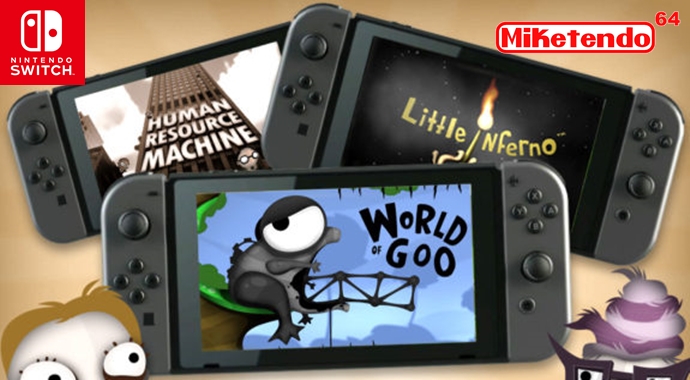 If you find the Nintendo Switch’s launch line-up lacking in quantity, Tomorrow Corporation have just revealed 3 more launch titles for Nintendo Switch, a reveal that you can now see here:

“STEP ASIDE! The door to the Tomorrow Corporation vault is about to burst open… Locked away for literally decades, three multi-award winning games will once again be available for a new generation to enjoy.

On March 3rd, 2017, with the release of the Nintendo Switch, players around the world can once again experience three classic games, re-united on a fantastic new console from Nintendo:”

“And for the first time ever, all three games will come bundled with their full original soundtracks. Tomorrow Corporation’s intrepid interns have created a new Soundtrack Mode, where players can explore Kyle Gabler’s wonderfully bizarre music in this special mode, available only on Nintendo Switch.

We here at Tomorrow Corporation are some of Nintendo’s biggest fans, so we’re excited to be part of this new adventure alongside players at home, on the road, on the train, on the roof, or wherever it is kids go these days!

The vault is rumbling…!”

However, since it hasn’t been clarified if all three will be available individually, or part of a package deal, hopefully we’ll get some news on that soon.