“The 3DS is Here to Stay!” Says Reggie 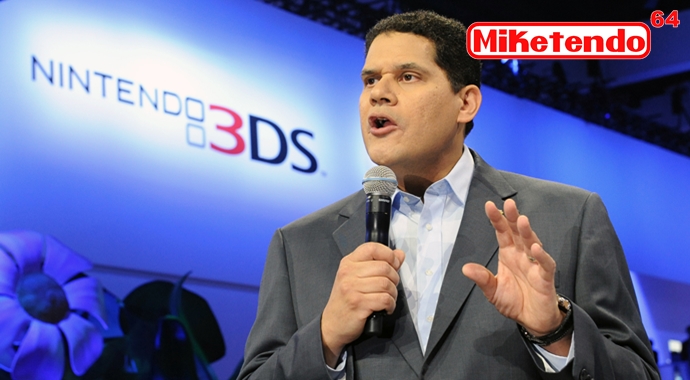 There can be no denying it, Nintendo have killed the Wii U and are ready to put it out of its misery, but what about the 3DS?

No matter here I go, or who I talk to, gamers the world over are of the opinion that the 3DS is also dead and going the same way as the Wii U, but it’s simply not true. While a successor is “rumoured” to be revealed later on this year and “release” sometime in 2018/2019, the 3DS does have a number of big games lined up for release this year and there is even a rumoured Zelda title as well, so Nintendo are in no hurry to end it just yet. In fact Nintendo America President, Reggie Fils-Aimé even stated as such, during an interview with Wired:

I think there’s a sense that Nintendo Switch is a portable device. It is portable. But at its heart, it’s a home console that you can take with you on the go.”

So there you have it naysayers, the 3DS is here to stay, for at least another year or two, so there is no hurry abandon it in favour of the Nintendo Switch any time soon.

One thought on ““The 3DS is Here to Stay!” Says Reggie”