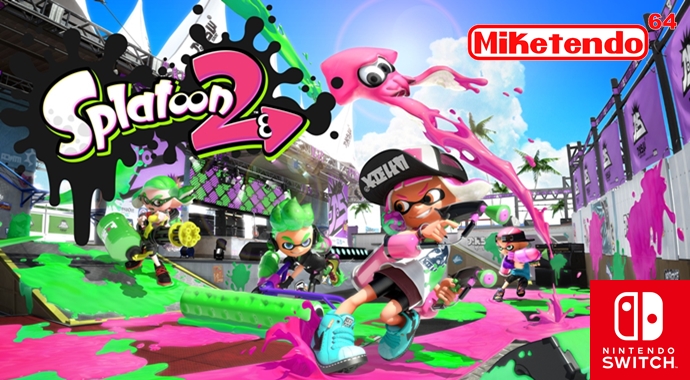 In a surprising twist Splatoon is not being ported to the Nintendo Switch because instead of a port, we’re getting a full on sequel.

A sequel that is set two years on from the events of the last game and will see some “favourite characters” from the last game make an appearance, but that is all Nintendo are willing to say story wise. But while it is a shame, at least we have another fact sheet for you to read through and some more Nintendo Treehouse Live! footage:

Ink Splatting action is back and fresher than ever:

“Get hyped for the sequel to the hit game about splatting ink and claiming turf, as the squid-like Inklings return in a colorful and chaotic 4 vs. 4 action shooter. For the first time, take Turf War battles on-the-go via local multiplayer in portable play styles. You can also compete in frenetic online matches like before. Two years have passed since the release of Splatoon, and two years have also passed in the game world, leading to an evolution in fashion trends and new styles of weapons and gear. Staying fresh never looked so good.