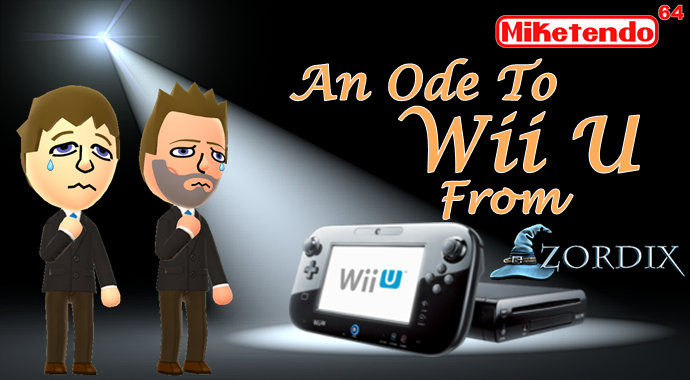 An Ode to Wii U From Zordix AB

What’s that? It’s time for another instalment of An Ode to Wii U, our interview series, which sees us talking to indie developers to see what they thought of the Wii U? Sounds good to me!

Answering our 4 questions today is Matti Larsson of Zordix AB, a company that has brought a whole range of titles to Nintendo platforms in the past, and will soon be bring Aqua Moto Racing Utopia to the Wii U. So without further ado, it’s time to see what he thinks of Nintendo’s current home console:

“The Wii U is a Console to Love for Many Reasons:”

Matti Larsson: “I personally think the Wii U is a console to love for many reasons. I like the separate screen that makes it possible to continue playing while another person watches TV. The controls are very nice and the games are really good.”

Miketendo64: “I absolutely agree, the games are good. The Wii U may not have had quantity, but it did have quality and at the end of the day that is what matters most to die-hard gamers.”

“A grand challenge for a small developer:”

Matti Larsson: “It was initially very easy, but it gradually became harder when more content was added. Our first big TV (home) console game Aqua Moto Racing Utopia is very technical and had to combine 30 different techniques just for the water to look nice. A grand challenge for a small developer. We also chose to include split-screen multiplayer which is very nice but tricky.”

“I am  fortunate to play the Wii U with my Children:”

Matti Larsson: “I enjoy all Mario and Zelda games on the Wii U and I am fortunate to play the Wii U with all my children who are 16, 14, and 4 years old.”

Matti Larsson: “The Wii U has a special unique design that I like. Only thing I’m missing is more processor power compared to the competition. This forces game developers into creativity, which is good but it means that a lot of third party games didn’t come to the Wii U.

The 3DS has more games and that has probably been one of the big success factors for it. It is very exciting for us at Zordix to be part of the 3DS eShop with Real Heroes: Firefighter 3D, Aqua Moto Racing 3D, Snow Moto Racing 3D. And our classic retro style games 1950s Lawn Mower Kids and Valet Parking 1989. That’s a lot of games available on 3DS and a natural next step for Zordix is the bigger consoles Wii U and Switch.

Together with the 3DS, the Wii U for me represents Nintendo’s real entry to downloadable games with the launch of the eShop. The 3DS has been very successful and probably since you can bring your 3DS with you in the car, your room or anywhere you want. That thinking is a good starting point for the Switch.”

As always, we’d like to take this moment to publically give our thanks to Matti for being a good sport and answering our questions and if everything goes as it should, you can expect to hear a lot more from Matti in the coming days as we’ll also be posting another interview with him that is more Aqua Moto Racing Utopia focused, so stay tuned for that!

For more An Ode to Wii U goodness, be sure to Like & follow us on Facebook, or Follow us on Twitter to be notified on the next instalment as soon as it is posted. Or you can just click on this link right here and check out some of our previous An Ode to Wii U interviews:

But why should all the game devs have all the fun? If you have something you want to say regarding the Wii U, no matter how long or short it is, why not comment it in the comments section below? Or even send us an email to miketendo64@gmail.com. Should we get enough responses, or even just lengthy responses, we’ll post it as an article. So what are you waiting for? Make your mark on the Miketendo64.com today with your own Wii U stories and thoughts!