(Michael Gamble is At it Again) Mass Effect: Andromeda Will not Be Coming to the Nintendo Switch (Unless there is Demand for It) 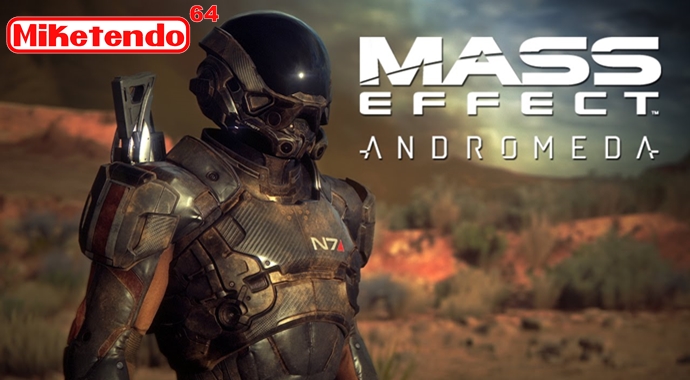 Remember back in October when BioWare Producer ruled out porting Mass Effect: Andromeda to the Nintendo Switch? Well he’s at it again.

During an interview with Stevivor, Gamble covered a few things pertaining to the upcoming Mass Effect title and interestingly enough, talk soon turned to porting the title to the Nintendo Switch. As of right now there are no plans whatsoever to bring the game to Nintendo’s next console, but there is a glimmer of hope for Nintendo gamers, as Gamble did admit that if there was enough interest in it, than a Switch port could happen. Here’s his exact words:

“Yeah, not right now, no. We’re not planning on it. If the Switch launches and everyone’s just yammering for Mass Effect, who knows? We never want to close doors like that.”

Personally I would love it if the game did come to the Switch as it would be a great addition to the console’s library, but whenever Gamble speaks out regarding a Switch port, he always leaves me torn. At times he often comes across as being contradictory, by the way he often says “it’s not happening, although there is a chance,” but more than that, it actually feels like he does want to do a port. That he is interested, but the only way to get everyone else to sign off on that is if there is enough of a demand for it from Nintendo gamers, hence him taking to social media and baiting us.

When someone tells us no, we often want whatever it is we were just denied even more so and at times it feels like that is exactly what Gamble is doing. He’s telling us “no” months in advance to get us riled, to get us interested and demanding such a port. But then again, I could just be reading into it too much, but with its release drawing ever nearer, more Mass Effect news is on its way and since the interview is worth checking it out, you can find a link to it right here:

But what do you make of Gamble’s actions? Do you think he’s been straight with us or downright playing with us? Let us know!

One thought on “(Michael Gamble is At it Again) Mass Effect: Andromeda Will not Be Coming to the Nintendo Switch (Unless there is Demand for It)”