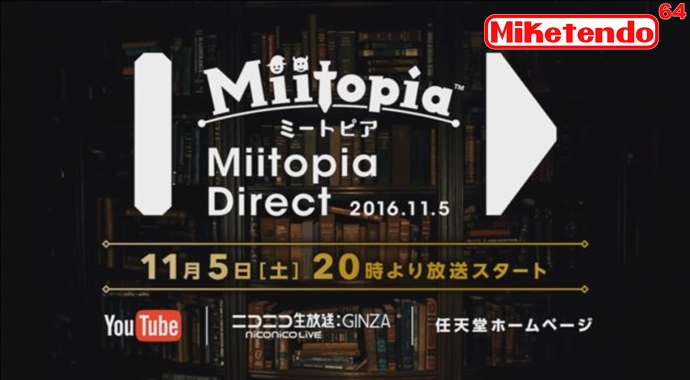 HWhile the European and North American Nintendo Directs were solely focused on Animal Crossing, the Japanese version touched on Miitopia.

Although it didn’t say much, actor Ryunosuke Kamiki did give us the release date (December 8th) and revealed that Miitopia, will be getting its very own Japan only Nintendo Direct, which is to take place on the 5th of November (This Saturday.)

As nothing has been said about bringing the 3DS title to the likes of Europe and North America, it really does look like the retail available title, is just a Japan exclusive, an exclusive that can now be pre-loaded on the Japanese eShop and going by what is shown in one of the preview videos for Miitopia, it seems the game comes with amiibo support as well.

And since NintenDaan has been kind enough to get take and upload some footage already, you can see it here: