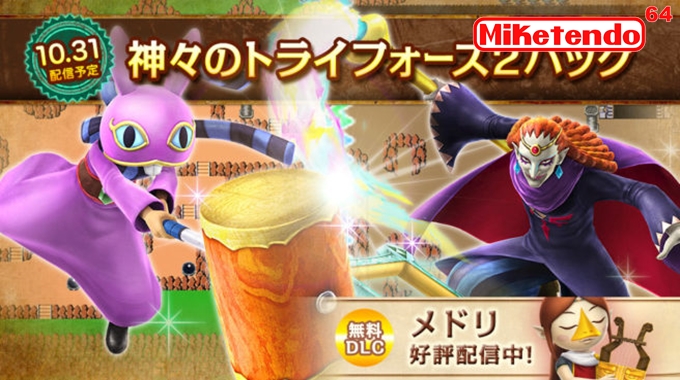 So I Think I’m in Love with Yuga! (Hands on with the New Hyrule Warriors Legends DLC)

The final dlc pack for Hyrule Warriors is out and having played as Yuga and Ravio on both versions of the game, I think I’m in Love with Yuga!

His moves are actually pretty sweet and talk about powerful! Sure he may not have been the greatest of villains in a Zelda title, but his skills with a painting and lightning is not to be snuffed at. He’s fast, deals damage and he looks good as he does it. He certainly is going to be one of the characters I actually look forwards to using and that is a great thing as it means I can give Link a break and spend more time completing the Lorule Map with someone else instead.

So yes, I love Yuga. I know you found your courage Ravio and you’re moves aren’t too bad either, but between you and him, I just don’t see myself playing you all that often and since Mike Scorpio has already uploaded footage of the two in action, it’s only fitting to share it below, then just as soon as you’ve watched it, you can tell us who you think fights better? The Coward, or the Villain?

And since you have come all this way, here’s a bunch of photos from the new update & dlc pack:

Hopefully this will not be the final dlc we see for Hyrule Warriors, as there is space for one more Warrior, but honestly, I’d settle for a Breath of the Wild costume when the game releases next year. How about you?


Categorised in: 3DS, Footage, Hyrule Warriors, Miketendo64, The Legend Of Zelda, Wii U