Out Now in Europe! Gurumin 3D Has Landed in the eShop! 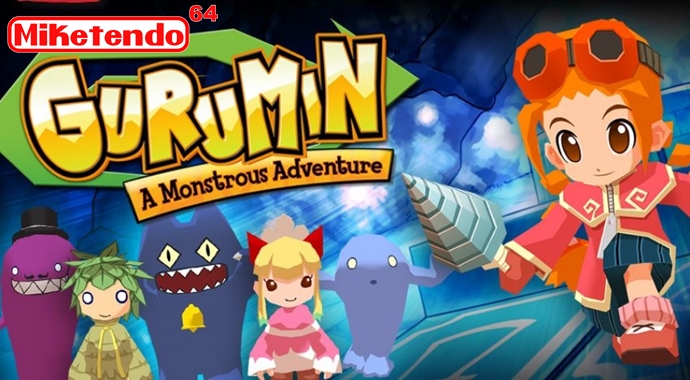 After arriving in the North American eShop exactly two weeks ago, Gurumin 3D has landed in the European eShop and if you have yet to download it, how about we check out the extended trailer and hear from Mastiff Games as they tell us all about the game and fill us in on the perk of purchasing the title:

“Fellow adventurers, the time has come to set out on the ultimate 3D adventure! Video game publisher Mastiff today announced that Nihon Falcom’s action-RPG, Gurumin 3D: A Monstrous Adventure™, is now available across Europe in the Nintendo eShop for the Nintendo 3DS™ family of hand-held systems for €14.99.”

“As a special limited-time bonus, fans who purchase Gurumin 3D: A Monstrous Adventure from the Nintendo eShop from October 27 through November 29, 2016 will also receive the “Gurumin Party Time Theme,” a theme that they can use to decorate the home screen of their Nintendo 3DS system. The Gurumin Party Time Theme features the cast of Gurumin 3D bursting into action atop a vibrant backdrop, and also features custom folders and music unique to the theme. And to coincide with the game’s release, several additional Gurumin 3D themes will also be made available for purchase from the Theme Shop on the Nintendo 3DS system.”

About Gurumin 3D: A Monstrous Adventure:

“Gurumin 3D: A Monstrous Adventure stars a strong-willed young girl named Parin, who is sent to live with her grandfather in a small mining town while her archeologist parents are off excavating an ancient ruin. No other children live in the town so Parin is surprised to find a young girl about to be attacked by an angry dog. Parin rescues the girl and learns something even more shocking – her new friend is a monster, and like all monsters, invisible to adults.Parin is soon invited to the mysterious Monster Village, which just so happens to be hidden right behind the town. Parin has just started making monster friends when evil spirits, known as Phantoms, invade the village and ‘monsternap’ most of the inhabitants. Parin learns of the Legendary Drill, a weapon accessible only to the chosen, and powerful enough to eliminate the Phantoms. Thus begins Parin’s quest to reclaim the Legendary Drill, drive out the Phantoms and set the world right.”

But if you’re still on the fence about it, you are more than welcome to leave it a couple of days, while we work on our review. If you like what you read than Gurumin 3D is a 3DS title for you and if it’s not, well at least our review saved you a few bob to put towards another game instead.