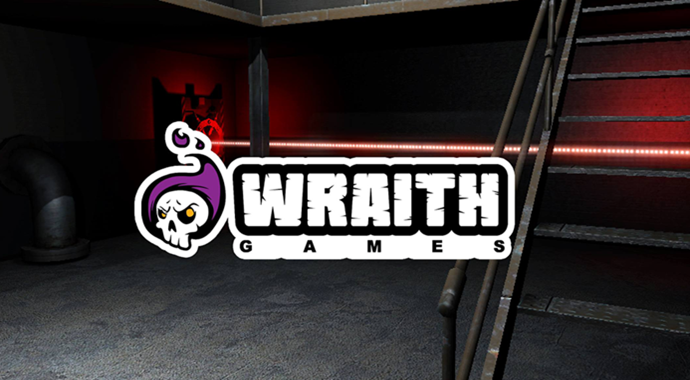 Time for some more Nintendo Switch related content and this time the news comes from Wraith Games.

Prior to the reveal of Nintendo’s newest home console, we got the opportunity to interview Wraith Games and although we haven’t posted our huge interview just yet, there is some news we simply must share today. So consider this a spoiler if you want, but we will be sharing two questions and answers from our upcoming interview and you can all that right here:

*Be advised the interview took place prior to the official Switch reveal, so instead of seeing Nintendo Switch, you will see instead see NX, but we are in fact talking about the same console

M64: “Collapsus isn’t the only game you aim to bring to Nintendo platforms, only their release won’t be for quite some time. With that in mind, is there any chance we could hope to see Physix and Burst Lancer release on the NX?”

WG: “That’s certainly the plan! Now, we haven’t gotten to take a peek at the NX yet, but as soon as they let us, we’ll be getting that dev kit! There’s actually a possibility that you may be seeing Burst Lancer and a “real” version of our game-jam prototype Radarkanoid on the Wii U. We’re not 100% on it yet, but depending on when Nintendo launches the NX and when Burst Lancer and Radarkanoid are done, we may beat them to the punch!”

M64: “Now unlike Physix, the gravity-defying first-person puzzle game we have actually heard about, Burst Lancer is a game we’ve heard very little on. Is there anything at that time that you can say about Burst Lancer and how it compares to your other works?”

Burst Lancer is a 2D fighting game (planned for up to 8 players) with a primary focus on couch multiplayer. You play as a knight with a massive drill-headed lance (called a Burst Lance). On the back end of this lance is an exhaust which allows you to streak several feet in a straight line (on the ground, in the air, up, down, back… whatever) whenever you make an attack. You can do this three times without having to land back on the ground first (you can use this to change directions mid-air, as well). This is called “bursting”. You also have a shield that can be pulled up that allows you to knock opponents away. Thing is, though, that you can’t use the shield while moving, and you can only guard in one direction at a time where your thumb stick is pushed.

Now, where it gets really interesting is that if you get hit once, that’s a life lost: there’s no health meter. So the game centers around brief iframes (invincibility frames) while you’re bursting and pain states (a frame or two where your opponent loses footing after their lance hits your shield where they become vulnerable to attack). It’s all very easy just to pick up and fool around with, but it takes a lot of skill to master the underlying systems.

All this is still very work in progress, but the final game will probably play much like that.

As for how it compares to the rest of our work, well, out of the games we’ve released (FlyGuy and Radarkanoid), the games we’ve publicly demoed (Collapsus and Physix), the games we’ve officially announced (Jet Pack Hero, “Cave Worm”, and Burst Lancer), and the unnamed planned projects we’ve just sort of let slip (as well as the awful, incomplete prototypes for our early days), you can probably tell that we don’t really like “repeat performances” (for lack of a better, presumably less pretentious phrase).

So depending on how things go, we could be seeing games for the Nintendo Switch, or just the Wii U, but seeing as the information above is merely an extract of the complete interview we have coming, we’ve got plenty more tidbits and key information coming soon.