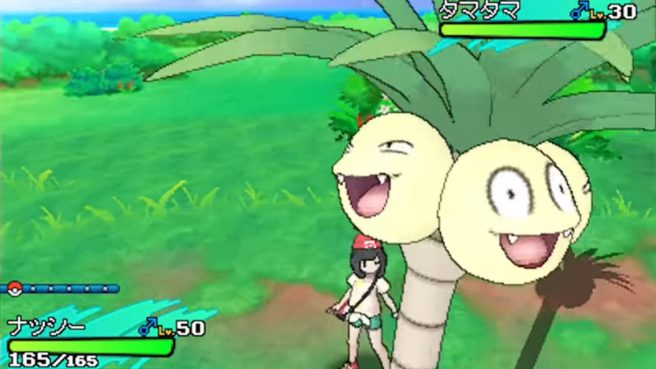 When we first laid eyes on our first ever Alola variant Pokémon, Alolan Exeguttor, a lot of us were blown away by the transformation. Who wouldn’t be? But then Alolan Exeguttor performed a sweet looking move and we never got a name, until now.

The move is called Dragon Hammer and it is an entirely new move for the Alola Region, and going by the footage shown at the end of the recent Nyannyan Mario Time show, Dragon Hammer packs a punch as an Alolan Exeguttor uses the move to KO an opposing Exeggcute in a single hit.

Besides the fact the move is Dragon-type, and that it is quite powerful, not much is actually known about the move, but with another information drop set to hit next week, maybe we’ll get to learn more about the move then.