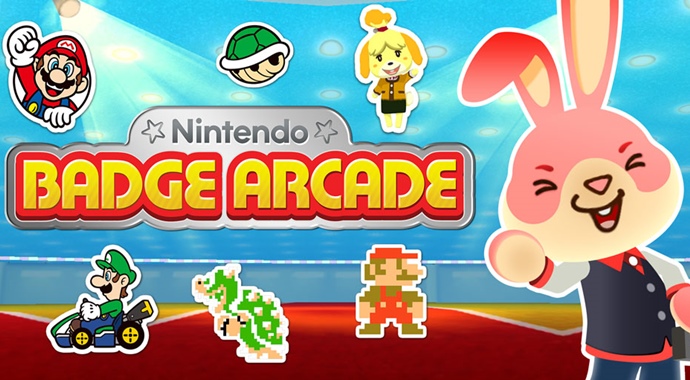 Since the initial release of Nintendo Badge Arcade, in Japan on the 17th of December, and then in Europe and North America 11 months later, the Arcade Bunny has been charming us all ever since and now it looks like we could see a little more of him.

He’s already had a cameo appearance in Super Mario Maker, as an unlockable Costume for Mario to wear, but now it seems Nintendo could be considering giving the Bunny he’s very own amiibo. At least that’s what it seems like due to a certain question Arcade Bunny is asking the players who enter the arcade these days.

This isn’t the first time Nintendo approached us like this for our feedback and it won’t be the last and it looks like if Nintendo get enough positive replies, an Arcade Bunny could become a reality, but just don’t expect it anytime soon. We are after all still waiting to hear about the Cloud, Corrin & Bayonetta amiibos for Smash, but Nintendo are still keeping quiet on that one.

But even if an Arcade Bunny amiibo did become a reality, what purpose will its amiibo serve? Would we get another game to play, but only if we have the amiibo? Or would it be something like free extra plays, or even double the plays we have already? Something like that would be good to see implemented and make buying the amiibo worthwhile as it could actually save you a few purchases in the long run.

For now though, this is simply a hypothetical question/scenario, we’ll just have to wait and see if Nintendo get enough positive answers and follow through with it or not, but since we have you here, would you like to see an Arcade Bunny amiibo or do you see it as one amiibo we just don’t need? Let us know!