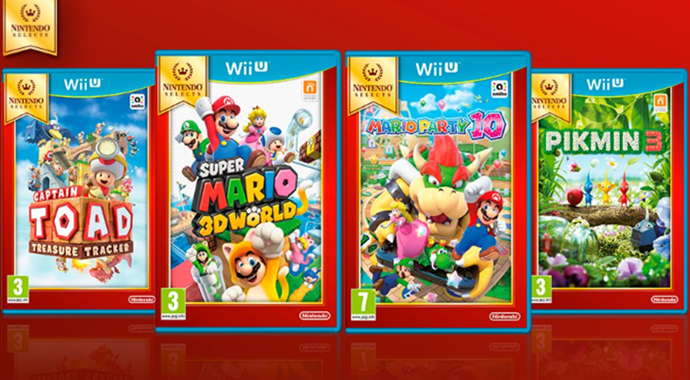 If you live in Europe and thinking about which game you’re going to buy next for your Wii U, well this September might just provide you with an ideal solution.

As well as Axiom Verge, four new titles will be available as part of the Nintendo Selects range, so for the first time ever, you can pick up a copy of Captain Toad Treasure Tracker, Super Mario 3d World, Mario Party 10 and Pikmin 3, at a much more affordable price. Granted you will have to wait until the end of the month to get them, but since a lot of us have been waiting a long time already for the games to drop in price, waiting another 6 weeks is nothing.

Ready for adventure! These Wii U games are all joining the Nintendo Selects range on 30/09 pic.twitter.com/mU21dZmxMa


Categorised in: Nintendo, Wii U