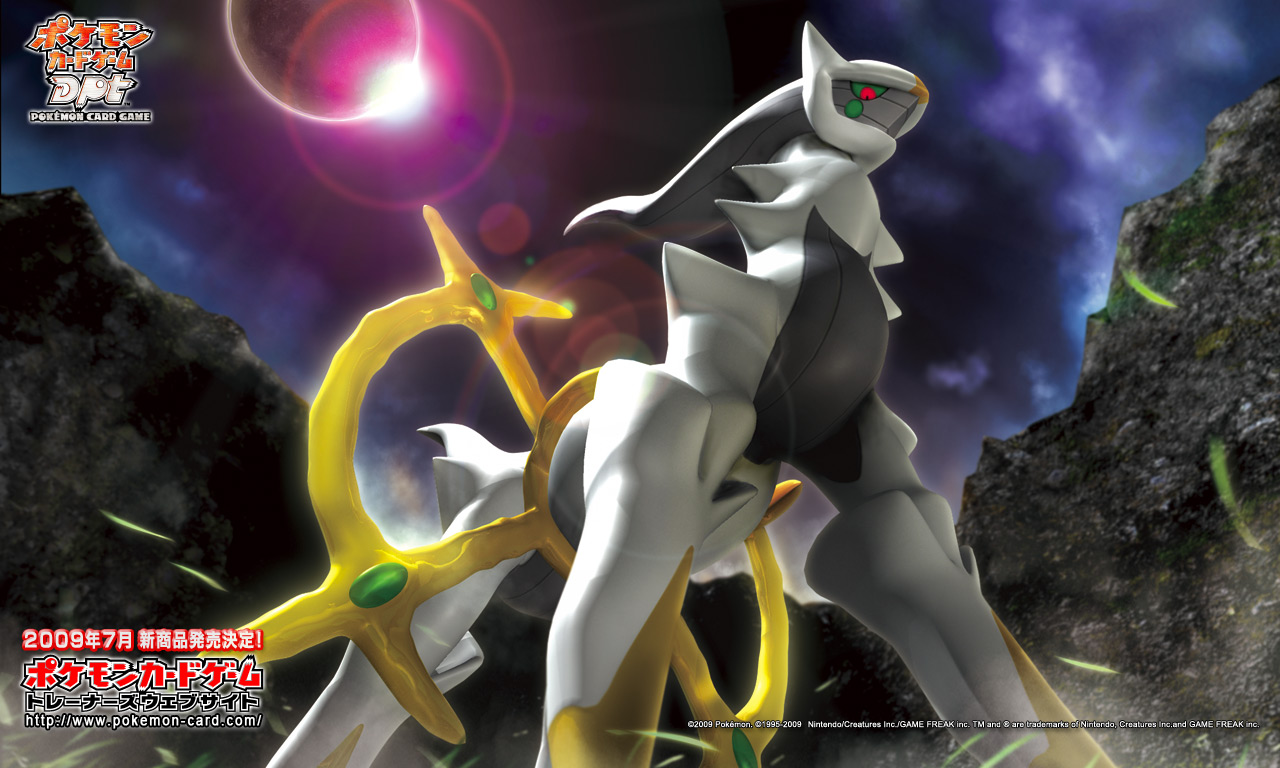 With the Mythical Shamin distribution set to end this Sunday for those of us in North America, Europe and Australia, you literally have just a few hours to snag up your very own Shaymin before he’s gone for good. But that’s okay, because next month, we get to spend August with Arceus!

Mew may be the “Ancestor of all Pokémon,” but Arceus is the Pokémon that hatched from an egg and shaped the entire Poké world as we know it! Now we could get into an argument about exactly which one came first, or we could instead skip that and talk about the distribution that is set to take place next month.

Just like with all the other Mythical distributions, Arceus will be sticking around from the same length of time (in most places,) as the others, (August 1st to August 24th) but instead of nabbing him via the Nintendo Network, you will need to get a code and depending on your country, your distribution points will vary, but in light of all the previous distributions we’ve had already of this kind, we have compiled a list of all known distribution point and adapted their dates to fit the month of August:

Please be advised the list isn’t final and is prone to change, should alternate details pop up and for a lot of you who get the code from GAME stores, you will need to take your 3DS in with you and just in case you’re wondering if Arceus is going to be worth the hassle, he is Lv.100 with the ability of Multitype and following moves:

Just in case you’re now convinced and don’t know what to do once you have your code next month, the process to claim the Pokémon for your ORAS or X&Y game, is a simple enough one as our step by step guide below shows:

How to Receive your Arceus:

-First turn on your device, load up the ame and access Mystery Gift.

-You will be asked: “You will be connected to the Internet. Would you like to continue?” Click “Yes” to confirm.

-Input your code. Provided it is correct, a git will be found (Arceus.) You will be asked: “Receive this Gift?” Click “Yes.”

-You will see a box saying “Receiving your gift… Don’t turn off power.”

-Gift will then be received along with the associated Wonder Card.  The card thanks you for playing Pokémon and tells you that you can pick up your gift from the delivery girl at any Pokémon Centre.

-Lastly, go to a Pokémon Centre of your choice, and speak to the delivery girl. She will then give you your Arceus. (Whoooo!)

Should our guide not be clear enough and you feel you need further explanation, you could always use the link to the official Pokémon website and click on instructions:

May the August special be a Pokémon you need to bring you one step closer to completing your Pokédex.