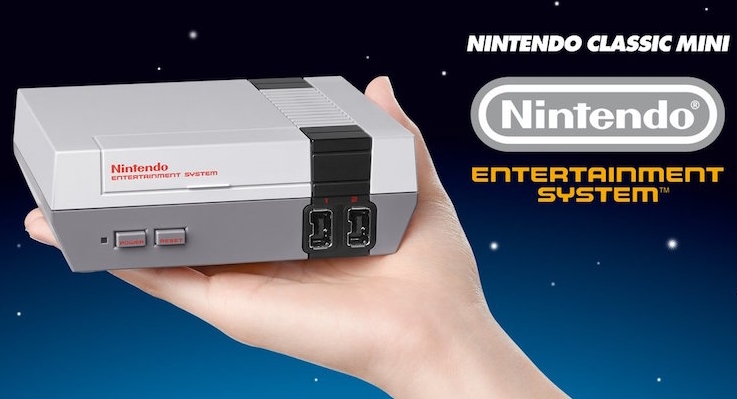 The Return of the NES, Nintendo’s Next Home Console

*UPDATE (14/07/16): The Nintendo Classic Mini: Nintendo Entertainment System (European Name,) is now available for pre-order on Amazon.co.uk and will cost you just £49.99. Also it does not connect to the internet. It does not play any other game than the 30 that it comes with and it does not open up.

The NX may be Nintendo’s next gen home console, set for release in 2017, but their next console will be a true blast from the past because ladies and gentleman, releasing in November of this very year, is the Nintendo Entertainment System Classic Edition.

If you like me, loved the NES and the quality games that were released on it, which went on to shape gaming into what it is now, you will LOVE the NES Classic Edition! It is after all a “a near-identical, mini replica of Nintendo’s original home console” that you will be able to plug into your high-definition TV via a HDMI cable, which is included with the console, which will release in  both North America and Europe on the 11th of November.

Other than nostalgia for older gamers, why should you buy this console? Well how about for starters the fact that this NES comes with 30 games built in, games that went on to inspire most modern games? And how about the fact it would enable you, the gamer who most of you would have started your gaming lifestyle, with a NES, the chance to let you enable any children you may now have, the chance to also experience the console where most gaming legacies began. One thing I should mention though, for those of you in the UK, it will not include an AC adapter, so you will have to bear that in mind.

And now that we have the cost of it out of the way, what about the games themselves? Well you can find the full list below:

Zelda II: The Adventure of Link

Now I know some of you may feel this could be something of a cop-out because you would rather just have the NX released instead, but I’m actually really excited about this and you know it’s cheap and comes with quality games, so you can’t moan at that. Even better, it makes for the perfect birthday present for one Mike Scorpio who just so happens to have a birthday in November. But what about you? Are you overjoyed by this news, or do you find it more displeasing? Let us know!