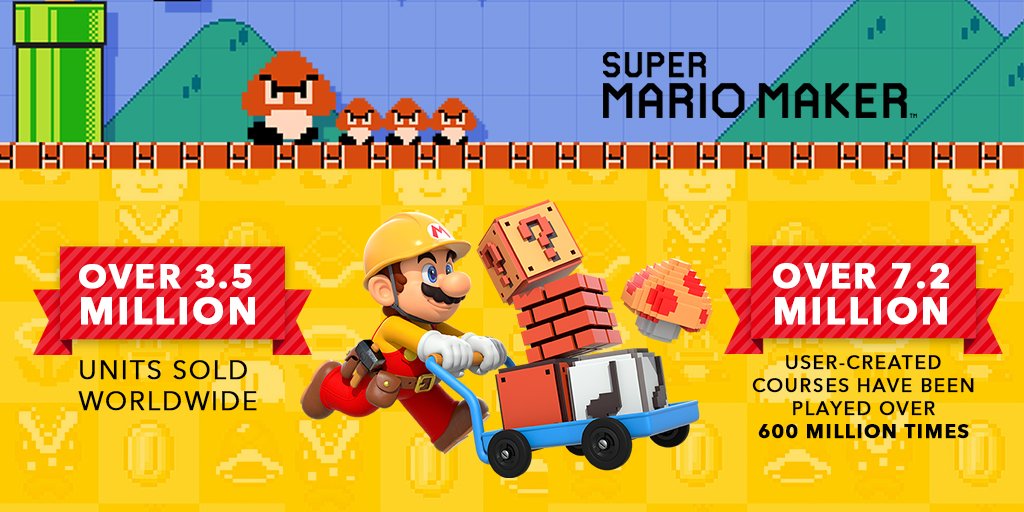 Taking to Twitter, Nintendo of America have revealed the latest numbers for Super Mario Maker, numbers which include how many units sold worldwide and courses created.

Just how many courses have been created? Only 7.2 million, which have been played over 600 million times. Then again the 7.2 million user created levels isn’t as nearly as impressive as you think it could be, considering as how 3.5 million copies of the game has been sold. On average that equates to 2.057 courses made per person, provided everyone who owns the game makes course.

The weird part is, I have 54 levels that I’ve created and all are still up there as part of the server and I know at least 20 people who can say the same. For Super Mario Maker to only be at 7.2 million courses, then at least a quarter to half a million levels a month must be being deleted, given the high numbers of users who are still playing and creating. Be sure to let us know what you make of these recent numbers.


Categorised in: Super Mario, Wii U