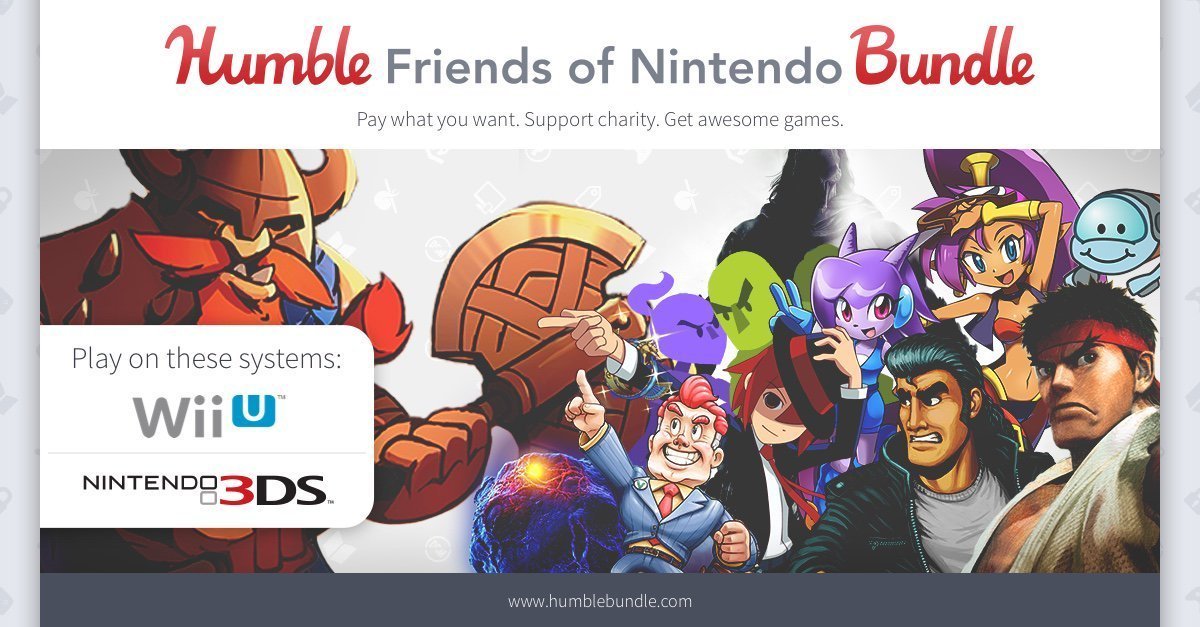 Time is up and the Humble Friends of Nintendo Bundle has finished. The time for donating to charity and getting a whole bunch of games are over, but just how does this year’s bundle compare to last year’s Humble Nindie Bundle?

Now here are the results of the Humble Friends of Nintendo Bundle:

The Friends of Nintendo bundle certainly made more of a splash by making twice as much as the last one, but then again, the recent bundle wasn’t just limited to the United States like the last bundle, but it is certainly proof that Humble Bundle are on the right track when it comes to charity and games for Nintendo consoles. The games that were available via the bundle have continued to find success in the 3DS eShop charts as 6 of the games take the Top 6 positions: (Can you guess which one is first?)

The bundle was certainly one of the best gaming bundles ever assembled and I’m glad I got mine. Did you? Or did you leave it too long? Let us know?