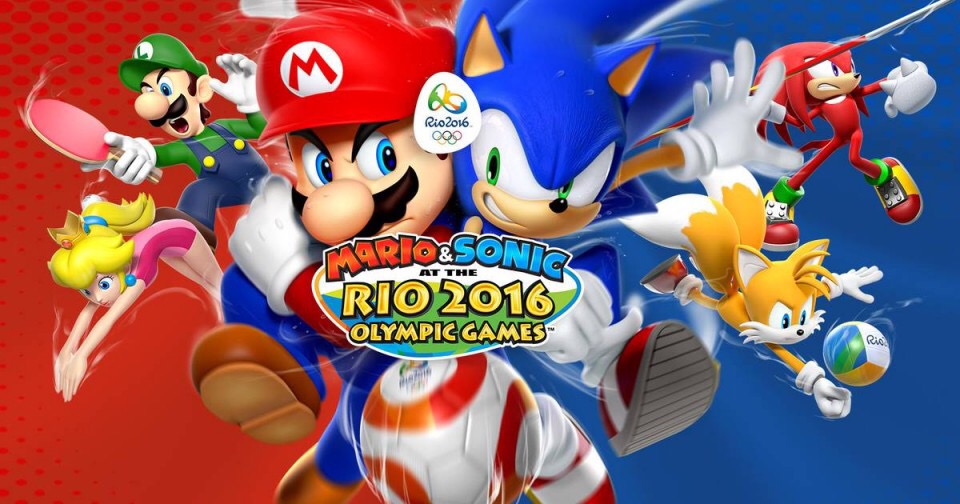 Mario And Sonic At the Rio 2016 Olympic Games- 3DS Review

Well first off I want to mention that I’ve never played any of the other games in this series. But a good friend of mine said once you’ve played one you’ve played them all. I started off on story mode (you can select the difficulty), where you can choose to train at Mario’s gym or Sonic’s gym. I chose Mario’s. Which meant at every event final I was up against a character from the Sonic games.

There isn’t much of a story, except Peach and Daisy occasionally mentioning ghost sightings. I felt this “storyline” wasn’t needed at all. It’s clear this is a spin off game and I don’t think anybody was really expecting a storyline.

Before competing in each medal event you can train at various gyms which offer different events. For example synchronised swimming, hurdles, relay, 100m, Javelin, shot put, basketball, archery, rowing, gymnastics, long jump, badminton and more. Doing so increases your stats for speed, stamina and power etc. You are also given fruit after each event that you can trade with Yoshi for new outfits that slightly increase your stats as well in the medal events.

The olympic medal events include beach volleyball, BMX, Golf, rhythmic gymnastics and swimming. You can also play a selection of some of the events in Free Mode, but not all which I was disappointed about. The game can be very fun at times but only in short bursts. As some of the events were quite frustrating and the controls were sometimes awkward. The game makes full use of every 3DS feature. Two events I really did not enjoy in particular were basketball and synchronised swimming. As it was asking me to hold only the top screen of my New 3DS XL and thrust the console around. Now if you have one of the newer models you will know that the top screen is much thinner and much looser. And I did not feel happy about holding the top screen. And I found it overly awkward anyway. I felt that the game was probably more suited to a 2DS. I also did not enjoy the very long winded Golf event. Where you just flick the stylus and hope for the best. There seemed to be no skill needed just luck. And if you don’t get under par for almost every hole you are not going to win.

Overall I spent about 7 hours on this game. Maybe 6 of those were spent on the main story, so it’s quite short. But you can then play it through again as part of the other gym. There were some events I did really enjoy – badminton, beach volleyball and rhythmic gymnastics. As I said the game is fun in short bursts but it is not worth the £30-£35 price tag and I will be trading the game in soon. I’d advise anyone to wait for the price to drop if you want to give this a go.
Overall I score it: 6/10
Written by Victoria Thorley (Head admin at Handheld Gaming Network on Facebook and YouTube).