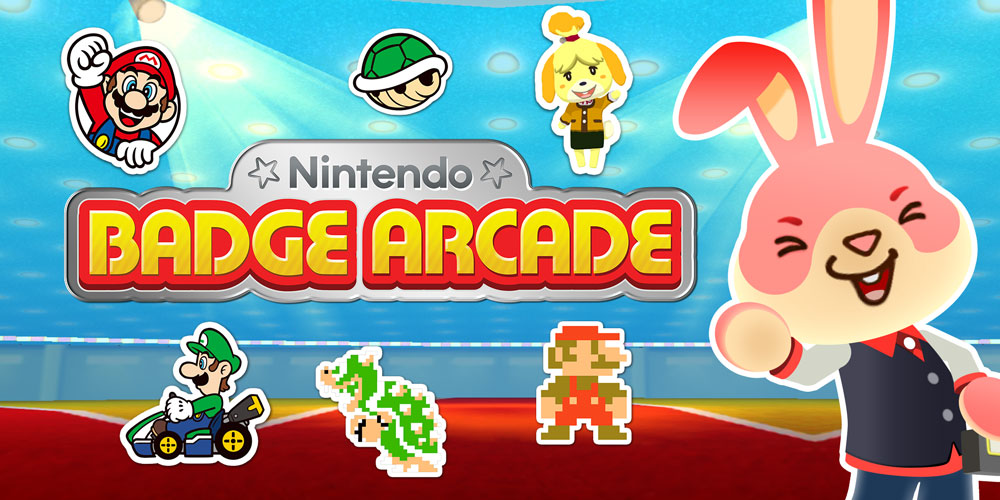 Badges, Badges everywhere, but Majora’s Mask is There not Here

On today’s topic of discussion, we’re heading back to Nintendo Badge Arcade and whereas the likes of North America can now get a batch of all new Majora’s Mask badges, the likes of Europe is stuck with Mario Kart 8 (which North America has also got), and Splatoon. Well, I know which one I’d rather prefer.

Just like in Mario Kart 8, there is a whole range of player badges to be acquired, which includes a theme that can only be brought provided you pay for two lots of five plays, or do the double buy and get 10 plays. The theme of course is one of a raceway, which you can decorate with items such as banana pills, blue shells and more, as a Lakitu can hover above the racetrack as Rosalina, Daisy and Peach can whizz by in both kart and on bike. As for the Splatoon sets, Octolings and squidlings are available, which includes Inkling girl in her schoolsquid outfit. Weapons, paint splats of different colours and squidlings in their squid form.

Majora’s Mask 3D however, well there’s six new panels, 33 badges in all, which include various masks, the moon, some weapons and instruments and annoyingly I didn’t have it, so I’m just going to have to wait for as long as it takes for them to finally come to Europe, grrr. Still it is interesting to see how even on different continents, the game continues to differ, whereas North America has the likes of:

At least I get to hold onto my change that little while longer though, while I wait for Majora’s Mask 3D to come over, but if it takes too long, I’ll be all spent out on Hyrule Warrior Legends, Twilight Princess HD and Pokken Tournament. Better make it happen soon Nintendo!