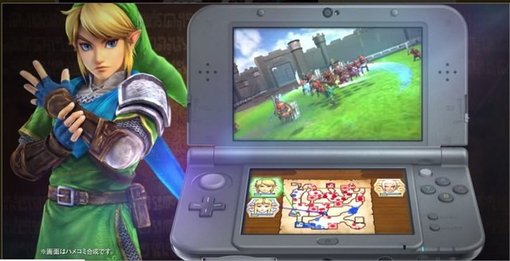 It has been over 8 months since the release of Hyrule Warriors on Wii U and over that time has spanned 5 amazing DLC’s to keep the game fresh and entertaining and has been pretty much unrivalled in that time. However it now has a competitor worthy to compete against, Itself. Hyrule Warriors is going to be released onto the 3DS. there have been some changes to the game as regards to gameplay and and graphics, much like Super Smash Bros. for Wii U and 3DS. A special Miketendo64 Direct is on its way today to show not only the leaked trailer and the comparisons between the two but also the availability of two new characters steeping into the fray, Tetra & King Of Red Lions from The Wind Waker.