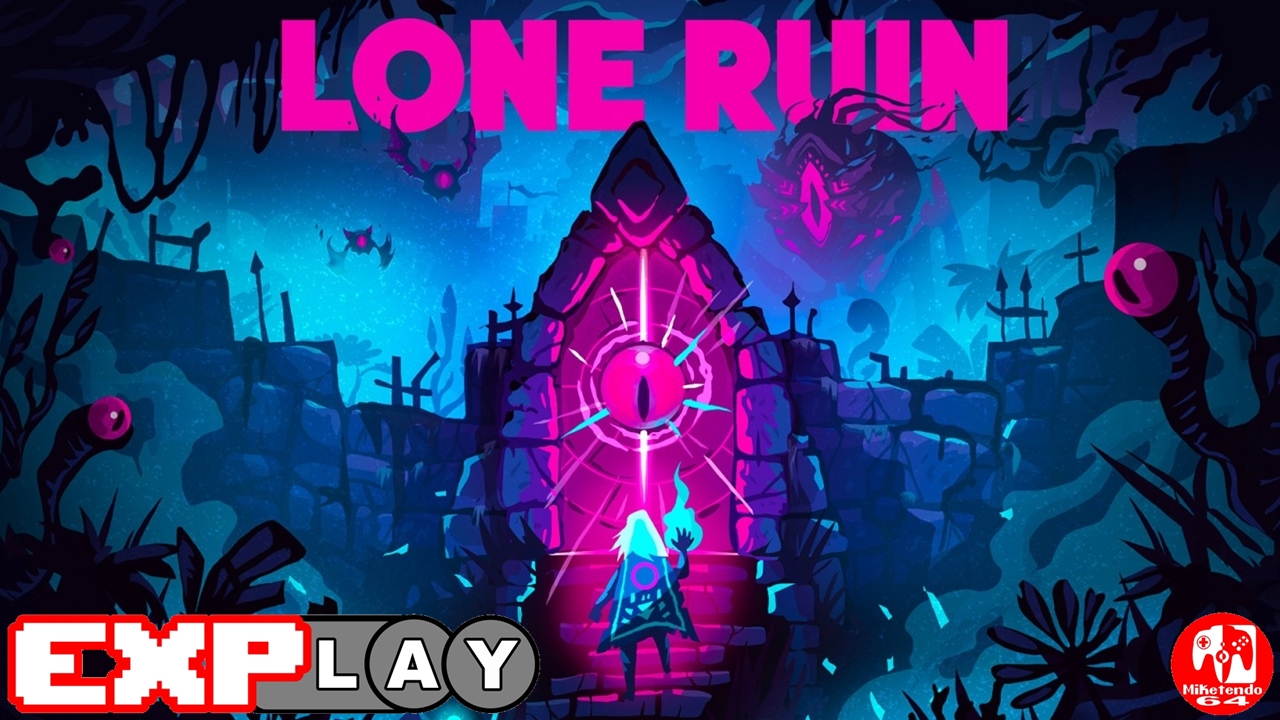 Welcome to EXPlay, (Explain & Play) the review series where we care not for scores but tell it how it is when it comes to every game we get our hands on, whilst also taking the time to include some lengthy gameplay, to give you the reader, the chance to shape your own impressions and views whilst watching and reading. In this installment, we’re covering Lone Ruin by developer Cuddle Monster Games.

Lone Ruin is a roguelike twin-stick shooter game where the player must navigate a series of dungeon chambers and cast an assortment of magical spells to vanquish their foes. The game is developed by Cuddle Monster Games and is published by Super Rare Games. It is the second title published by Super Rare games’ Super Rare Originals publishing label that focuses on publishing indie games digitally across multiple platforms.

The game’s story follows an explorer, adept at spell casting, who travels to a ruined city in search of a “mysterious ancient power”. The city was built upon a source of powerful magic and became home to olden mages, who established a civilization where people could live in harmony alongside magic over a thousand years ago. However, the magic corrupted the people of the city and drove them mad. The explorer arrives at the Lone Ruins hoping to claim the ancient magic there and free the city from its magical corruption once and for all.

The goal of Lone Ruin is to successfully clear waves of enemies throughout the game’s 15 stages. Being roguelike, the stages and rewards will change somewhat, each time you play. At the beginning of the game, there is a single friendly NPC who will give you the choice of picking one of eight different spells to start off with. Each spell has different effects from one another. Lightning for example is able to chain through several enemies that are in close proximity to each other. Shard allows you to fire multiple projectiles in short bursts. Having a varied selection of spells to choose from gives you the option to try something different each time and make each run a little different to the last one.

Once you have your first spell, you then have to pick a door. Each door has an icon or various icons which show you what reward is waiting for you upon beating the chamber. Single rewards will have fewer waves of enemies whilst multiple rewards will have considerably more enemies. After all, the bigger the reward, the higher the risk. The rewards can be anything from gold and replenishing health to upgrades and perks. You can also learn other spells to expand your arsenal which may be useful on certain enemies.

In order to beat the main game of Lone Ruin, you will have to clear its 15 stages. On every fifth stage, there will be a big bad boss waiting for you. Much like in every other game with a boss fight, these are strong enemies with a high health bar that you will need to chip away at. The bosses are always the same on each run so you won’t find any surprises when you come across them time and again. Do make sure to keep your health relatively high and try to have as many upgrades to your spells as possible so you can do optimum damage to them. They won’t waste time trying to end you so you do need to have your wits about you when fighting them.

Outside of the main game, there is a Survival Mode that has you go up against waves of enemies that get progressively harder each time. Both the Main Game and Survival Mode have three varying difficulties (Easy, Normal, Hard) and have their own separate Leaderboards. Every time a player dies or succeeds, their score will be calculated and their best result will be shared on its corresponding Leaderboard.

Lone Ruin is not a long game by any means. The Main Game and the Survival Mode can last about an hour or so each at most. However, its primary focus is on replayability and allowing players to work on getting the highest score possible in the Leaderboards. The gameplay is quite engaging when you get into it and while you may find it gets a little repetitive at times, you can always opt to use other skills and perks on another playthough to change things up a bit.

If you enjoy Roguelikes then this game should certainly be one to appear on your radar. For me, Lone Ruin brings the magic back into Roguelikes. It may seem to be a little on the short side but it surely makes up for it as you try again and again to improve on your high score and get to the top of the leaderboards. Not only that, the game also inspires you to do better each time as you learn from past mistakes and find what spells and skills work best for you to match your playstyle.