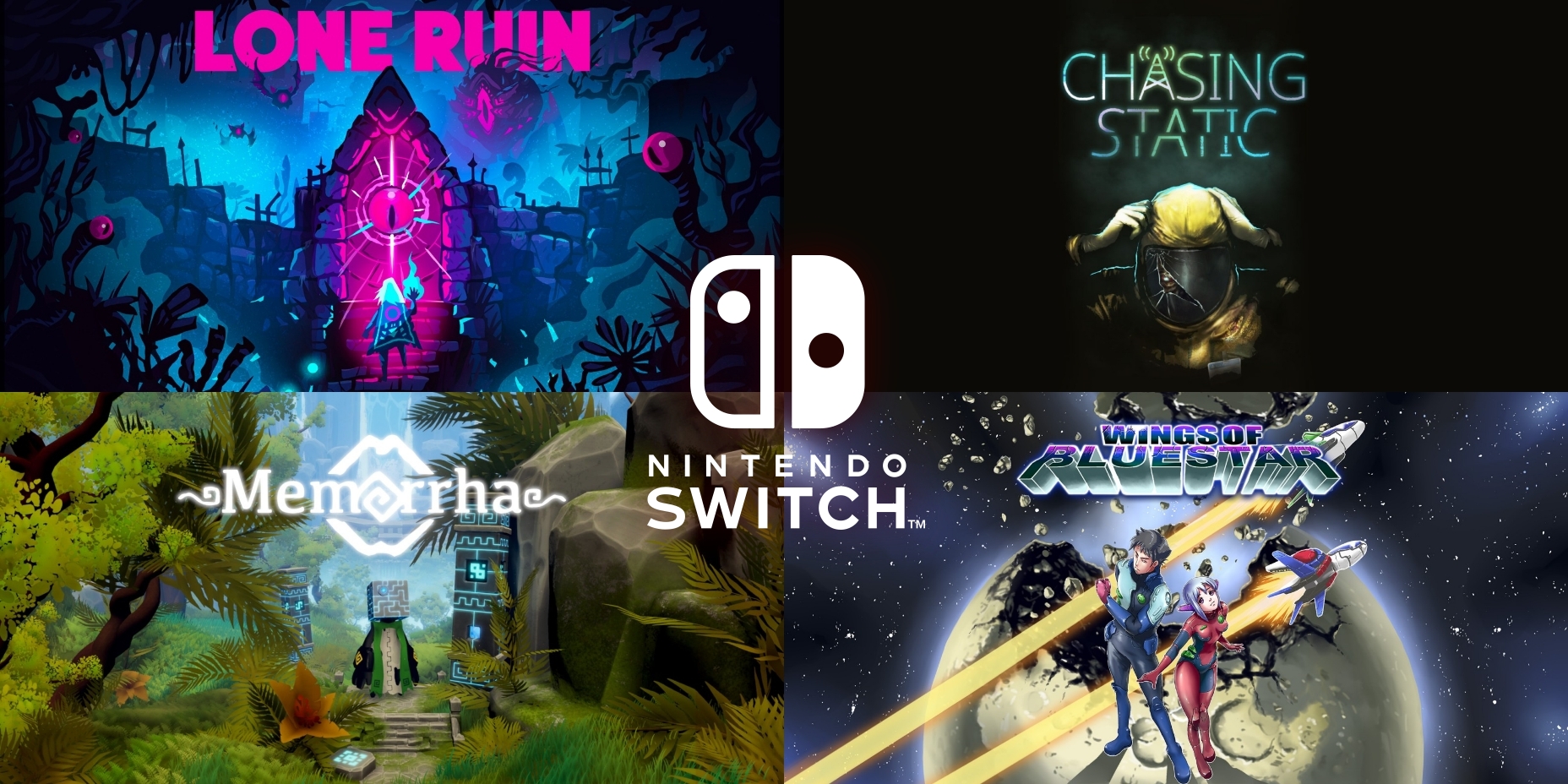 As January continues to properly get underway, welcome back to our efforts to highlight some formidable games all releasing on the Nintendo Switch. this month. Having already covered the likes of Maximus 2, Age of Heroes: The Beginning, Lost Dream Stars, and Children of Silentown, it’s time to showcase our next selection of four upcoming titles:

Lone Ruin is a spell-based roguelike twin-stick shooter with a focus on replayability. Play as an explorer who seeks a mysterious ancient power and venture in a ruined magical city, built atop a source of magic used by olden mages to power and transform themselves. Dive deeper and deeper, battling your way through twisted creatures, utilising your very own magic abilities to ultimately reach the center of the Lone Ruin.

An ancient city enveloped by magic. What once was a buzzy civilisation and people living in harmony with the magic surrounding them has long since been driven mad and twisted beyond recognition by the very magic that used to help sustain them. What could have corrupted this city? Having heard the legends, you, a gifted spellcasting explorer, arrive at these hostile ruins a millenia later with the goal of seeking this ancient power and finally cleansing the city of the corruption it was consumed by all those years ago. The answer probably lies in the center of Lone Ruin… if you can make it there.

Fight your way through blood-pumping battles and more than a whole host of enemies and multiple bosses in several distinct, hellishly vibrant areas. Don’t let the horrifying creatures get the best of you!

It’s dangerous to go ‘lone, so pick the spell that best fits your play style to survive the hazards of the Lone Ruin. Maximise your destructive magical setup combo through the many upgrades and customisation options available as you venture deeper into the ruins via your chosen path.

Looking for a different challenge? Take on the Survival mode for a timed, wave-based game mode. How long can you survive against the rising difficulty and increasingly tougher foes?

In the dead of night a fierce storm rages across North Wales. Miles from any town, Chris Selwood seeks refuge in a remote roadside café.
Shortly thereafter Chris experiences a horrific sight as he finds the café waitress pinned to the ceiling by something with fierce glowing eyes, he passes out waking up to the dusty old abandoned remains of the café.

Non-Linear Gameplay – Explore the world of Chasing Static at your own pace, uncovering it’s secrets in any order you please.

Solve the mystery of sleeping machines and learn more about their creators. A diverse and open world full of thrilling puzzles and secrets awaits you.

Blast off for a story-driven shoot’em up experience unlike any other! As mankind faces the remnants of a mysterious artificial intelligence, it’s up to trainee pilot Aya and veteran ace Zarak to investigate the resurgent threat against free space. Along the way, these defenders of peace will need to confront their past and learn more about themselves before they can uncover the truth of their enemies.

Combining elements of traditional side-scrolling arcade shoot’em ups with HD presentation, Wings of Bluestar is both familiar and modernized, accessible yet challenging. In addition to multiple ships, weapon upgrades and intense bullet hell gameplay, a deep narrative experience awaits with dialogue choices and multiple endings for both playable characters. To extend the experience even further, Wings of Bluestar features boss rush mode, training and a shop to unlock in-game rewards.