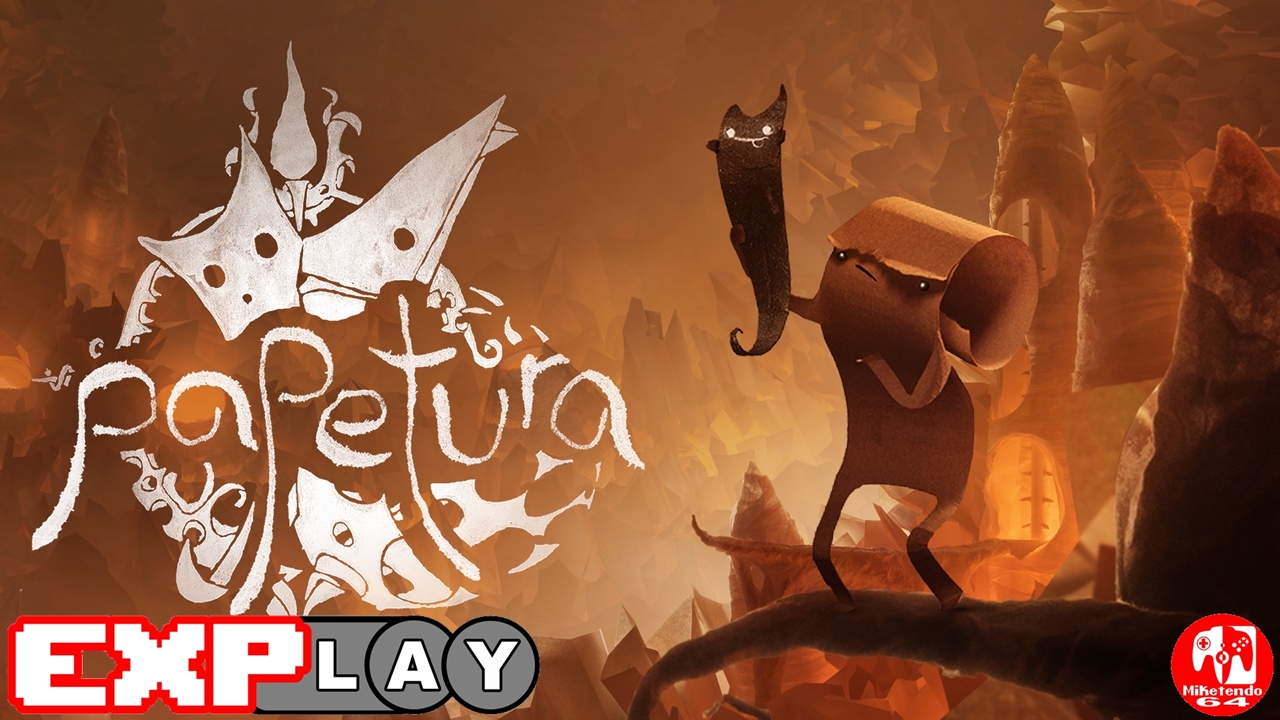 Welcome to EXPlay, (Explain & Play) the review series where we care not for scores but tell it how it is when it comes to every game we get our hands on, whilst also taking the time to include some lengthy gameplay, to give you the reader, the chance to shape your own impressions and views whilst watching and reading. In this installment, we’re covering Papetura by developer Feardemic.

Papetura is a dark, creepy 2D adventure puzzle game by Feardemic. It was developed by Tomasz Ostafin ‘Petums’ who personally spent countless hours creating, folding, gluing and cutting this paper-crafted adventure from the tiny little bugs that flitter around to the environments in real life before animating them for the game.

The game follows a paper creature called Pape who finds their world being threatened by a burning antagonist. As Pape goes on about their adventure, they find another creature called Tura. Tura helps Pape in a myriad of ways and by working together they can stop the fiery fiend and save their paper world home. The story, although never actually spoken, is revealed to the player visually through speaking with NPC’s and during cutscenes.

Although Papetura has quite a dark and somewhat creepy atmosphere, it is actually quite inviting and there is very little in the way of serious threats. The player takes control of Pape and has to guide him through the paper world, solving a variety of different puzzles as they go. Some areas are very dark and you have to find a means to illuminate them. In the beginning of the game, you will have to throw projectiles at certain bulbs to get them to light up. When you are successful, you will be able to move onto the next area. Not all puzzles revolve around lighting up the path ahead though. Some puzzles require you to find items like keys to open doors or lower water levels so you can access new areas.

There is next to no handholding in Papetura in the sense that you are never really told where it is you have to go or what to do. There are some NPC’s in certain areas that may help you work out what you need to do next and some require you to find a number of items and give them to them before they help you. If you find yourself stuck with no clue where to go next, you can press X button and a thought bubble will appear above Pape’s head, which will give you a hint along with a minigame that you will need to beat in order to get a clue on what you need to do next.

Papetura is not a very long game and it will take about an hour or so to beat it the first time around. However, I do find the game to be quite a rich experience and rather enchanting that I may revisit it again in the near future. If you enjoy rather unique titles that won’t take you an age to play through but can still deliver an immersive experience, do consider giving Papetura a try.