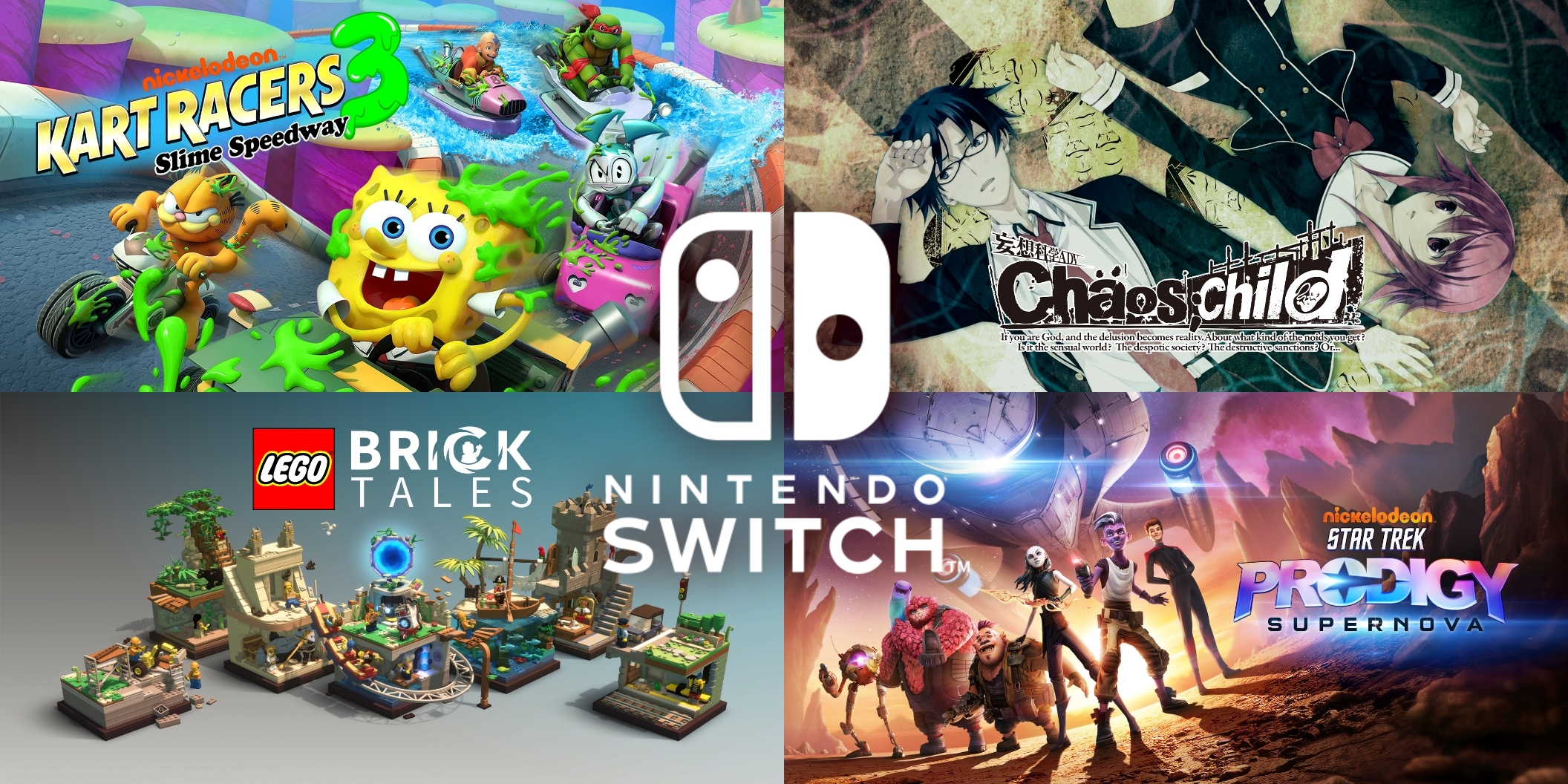 To combat this dreaded issue, we have gotten into the habit of highlighting the many games that are on their way to Switch and first up, we’re highlighting 16 games that are releasing this October, but so as not to overwhelm our readers, we are going to be highlighting four games a day, for the next four days. Having kicked off our October checklist yesterday, welcome back for Part 2:

October 2015, 6 years after the disaster known as the “Shibuya Earthquake.”

A series of strange incidents occur in the recovering Shibuya.

A body hanging and spinning from the ceiling of a love hotel.

People started to realize. The date is the same as the incident that occurred in Shibuya 6 years ago.

-Yes, this is the return of the New Generation Madness.

But – there is one thing. Just one thing is different. A mysterious sticker left at the crime scene.

No one knows yet that the mysterious sticker, which looks like a creepy sumo wrestler, will be the key to solving the NewGen case.
A committee of 300 working in the dark.

Their “fetal movement” will unleash the door of delusion once again…..

In LEGO® Bricktales, discover an innovative brick-by-brick building mechanic to design puzzle solutions from your own imagination. See your creations brought to life in a beautiful LEGO world where every problem has a constructive resolution.

Embark on an epic adventure across a world of beautiful LEGO diorama biomes crafted brick by brick as you search for inspiration to help your grandfather reinvigorate his rundown amusement park with your little robot buddy in tow. Your journey will take you to the deepest jungle, sun-drenched deserts, a bustling city corner, a towering medieval castle, and tropical Caribbean islands. Help the minifigures of these worlds by solving puzzles and unlock new skills throughout the story to further explore these worlds and uncover the many secrets and mysteries they contain.

From purely aesthetic creations, such as a market stand or music box, up to functional physics-based puzzles like building a crane or gyrocopter – each diorama offers a variety of construction spots with the freedom of intuitive brick-by-brick building. In each spot you are given a set of bricks and it’s up to you to figure out a unique build that will work. On top of specific puzzles and quests, there are additional builds in the amusement park so you can customize the rides to make them your own!

The Story – Your grandfather, a genius inventor, has called you for help! His beloved amusement park is about to close as the mayor is threatening to shut everything down and seize the land if the necessary repairs aren’t made to bring it up to code. With the help of your powerful little robot buddy, you can restore it using a mysterious device based on alien technology. As a source of power, the device needs happiness crystals, which you can harvest by making people happy and solving their problems. With the aid of a portal, travel to different locations all around the world to help people and collect their happiness crystals. Strap in for the ultimate building adventure and save your grandfather’s amusement park!

Rebuilt and re-imagined from the ground up, Nickelodeon Kart Racers returns – bigger and better than ever! Featuring a cast of over 40 iconic characters, drift, slide and boost your way to the finish line on tracks inspired by legendary Nickelodeon shows like SpongeBob SquarePants, Teenage Mutant Ninja Turtles, Avatar: The Last Airbender and more!

After the Protostar picks up strange readings from a dying star, Dal R’El and Gwyndala race against time to save their friends, their ship, new alien species and an entire planetary system before a supernova destroys them all!

When the Protostar’s malfunctioning transporter scatters the crew across three alien planets, Dal and Gwyn must use their wits and skills to overcome ingenious puzzles, endure hostile environments and battle deadly robot armies to rescue Jankom Pog, Rok-Tahk, Zero and Murf. But as they search for their friends, they soon discover a sinister and deadly new enemy, one that will stop at nothing to destroy the Protostar and change the very course of history!

All details regarding the games above were true at the time we sourced them directly from Nintendo’s own website. If there are any changes between now and each game’s eventual release, we apologize in advance and we hope you have enjoyed the selected titles so far. For even more games, we hope you come back for tomorrow’s instalment.