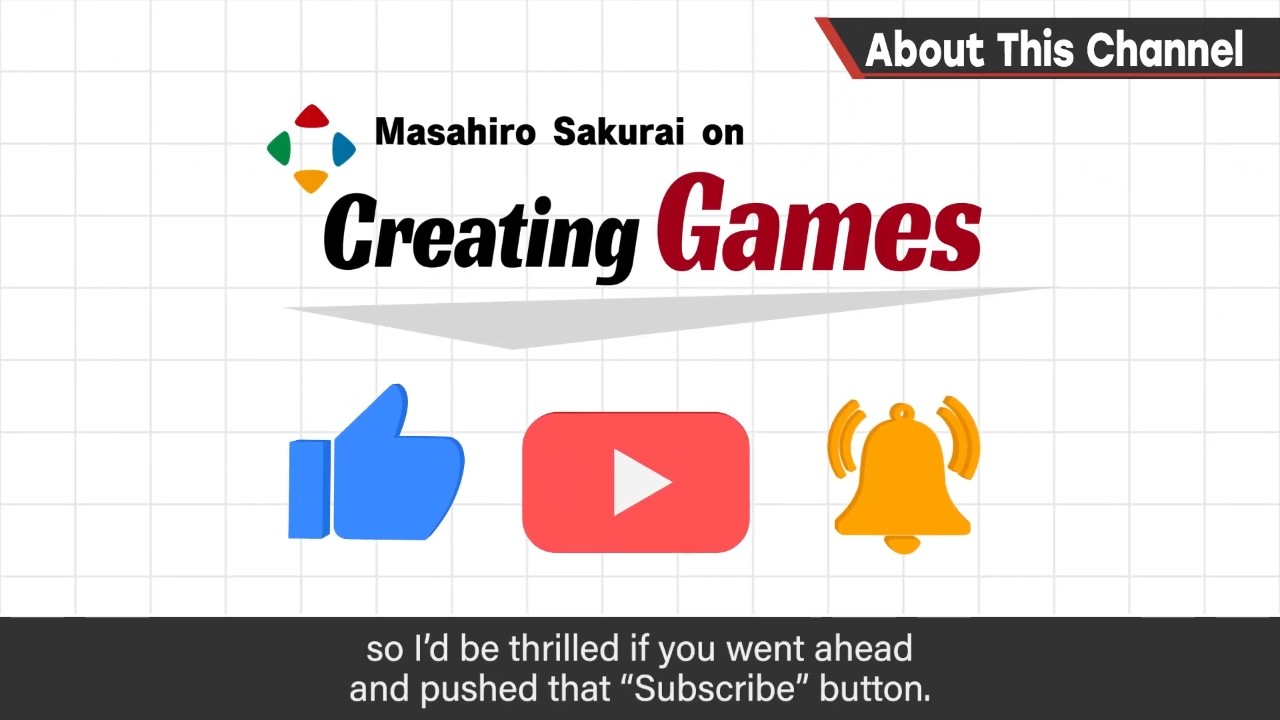 Masahiro Sakurai is a well known and highly praised figure in the world of video games. He has worked on iconic game series like Kirby and Super Smash Bros and has always gone above and beyond to give his fans what they want in his games.

Sakurai is not the kind of guy to sit still and is always doing things to stay active in the gaming community, be it his weekly column in Famitsu Magazine or posting screenshots daily of Super SmashBros. Ultimate. That is until recently where Sakurai has reportedly stopped writing his weekly column and the daily screenshot posting has also come to an end. Of course, every end leads to a new beginning and Sakurai has just announced his newest pet project. He has started a YouTube Channel called Creating Games in both Japanese and English subbed. The YouTube will be focused primarily on video game development and how to make video games fun. Sakurai will also be keeping videos short and avoid going too technical so that even people without in-depth knowledge into game design and development will be able to watch and pick up a few things.

As of writing this article, there are already three videos on the Creating Games channel including and “About this channel” to give viewers a better understanding of what the channel is about. Sakurai is not looking to profit from the channel but rather just wants to use the medium to share his knowledge of game design and development with whoever is interested.

You can catch the “About the channel” video below. If you enjoy the video and want to see more of Sakurai’s videos, do be sure to subscribe to his channel and turn on Notifications.

Special thanks to @lukesierra for the tip!