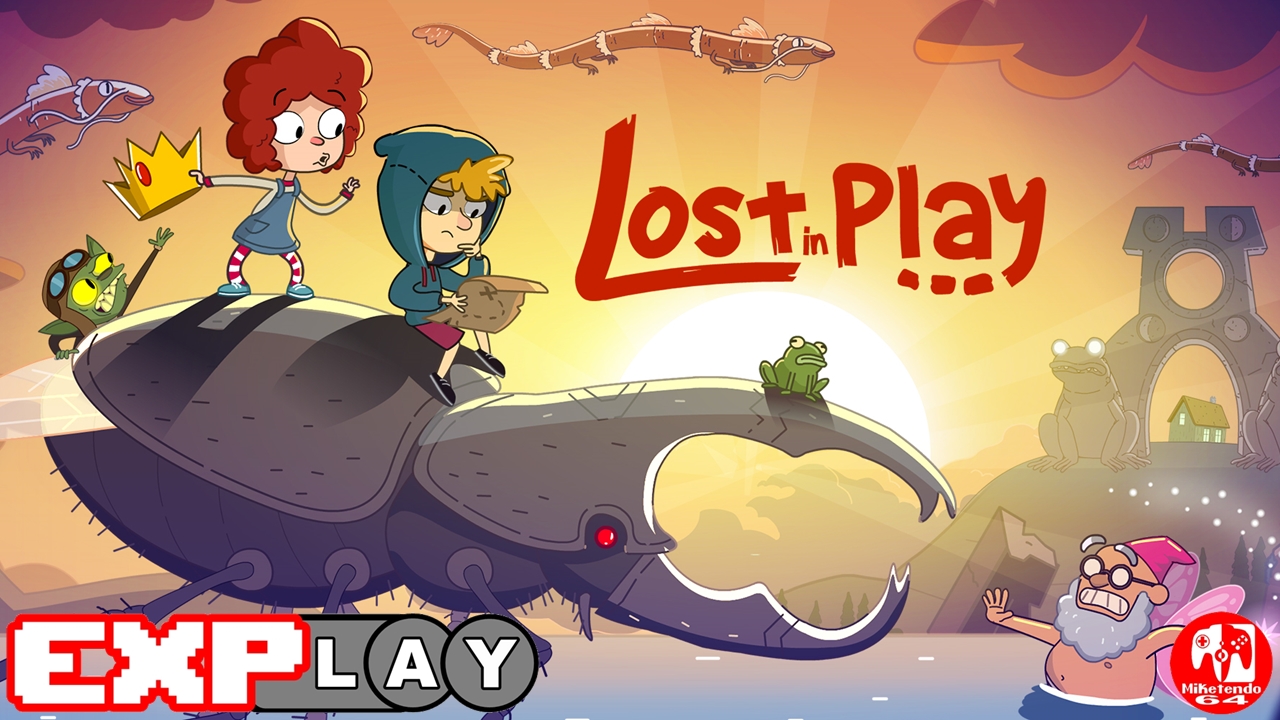 Welcome to EXPlay, (Explain & Play) the review series where we care not for scores but tell it how it is when it comes to every game we get our hands on, whilst also taking the time to include some lengthy gameplay, to give you the reader, the chance to shape your own impressions and views whilst watching and reading. In this installment, we’re covering Lost In Play by developer Happy Juice Games.

Lost In Play: (The Explanation)

I am a huge fan of point-and-click puzzle adventure story-drive games. The Switch is no slouch to great ones as well. Over the five years of the Switch’s life, I’ve played Knights and Bikes, Afterparty, Broken Age, Degrees of Separation, Jenny LeClue, Roki, and many many more. Lost in Play stands among these as a creatively designed, well-developed story, and a colorful cast of characters.

In Lost in Play you join siblings Toto and Gal controlling each of them through various chapters across dreams and fairy tale lands. You will help magical creatures, groups of frogs, goblins, giant beetles, and more across dozens of short story moments that blend reality and fantasy. Lost in Play is at times a children’s story, animated in some of the best designs I have ever seen in a video game. There were times when I forgot I was playing a game and thought I was playing an animated movie or television show.

Lost in Play’s gameplay loop has you searching the world for items, sometimes helping other far-out creatures or people you encounter. In the beginning of the game, Gal has to find items to wake up her brother, and eventually spook him into chasing her which soon turned into a chase through a park which led to the two of them dropping into a fantasy world. Right away Toto and Gal had to help some frogs recover a sword in a stone to fight a giant bear with antlers. If any of that sounds bonkers, as well as, artistically creative and you are still with me, read on, or better yet, just go and buy Lost in Play on the Nintendo eShop right now.

You navigate Toto and Gal with the left control stick. You can interact with objects and people with A. The Y-button can be used to activate hints. The X-button is used to open your backpack and the items within it that will be used to solve puzzles. Some items can be combined with others as well to solve puzzles.

If you are looking for an adventure story game with unique puzzles, Lost in Play is a terrific game. There’s a great story, animation, and creative characters. The game is great for people of all ages. Lost in Play is another certified Jonlike in the string of recent EXPlays for Miketendo64.com

Lost In Play: (The Gameplay)