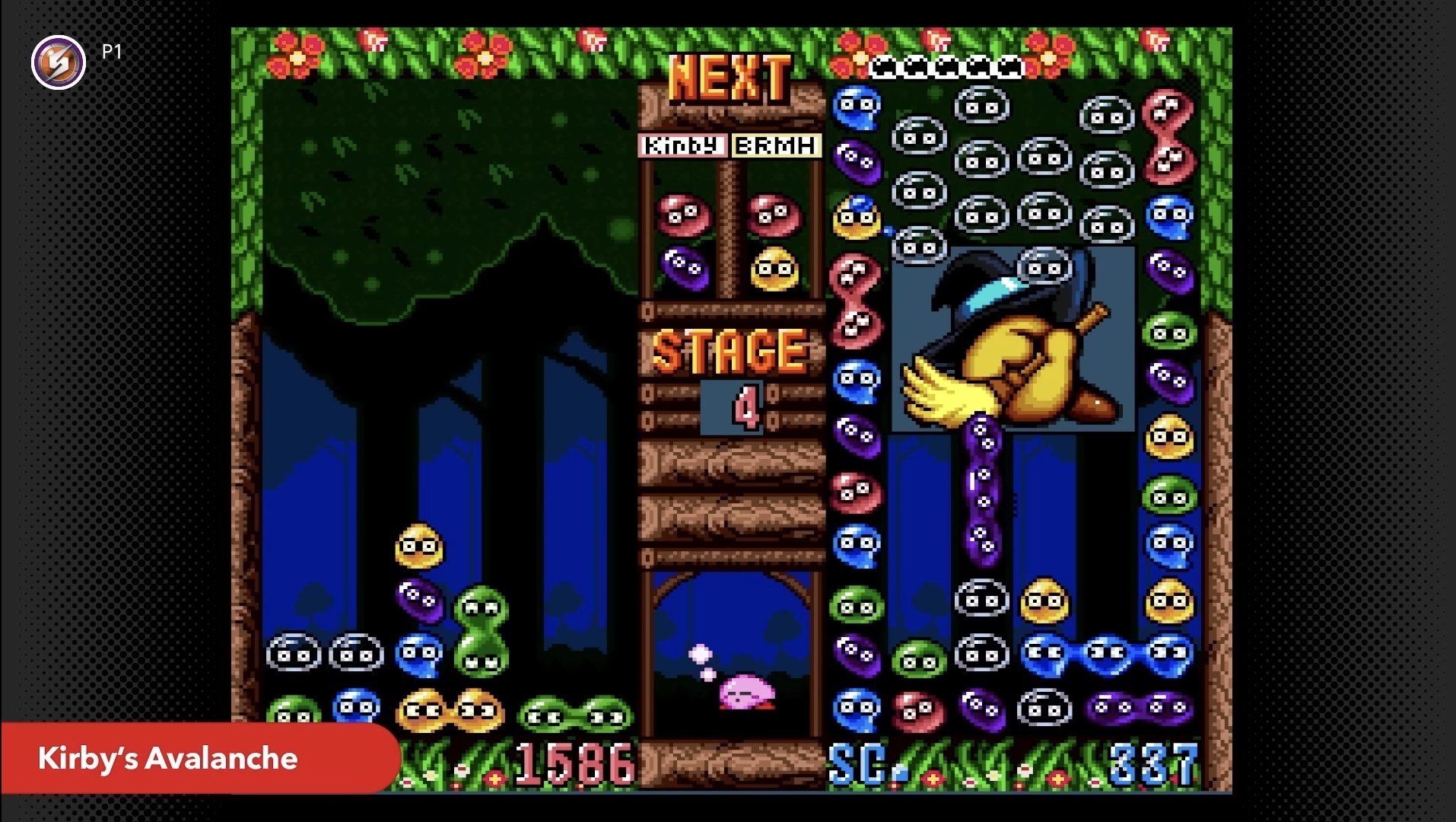 It’s that time of the month again. More classic additions have been revealed and this time around, Nintendo Switch Online is adding one new NES game and two new SNES games, one of them being Kirby’s Avalanche. For the full line-up, we have that information here:

Released in: 1986 Number of players: 2 The disappearance of the planet Arjuna started it all… This 1986 war-simulation game, released for the Famicom system in Japan, features three distinct phases of play: the strategic-simulation phase, star-side fleet battles, and action-packed planet-side battles. The goal is to find and control each of the 14 enemy planets scattered across the map, and to capture both the hidden Vlitra-manufacturing planet and the planet Nirsartia. As time passes, the completion of the Vlitra-manufacturing planet draws nearer. If it reaches a fully operational state, Vlitra, an artificial organism that looks like a massive black dragon, will be sent for your home planet, and then it’s game over! To claim victory, you will need to use every step along the way to learn more about your targets and adapt your approach to meet each new challenge on the way! With the impending threat of the Vlitra attack and the mystery waiting to be unraveled, this simulation game offers lots of space to explore! (To jump right into a planet-side battle, enter password tetch’5 to go to a planet at random.)

Released: 1994 Number of players: 2 Your wildest martial-arts dreams come true! In this one-on-one fighting game, released for the Super NES console in 1994, elite fighters from around the world have all gathered for one competition. Each has their own reason for fighting, from continuing a family legacy to seeking vengeance. When you enter the heat of combat, you’ll want to take full advantage of the weak spot each of your rivals has. Striking your opponent’s weak spot will deal damage and momentarily stun them-so the tide of battle can turn at any moment!

Released in: 1995 Number of players: 2 Everyone’s favorite round, pink hero takes a break from swallowing his enemies to put your brain to work in this fast-paced puzzle game. Players take control of Kirby and match wits with well-known enemies from the Kirby series (including his archival, King Dedede!) in an effort to win the First Annual Dream Land Avalanche Competition. The simple-but-addictive gameplay revolves around brightly colored blobs and boulders. When the right amount of matching blobs are stacked, they explode and rain down boulders on your opponent’s field of play! Keep going until your screen is clear to move on to the next round. But be careful–the farther you advance, the faster the blobs fall, and the smarter the opponents get! Are you good enough to help Kirby become the avalanche king?

Incidentally, Japan gets more Kirby love than we do, as Kirby’s Super Star Stacker has also been added.