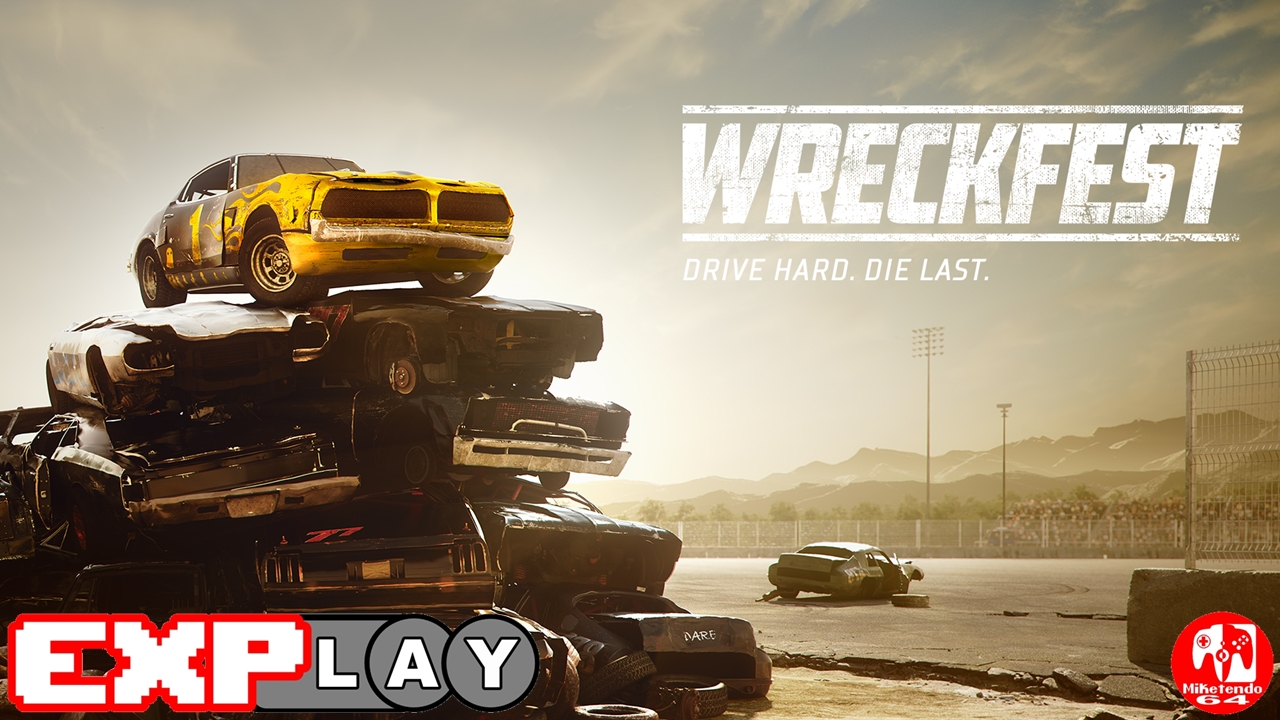 Welcome to EXPlay, (Explain & Play) the review series where we care not for scores but tell it how it is when it comes to every game we get our hands on, whilst also taking the time to include some lengthy gameplay, to give you the reader, the chance to shape your own impressions and views whilst watching and reading. In this installment, we’re covering Wreckfest by developer Asobo Studio.

Originally released in 2018 on Steam and then 2019 on Xbox and PlayStation with 2021 updates for the next gen consoles, Wreckfest finally smashes onto the Switch hybrid system in a mostly complete and full game. I say mostly because there are plenty of nuances to the Switch game that hold it back from the greatness of its PC and console counterparts.

Wreckfest takes you through multiple series of more and more difficult tracks alongside racers of varying skills and vehicles of increasing power and maneuverability. As you race you unlock new items to deck out your car and parts to increase areas of speed, acceleration, handling, strength, and more. You can even add armor items to decrease your chance of destruction during a race. As you progress through the various levels, you unlock new races, derbies, and destruction matches that amp up the amount of carnage you and your car can dole out.

You control your car with the left analog stick, gas and brake are on the right and left triggers. Immediately, the biggest drawback, in my opinion, is the lack of proper triggers on the Switch, thus making most every Switch racing game inferior when compared to the other consoles to play on. While this can be a big deal for some, in the racing and chaotic vision of Wreckfest, feathered acceleration and braking is not as big of a deal while driving and crunching into opponents.

Races in Wreckfest usually consist of 3 to 6 laps of trying to get first place among 16 other racers. While racing you are going to need to avoid being rammed into the walls or off the track by your opponents, some of which may become your rivals if you do enough damage to them. Other events include driving a sofa, a lawn mower, a school bus, or other absurd vehicles through destruction matches where wrecking the most opponents and scoring the highest number of points is your goal. Survival in those matches sometimes means avoiding crashes early in matches and picking off opponents with lower health bars to score bigger wrecked points or assists.

As you gain level and finish off various match types you unlock new vehicles to add to your garage. Some vehicles will only become available if you progress through to the higher tiers and even then, will still cost in-game credits to buy. The game does a great job of giving you access to upgrades to help you move through the races, while also showing you the better parts and pieces if you just wait it out and accrue more credits or level up. The cat and mouse approach to skill-based driving over just having a better car build is a draw for me and might be the thing that keeps me coming back to Wreckfest on the Switch.

I had a chance to play a few early multiplayer matches as well. Lobbies seemed to pop up quickly and jumping into a race was easy. It was fun seeing other people in derbies and races and knowing that I was smashing into a real human-controlled car versus a CPU was a great feeling. There’s a lot to do in Wreckfest in the various race types and tracks, seeing the destruction on screen and pummeling your opponents. I know I will continue to come back for more carnage in the weeks and months to come and I hope you join in as well.