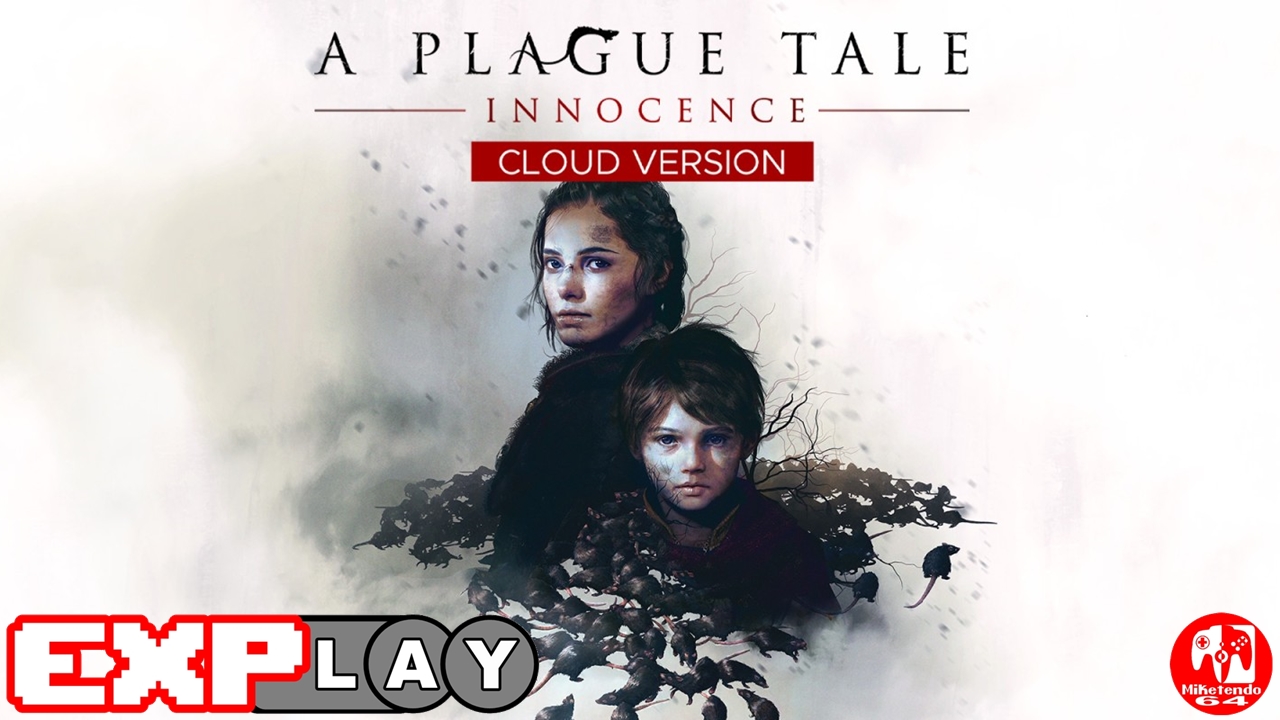 Welcome to EXPlay, (Explain & Play) the review series where we care not for scores but tell it how it is when it comes to every game we get our hands on, whilst also taking the time to include some lengthy gameplay, to give you the reader, the chance to shape your own impressions and views whilst watching and reading. In this installment, we’re covering A Plague Tale: Innocence – Cloud Version by developer Asobo Studio.

Every once in a while, a game comes along that pulls at emotions of togetherness, tenderness, and love. For my wife and me there was It Takes Two, Unravel Two, and even Pikmin 3 to a degree. Within each of those games the cooperation and draw of the characters helps connect the player to the game in a way that only interactive media can. In A Plague Tale: Innocence you begin your journey as Amicia alongside her brother Hugo in a harrowing tale of survival and reliance on each other and strength together through France during the outbreak of a plague.

The early game has you learning basic controls such as vaulting over and ducking under obstacles, using rocks with your sling, and how to sneak around enemies to distract or evade them. The beginning of the game has you controlling Amicia on a hunt with her father through the woods, where you soon come across a horrible scene of death and decay from the plague ruining the forest and wildlife. As you rush home to try and warn others, the whole town is quickly overtaken and you rush to find your brother and get him to safety.

Since I am early on in the game it seems that the setup is that Hugo, your little brother, is somehow either the key to survival or the reason for the plague. The setup is great and there’s already a sense of urgency in the early game which is enough to pull me in and keep me playing through. I had to navigate the courtyard and garden working to escape soldiers. I had to use my sling to hit buckets and scarecrows distracting guards, all while holding Hugo’s hand alongside our mother.

After the initial chapter we headed into a town looking for help, though we were quickly ousted as outsiders and condemned for being there. After a few times of running down alleyways and avoiding being caught by the mob we came across an old woman who helped us with some upgrades to our equipment and our first major boss battle. Swinging rocks at enemies is pretty intuitive even if the mechanic itself is a barbaric form of fighting. You have to be methodical with your shots, and there are accessibility options in highlighting areas of interests for inspection or

If there is one thing that is impressive with the game is that I am playing on the Switch Cloud Gaming for A Plague Tale: Innocence, which aside from Guardians of the Galaxy is only the second title I have played on the cloud. The game runs well and looks well enough when my connection is stable. I did notice some pop in and lower res textures if the game began to slow due to connection issues. But never once did my game stop playing. There were some areas that seemed to take their time to load, but without comparing the game on other systems I don’t know if that was due to the Switch’s limitations or if other platforms also had longer loading times.

The colors of A Plague Tale: Innocence’s world was both warm and vibrant due to the fall foliage which seemed to crunch under my feet as I walked, as well as gray and natural with the rock, dirt, and old-world feel. I felt immersed while I played in the world of Hugo and Amicia learning of their trek through France.

While the gameplay that I experienced is still early on, my experience so far on the Switch is that the game’s cloud servers run well enough to be playable, and since the game doesn’t rely on ‘twitch’ movement or mechanics but rather methodical aiming of your sling and sneaking around. If you can’t play it any other way, I would recommend giving it a go on the Switch. The story and world are truly captivating.