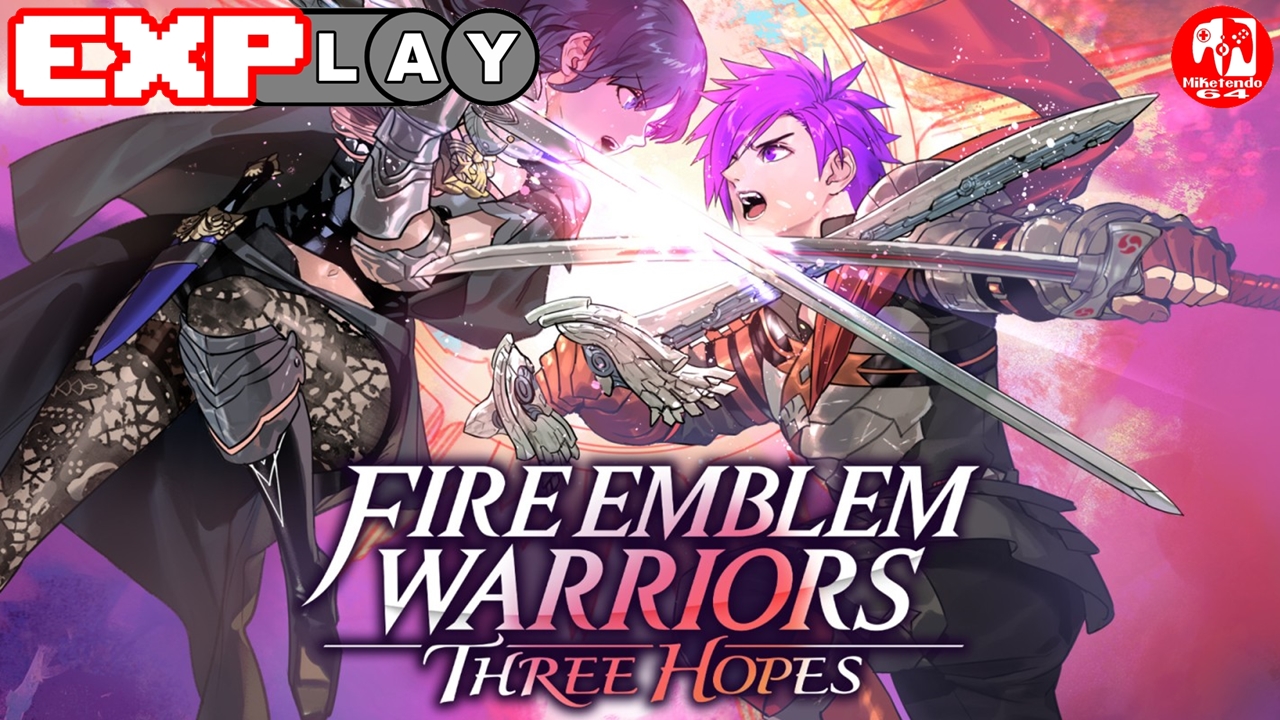 Welcome to EXPlay, (Explain & Play) the review series where we care not for scores but tell it how it is when it comes to every game we get our hands on, whilst also taking the time to include some lengthy gameplay, to give you the reader, the chance to shape your own impressions and views whilst watching and reading. In this installment, we’re covering Fire Emblem Warriors: Three Hopes by developer Omega Force / Koei Tecmo.

Fire Emblem Warriors: Three Hopes is a musou game that uses the characters and setting of Fire Emblem: Three Houses. For those who may be thinking it just a sequel to Fire Emblem Warriors may be relieved to know that it is more akin to Hyrule Warriors: Age of Calamity in that it takes the established canon of the source game/series and breathes a new story into it. The added bonus is that Koei Tecmo actually worked on the development of Fire Emblem: Three Houses so they are more than familiar with the source material.

Fire Emblem Warriors: Three Hopes has players return to the familiar land of Fódlan, home to the three nations of the Adrestian Empire, The Kingdom of Faerghus and the Leicester Alliance, as well as the famous Officers Academy of Garreg Mach. Players take control of an original character by the name of Shez who is a mercenary who upon rescuing three young officers of the Officers Academy gets roped into joining the academy themselves and joining one of its three houses: Black Eagles, Blue Lions, and Yellow Deer. You have the option to choose which house you choose and you can learn about each of the members of that house and their attributes before deciding to join them.

The game’s story has three different branches, one for each house. Once you have chosen a house, you will be with them for the rest of your playthrough, much like in Fire Emblem: Three Houses. Also like in FE: Three Houses, you can choose the gender of the main protagonist to be male or female as well as choosing a new name or the default name for the character. You are also given the choice of choosing the gender and name of the Ashen Demon as well (AKA Byleth) but if you have any save data of FE: Three Houses on your console, it can also use that information instead.

Like many Warriors games, Fire Emblem Warriors: Three Hopes is a 1 vs. 1,000 hack & slash game that tasks the player with taking down hordes of enemy soldiers and capturing strongholds. The player can choose from a selection of characters to go in to battle with and can swap between them by using the up and down buttons on the D-Pad. Each character has a class like myrmidon, archer, cavalier, mage or priest that reflect their fighting style. Myrmidons are fighters that use swords, archers are skilled with the bow, cavaliers are horse-mounted units equipped with spears and mages & priest can use magic spells to deal damage.

Even though each character or unit already belongs to their preferred class, you can change their class to another that suits your preferred playing style. You can also upgrade units to make them stronger and better in their class. For example, a simple axe fighter can be upgraded to an armored knight and then upgraded again, providing you have the appropriate seals required to upgrade them.

Though for the most part in battle, you will be taking out fodder, you will also come across officer units that are far stronger than the typical fodder. Each of these particular enemies also has a class that may be at an advantage or disadvantage to the unit facing them. The Fire Emblem staple Weapon Triangle comes into play in Fire Emblem Warriors: Three Hopes with swords beating axes, axes beating spears, and spears besting swords. There are also other classes that are advantageous over one another like archers being good against flying units and magic being effective against brawlers. Knowing which of your units are better equipped to take on certain enemies makes all the difference in this game and this added strategy is what makes Fire Emblem Warriors: Three Hopes really stand out from other Warriors games.

During each chapter of the game and in between all the combat, there is a rest period where as Shez, you can explore the base camp and engage with your fellow classmates and officers. You are allotted activity and training points that you can spend around the camp by training your officers and Shez to master their classes and get them ready to upgrade. As for the activity points, these can be spent on volunteering to do chores, cook meals or go on expeditions so you can build up relationships between characters that will improve how they fight alongside each other in combat. Other things you can do around the camp are purchase items like gifts, seals, and ingredients from the shopkeeper, check your achievements, claim rewards, and upgrade the facilities around the camp so they have more available stock, lower the price of certain amenities, and make other improvements.

When all is said and done, Fire Emblem Warriors: Three Hopes is a fantastic combination of Musou action and Fire Emblem strategy. The game is true to its roots and is a more devoted outing which fans of the first Fire Emblem Warriors game hoped that would be. The entire voice cast from Three Houses also returned to reprise their roles making the game all the more enjoyable and as an added bonus, fans of the YouTube Channel SMOSH may even recognize the voice of male Shez as the talented Damien Haas. It is packed with content and has plenty of old and new Fire Emblem tropes (with Warriors gameplay) to satisfy fans and make this a much-needed addition to any video game collection.