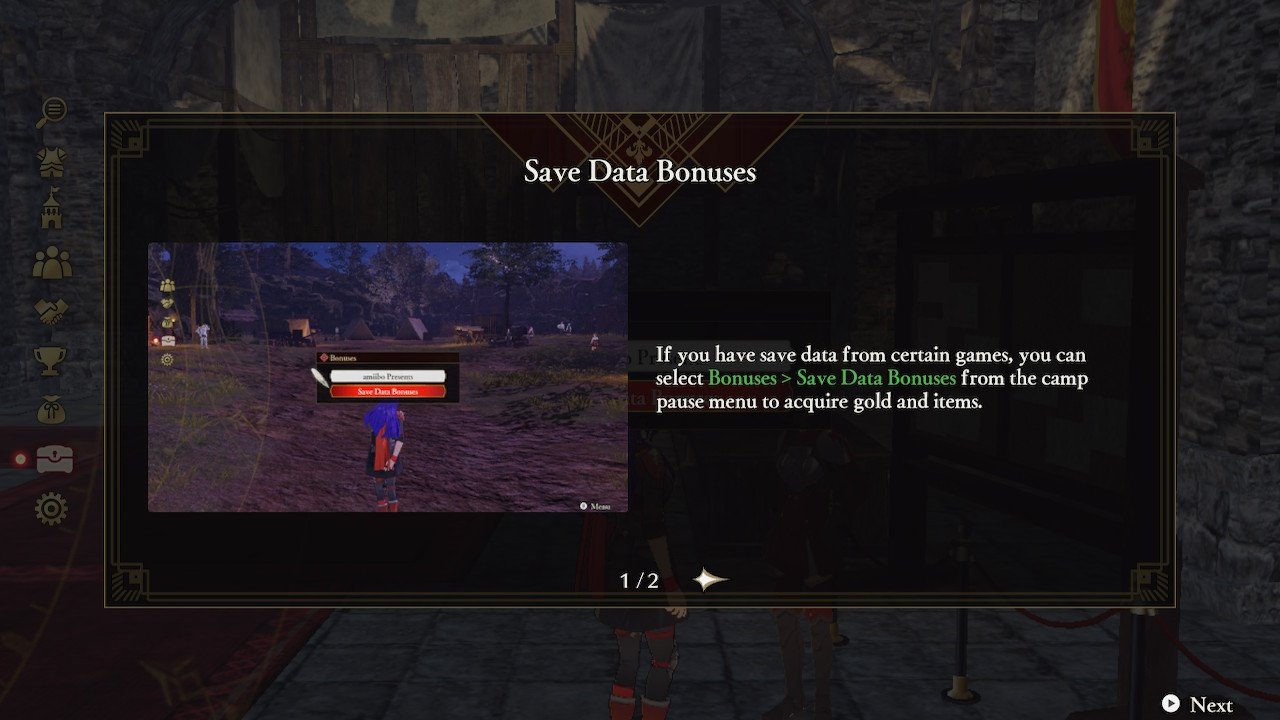 When being a fan pays off.

Since the release of the Fire Emblem Warriors: Three Hopes demo earlier this month, we already knew the full game would offer save data bonuses and amiibo presents. What wasn’t known was what the bonuses would be and what save data was required. For example, while it is true your progress in the demo carries over to the full game, you will not earn a save data bonus for playing the demo. Instead, the bonuses solely apply to the first Fire Emblem Warriors game and Fire Emblem: Three Houses, for obvious reasons.

For a quick breakdown of what each game has to offer in terms of their save data bonus, we have all the information right here in written and photographic form:

And since we did mention amiibo, amiibo presents range from all manner of items, weapons and gold, with only five amiibo able to be scanned each given day.

In Fire Emblem Warriors: Three Hopes, the protagonist quickly finds themself wrapped up in a growing conflict that will determine the future of Fódlan after aligning with one of the three house leaders. The chosen house will take players through a variety of dramatic stories, each with a different outcome. After purchasing the full game, it’s possible to further forge relationships between characters, experience epic combat and unravel each diverging path and engaging storyline while fighting to shape Fódlan’s destiny.

Flashy combos and powerful special abilities can be employed against hordes of enemies in the demo – from the beginning of the game through the first three chapters. Those taking command of the battlefield and using tactical know-how will gain the upper hand. The demo will also support local two-player co-op play*. Plus, progress can be carried over to the full game when it launches.