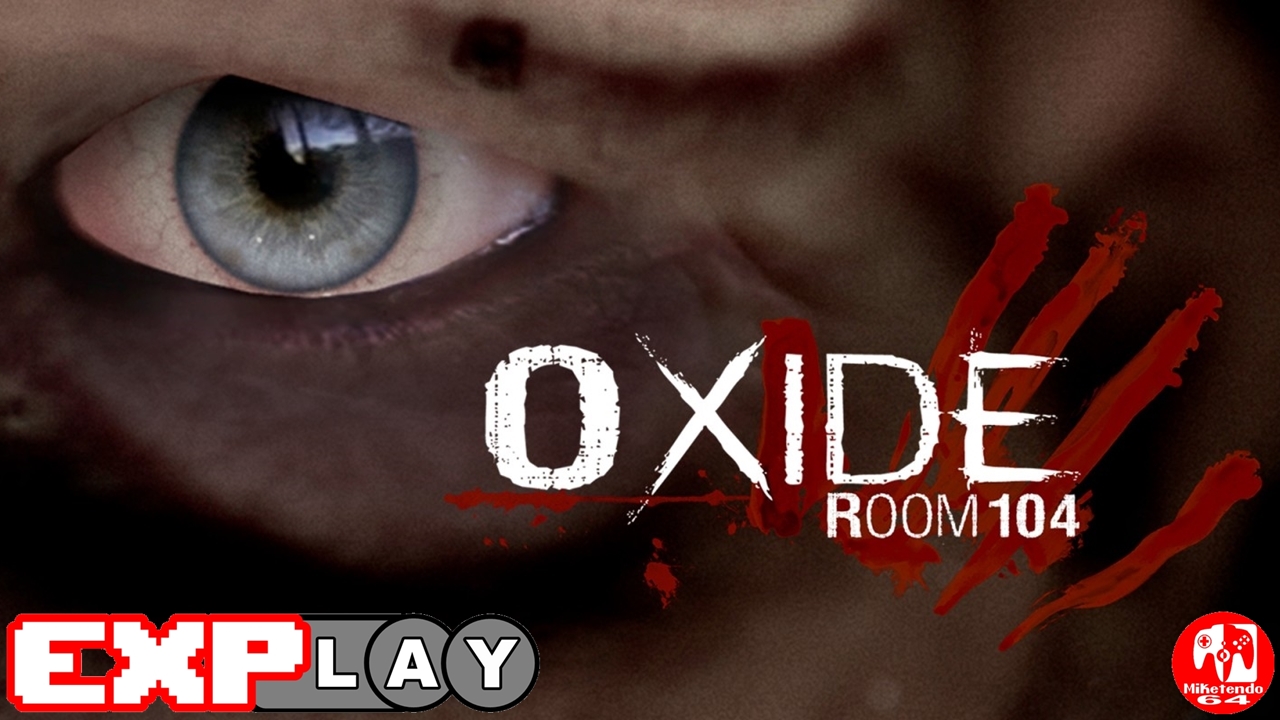 Welcome to EXPlay, (Explain & Play) the review series where we care not for scores but tell it how it is when it comes to every game we get our hands on, whilst also taking the time to include some lengthy gameplay, to give you the reader, the chance to shape your own impressions and views whilst watching and reading. In this installment, we’re covering OXIDE Room 104 by developer WildSphere.

Many horror video games are usually set around haunted mansions, isolated hotels, or abandoned hospitals but few are focused on using a motel for its setting. OXIDE Room 104 from WildSphere does just that and turns a quiet “off the beaten track” motel into a labyrinthine deathtrap. OXIDE Room 104 is a first-person, survival horror game whose gameplay is inspired by the likes of Silent Hill and Resident Evil, and the main cast is voiced by one of Miketendo64’s very good friends, Barry Dunne of Impact Game Station!

In OXIDE Room 104, players take on the role of Matthew, a young man staying in the quiet, rundown Night Soul Motel. Returning late one evening, Matthew returns to the motel and is immediately knocked out upon reaching the reception desk. Matthew recovers to find himself submerged in a bathtub. He gets out of the tub and suffers a throbbing pain in his head as he tries to acquaint himself with his surroundings. After the pain subsides, he realizes that he is naked and trapped in the bathroom as the door is locked. Matt needs to find his clothes and a way out of the bathroom so he can escape the motel.

The main gameplay loop of OXIDE Room 104 has the player search rooms of the motel in order to find keys that will open doors to other rooms. With the simplest route to the motel entrance blocked, players must take the long way round to make their escape, hence why they must search the rooms. Each room is slightly different to another. Some may have specific puzzles that need to be solved and/or may contain enemies that you must either sneak past or try to dispatch immediately before they kill you. Early on in the game, you will come into possession of a revolver that you can use on enemies. You can also find ammunition dotted about the motel in relative abundance so you don’t have to worry about ammo conservation all that much (providing you are a pretty good shot and don’t waste bullets for the sake of it).

Other items you can find are lockpicks to pick open small locks, keys for room doors, chests and padlocks, gauze to stop bleeding and antidotes to cure poisoning. When you get attacked by an enemy or prick your finger in the wrong jug, you will start to bleed out. You will then be obligated to use gauze in order to stop the bleeding. A similar thing occurs with poisoning, when in contact with a poisonous toxin expulsed by plants, you will become poisoned. When this happens, you will need to heal yourself with an antidote. Failure to take care of your injuries will result in your death and you will have to do everything again from the beginning.

The first time around, OXIDE Room 104 will take you a good few hours to make it through, providing you are not using any walkthroughs or guides. The puzzles and the lack of handholding is what will keep players from speedrunning through the game from the get go. Once you know what all the puzzles are and how to solve them though, you will be able to clear the game within an hour and a half to two hours, as long as you don’t mess up somewhere and die.

OXIDE Room 104 is definitely one of our favourite horror games to date that provides just enough challenge and gore whilst still giving the player every opportunity to succeed and reach the end. The game is quite forgiving for the most part and gives you up to four attempts to beat it, bearing in mind that every time you die the doc will cut off another piece of poor ol’ Matthew. The gameplay is engaging and the setting will certainly keep you on edge and alert for what monstrosities lurk around every corner. As for the graphics, the Switch does suffer somewhat during the game’s cutscenes and they will most definitely look much more appealing on more powerful consoles. However, the Switch version is still very much playable and if you enjoy horror games, you will want to put this on your wishlist.