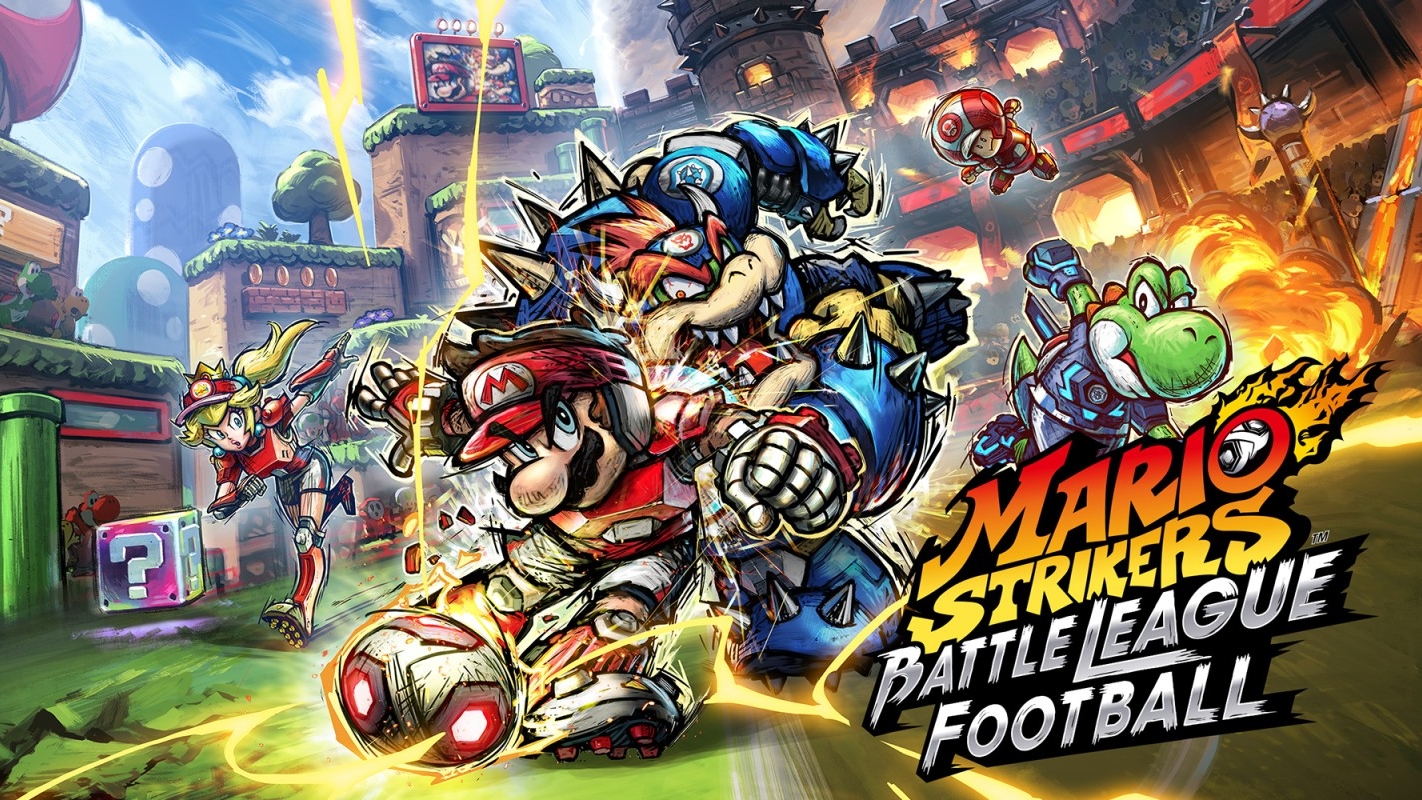 Mario Strikers Battle League is not exactly meaty when it comes to unlockable content. Thus far, there is only an extra outfit and more difficult Cup Battles but we will tell you how to get them nonetheless.

As you may have noticed on the Cup Battles selection screen there is a cup that is inaccessible. This is the Championship Can and it can be unlocked after beating all of the other cups first.

Upon beating all of the cup battles (including the Championship Cup) you will unlock Galactic Mode. This is a much harder difficulty mode but beating each cup once will net you 1000 coins a piece. As the expression goes “No Pain, No Gain”.

As well as unlocking Galactic Mode upon beating all cup battles on normal, you will also unlock the Bushido Armor in Gear Settings. This armor will increase a particular stat by 4 points but will reduce the others by one. Each piece of this armor costs 300 coins so if you really want it for your players, you will need to make sure you have deep pockets.

You are probably already aware of this but you can be rewarded 400 coins for simply going to Gear Settings for the first time.

Another “one-time deal” for some easy coin playing and winning the Training Match in Training. On the Training: Lesson Menu, scroll all the way down to the bottom (past the Advanced lessons) and you will find Training Match. Play it and beat the CPU and 800 coins will be yours.

If you own a club or are part of a club in Mario Strikers Battle League, you can unlock different customization options for the club’s stadium. Only the club’s owner can implement the changes but anyone in the club can earn tokens, which can be used to unlock different goalposts, field designs, the fencing around the pitch and the seating. Tokens can be earned during seasons once they are live.

Goalposts, field designs, pitch-side decorations and even the seating – customise your club's stadium in all sorts of ways in #MarioStrikers: Battle League Football's Strikers Club mode to show off your style! pic.twitter.com/6viDvvkFpN

The A Team – Getting just the right team adjustment is make or break, especially when playing online. We recommend using Rosalina as Captain, followed by Toad and Waluigi and lastly, Donkey Kong or Bowser. Rosalina has reasonably good shooting and technique, making her an ideal striker. Waluigi and Toad are quick on their feet and can cover ground quickly. With a heavy character like Bowser or DK near the Goal, they can swat most enemies down with a simple tackle and get the ball back in possession.

Turbo Toad – Kit out Toad with the Turbo Gear to max out his speed stat. This will make him lightning fast and handy for recovering the ball and getting close to the goal for quick shots.

Technical Rosalina – By kitting out Rosalina with Trick Helmet, Bushido Bracers, Cannon Plate, and Bushido Sandals, you will have high shooting and Technique which, will greatly improve your chance of scoring goals with her.

Down but not Out – When playing Cup Battles and you lose twice, you will be given the option to retry a match at the cost of 100 coins. We recommend using this option if it is the final match and you are confident you can beat them this time.

Playing Dirty Will Cost You – Even though it seems like the hardest thing to do, try to refrain from tackling the opposing team too much. Every time you do, an Item block will be thrown to them from the crowd that could bite you on the backside for playing dirty and give them an edge to score.