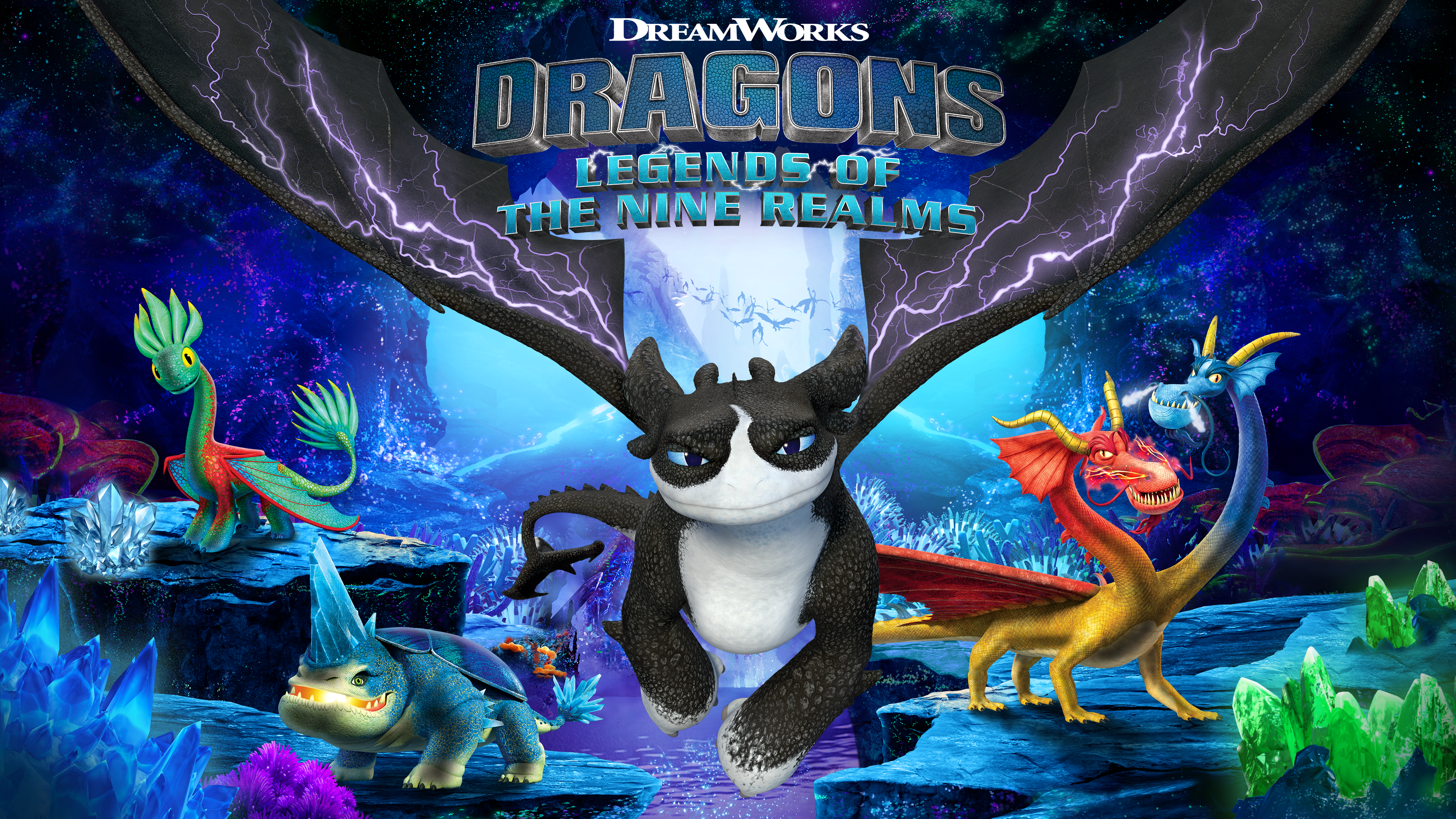 Players will be able to unleash their inner dragon in this single player action-adventure game, which is inspired by the DreamWorks Animation original series DreamWorks Dragons: The Nine Realms.

Fans will be able to venture beyond the Hidden World and immerse themselves in a whole new world of dragons, and soar and dive through five unexplored realms as one of a new generation of dragons – Plowhorn, Wu & Wei, Feathers, and Thunder – on an epic quest to save Thunder’s family. Players will need to unlock special abilities and use their tails, claws, and breath to defeat fearsome foes. Levelling up the dragons’ speed, strength and intelligence will be necessary to build the ultimate hero dragon and defeat the gigantic bosses that stand in the way of rescuing Thunder’s family. The future of Night Lights and all dragonkind depends on it!

Experienced players can also put themselves to the ultimate test in ‘Challenge Mode’ featuring replayable levels that become even more difficult after they’ve first been completed. Adding to the immersion, while players swoop and soar around as Thunder and friends, they will be accompanied by the distinctive music of acclaimed composer Chris Whiter, who has created all the orchestral tracks for the game.

Set 1,300 years after the events of How to Train Your Dragon, DreamWorks Dragons: The Nine Realms is streaming now on Peacock and Hulu in the U.S. and will be available for the rest of the world this spring.