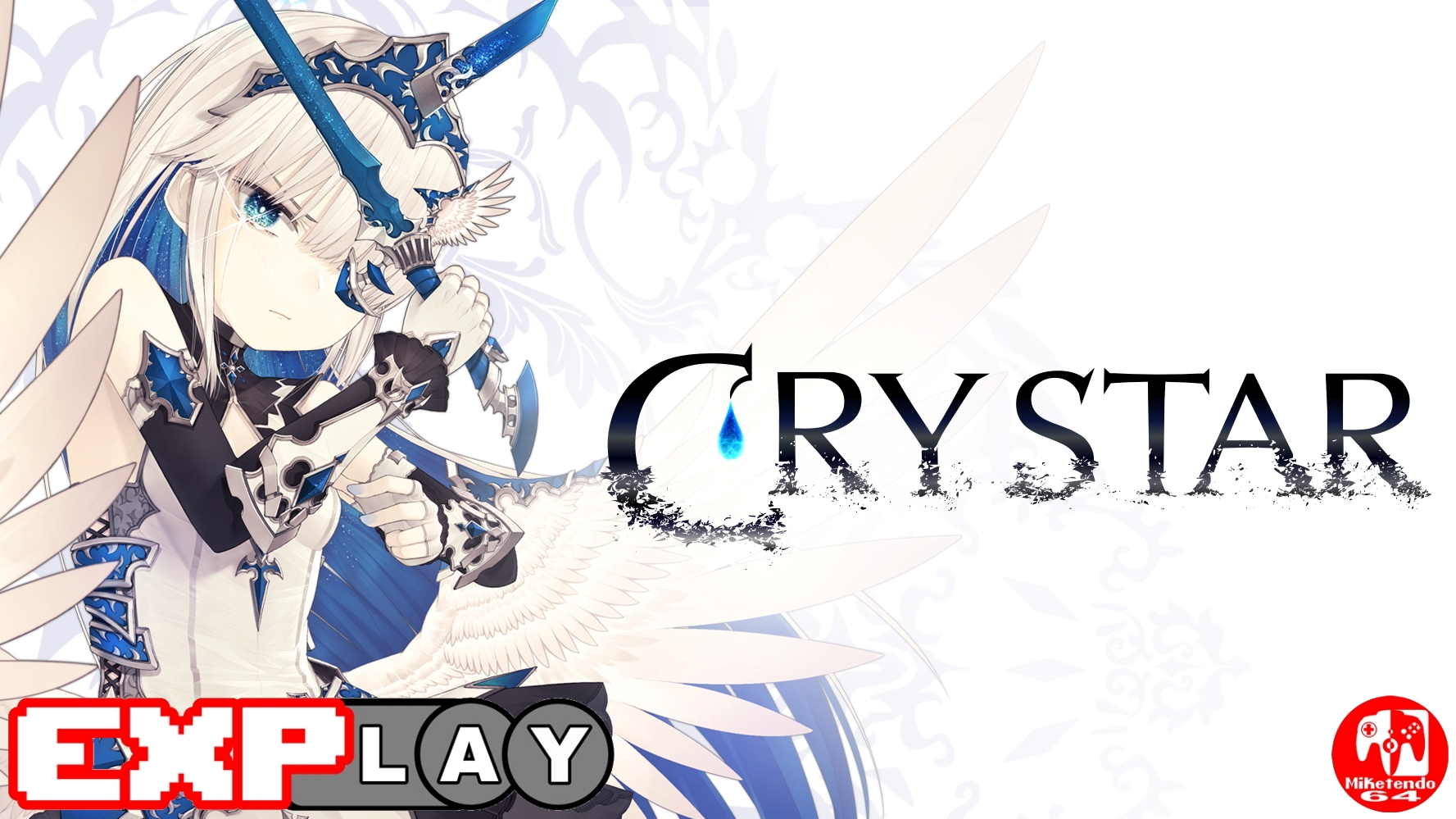 Welcome to EXPlay, (Explain & Play) the review series where we care not for scores but tell it how it is when it comes to every game we get our hands on, whilst also taking the time to include some lengthy gameplay, to give you the reader, the chance to shape your own impressions and views whilst watching and reading. In this instalment, we’re covering CRYSTAR by developer Gemdrops.

When it comes to the Nintendo Switch, there can be no denying just how much support NIS America has offered the platform in the last five years. From Disgaea to Ys to The Caligula Effect and so much more, like Square Enix, NIS America have given RPG fans a library of games, worth discovering and now they’ve only gone and added CRYSTAR to the list. Developed by Gemdrops and previously published by FuRyu, CRYSTAR was initially released in 2018, gracing the PlayStation 4 with its presence. Since then, CRYSTAR, first released in Japan only, received its first western release in 2019, and then three years later, it’s finally on Switch and players in every region, are free to discover this RPG gem for themselves.

So, the story. What is the action role-playing, CRYSTAR about? CRYSTAR is the story of 15 year-old Rei Hatada and her younger sister, Mirai. Once ordinary girls from an ordinary world, nothing would be ordinary for them ever again, when the pair are pulled into Purgatory. Waking up as a butterfly and attempting to regain her true form and memories, Rei is fortunate enough to be reunited with her sister rather quickly, but upon their reunion, all fortune would then cease.

Due to events beyond either party’s control, first they would be separated again and then, Mirai would meet a tragic end, with Rei herself, playing a part in such tragedy, thanks to the likes of Anamnesis, an evil revenant, playing her like a fiddle. Yet, with the appearance of two demons, Mephis and Pheles, the managers of Purgatory, a small sliver of hope remains. Should Rei, now awakened as an executor, armed with her very own guardian, make an agreement with the two demons, to serve their will by fighting souls and revenants all over Purgatory, reviving Mirai might still be possible. Only, Rei would have to act quick as time is ticking, the Ordeals (CRYSTAR’s answer to levels), won’t clear themselves and Idea, shed tears that have crystallized and taken form, will not collect itself.

On the plus side, Rei will not have to do everything on her own. As her story progresses, in addition to her guardian, she will also be joined by other executors in Purgatory, who will become party members that players will be able to swap between when completing Ordeals. What’s more, the voices of many in-game characters should be recognizable to some, as a notable voice cast is on hand to bring each character to life.

With regards to who is part of the voice cast, CRYSTAR has the likes of: Brianna Knickerbocker (Rune Factory 5’s Ludmilla and ASTRAL CHAIN’s female Akira Howard), Armen Taylor (Shin Megami Tensei V’s Hayataro), Xanthe Huynh (TRIANGLE STRATEGY’s Narve Oparyn), Michelle Marie (Disgaea 6: Defiance of Destiny’s Bieko), Laura Post (Chocobo GP’s Atla) and many others. Ironically, many of the voice actors involved have worked together on a huge number of projects, which aren’t just limited to video games. Among a few of the projects that are counted, however, are Pokémon Evolutions, Re:ZERO -Starting Life in Another World- The Prophecy of the Throne, Pokémon Masters EX, The Legend of Heroes: Trails of Cold Steel III & IV and Sailor Moon Eternal.

In terms of the actual gameplay, CRYSTAR is divided into two key parts, the actual battle and exploration, when doing Ordeals, and everything else that transpires in Rei’s room. In between levels, Rei’s room is a safe haven where players can phone other characters, read news for ongoing events, change costumes, listen to music, purify torments, save their game and even access the game’s camp menu, for equipping skills and consulting your items. Most important benefit of Rei’s room, however, is the simple fact it is the only time in the game players are allowed to pet Thelema, Rei’s pet dog.

Whereas when doing Ordeals, players take control of the lead party member and must navigate a dungeon of sorts made up of layers, with each layer requiring you to reach a portal at the end of the current portal, and advancing to the next one. There is a map available to players, but it will only display the locations and routes you have explored, so it’s always worth exploring every nook and cranny to uncover all the game’s secrets, but be warned, monsters are everywhere, including the more powerful revenants and where there’s a monster, there’s a battle.

Playing out in real time, players will need to hack, slash and dodge their way to victory, utilizing skills wherever possible and swapping between targets or other party members, when necessary. During the earlier stages of CRYSTAR, the combat is rather straightforward and basic, with new elements introduced here and there, to ramp up what Rei and her friends are capable of, in their quest to serve their demonic masters, battling revenants and trying to attain revival for Mirai. On the plus side, combat does feel rather fluid and ties nicely with the game’s simplistic, but anime influenced graphics.

In conclusion, good things come to wait and CRYSTAR is no exception to this rule. Switch owners have had to wait a long time for this one, but if you have liked everything you have heard so far, you are bound to enjoy the full game and everything it has to offer. It’s not as grand or elaborate as other RPGs, such as Ys, Final Fantasy or Xenoblade Chronicles, but at no point does that mean this is a game you should pass on without further notice, because if you have the time to invest into an emotionally driven game like CRYSTAR, CRYSTAR will reward your efforts in return.