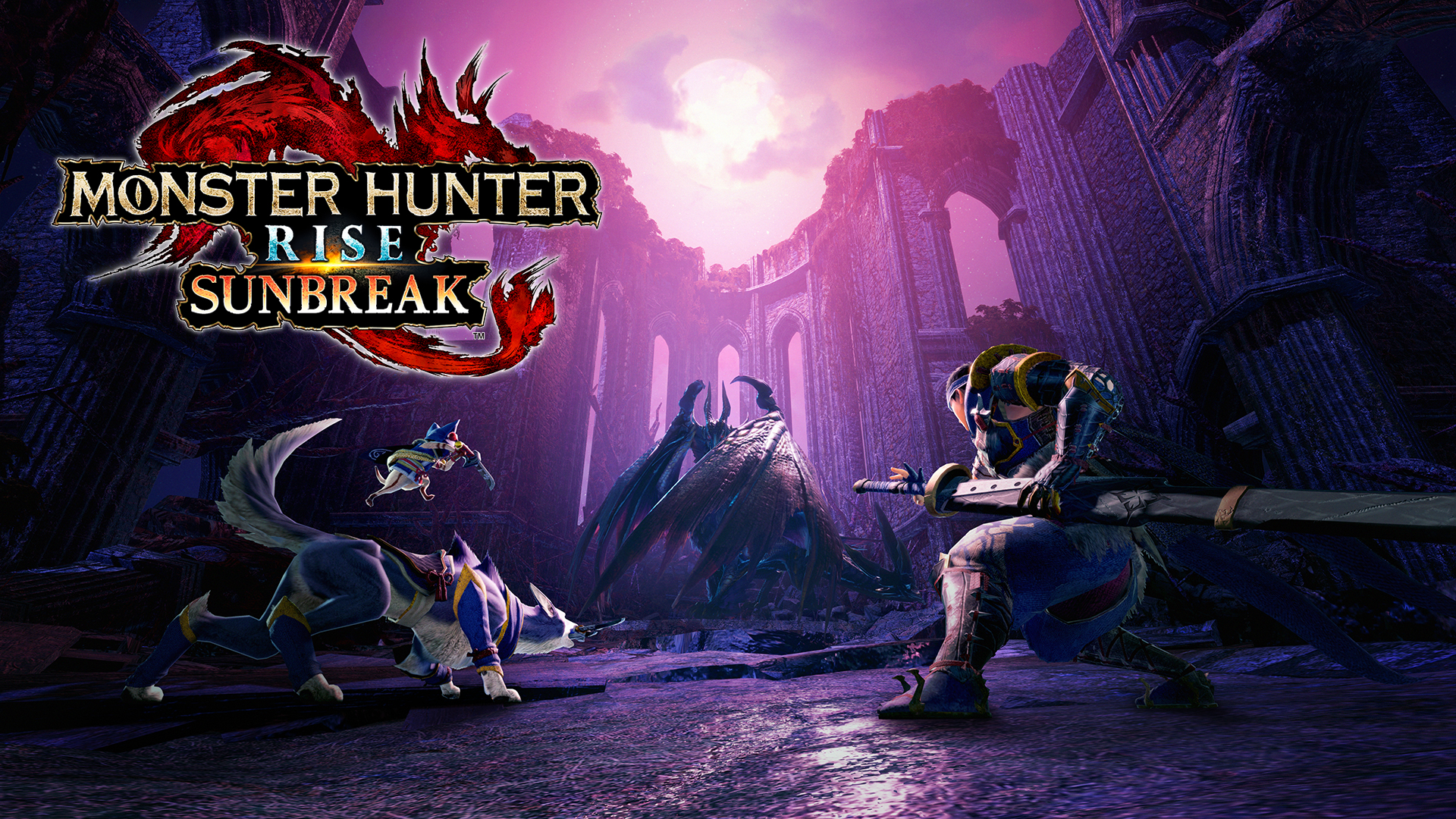 The Monster Hunter Digital Event – March 2022 presentation has aired earlier today and revealed new details for the upcoming Monster Hunter Rise: Sunbreak expansion. The Expansion will release on June 30th, 2022 and will be set in an all-new area, the Citadel. This area has its own unique locales to explore and monsters to hunt including new monsters like the Garangolm, Lunagaron, and the Elder Dragon Malzeno. As well as new areas to explore, there is also a new hub world and a new cast of support characters. New Monsters also means new weapons and armor to forge and there are also new wire bug abilities to learn as well.

More information was also shared on the three new amiibo and the expansion will be available digitally with a standard version with just the expansion and deluxe version with extra content like poses, stickers, layered armor and more. In Europe and Japan, there will also be a special Monster Hunter Rise + Sunbreak physical edition that will include the base game on cart and a download code for expansion.

If you would like to know more about Monster Hunter Rise: Sunbreak, you can find the official press release below and the embedded video of the special presentation.

London (15 March, 2022) Today, during a Monster Hunter™ Digital Event, series producer Ryozo Tsujimoto unveiled a new trailer for Monster Hunter Rise: Sunbreak™,the massive expansion to the top-selling and award-winning Monster Hunter Rise™. The enthralling new trailer offers a glimpse of the new story, the new Elgado Outpost hub, the challenging new monsters, and the exciting new abilities that hunters will encounter after completing the story of the base game. The Digital Event also provided the first in-depth look at some of the new content arriving in Monster Hunter Rise: Sunbreak, and revealed the June 30, 2022 release date for Nintendo Switch™, with pre-orders starting today.

In addition to the digital-only Standard Edition of Monster Hunter Rise: Sunbreak, a special Deluxe Edition will include the massive expansion in addition to bonus content such as layered armor sets, gestures, and hairstyle. Hunters looking to start their journey in Kamura can select the Monster Hunter Rise + Sunbreak set in physical* or digital versions for Nintendo Switch. This set includes the Standard Edition of Monster Hunter Rise, as well as the massive Sunbreak expansion (included as a digital voucher in the physical version).

Players who choose to purchase any version of Monster Hunter Rise: Sunbreak early will receive the “Loyal Dog” and “Striped Cat” layered armor sets for Palamute and Palico companions. At launch, players on Nintendo Switch will also be able to purchase three new Malzeno-inspired amiibo that unlock special layered armor for their hunter, Palamute, and Palico pawtners.

*Physical edition available in EMEA and Asian territories only

Monster Hunter Rise: Sunbreak begins following the heroic defense of Kamura Village against the Rampage that concludes in Monster Hunter Rise. News of the village’s survival inspires the gallant knight Dame Fiorayne to travel from the distant Kingdom seeking aid. Hunters brave enough to answer the call will set out for the port of Elgado Outpost. This bustling maritime waystation is the home of the Laboratory researching the abnormal monster activity troubling the Kingdom, and the Command Post tasked with restoring peace to the realm. Here, players will interact with a cast of new characters including the commander of the Knights of the Royal Order Admiral Galleus, the quirky scientist Bahari, Minayle the Blacksmith, Oboro the Merchant, and the quest giver Chichae. These helpful allies will assist hunters in crafting new gear for the perils ahead, and instructing them to perform powerful new Wirebug techniques.

The threat befalling the Kingdom is closely linked to powerful creatures inspired by staples of Western horror known as the Three Lords. This cadre includes the newly unveiled Garangolm, the chilling Fanged Wyvern Lunagaron, and the Elder Dragon Malzeno. In addition to these nightmarish new foes, other monster variants and returning fan-favorites including Blood Orange Bishaten and the mighty Astalos will emerge to challenge hunters in the added Master Rank quest difficulty. Researching the behavior of the Three Lords will take hunters across the Kingdom to exciting new locales, including the newly-unveiled Citadel. This locale boasts snow-swept peaks cascading down to lush forests teeming with new forms of endemic life. At the center of this vast region sits a long-abandoned fortress that serves as a bastion for the very monsters it was built to keep out. More information about Monster Hunter Rise: Sunbreak will be revealed at a later date.

To help new players prepare for the arrival of Monster Hunter Rise: Sunbreak, new armor sets and weapons for Monster Hunter Rise have been added. The powerful Defender series of weapons boast a high attack power for helping players advance through early hunts, and can be paired with the Black Belt armor and Veteran’s Talisman for enhanced survivability and useful skills. As players approach High Rank, the Guild Cross set speeds up the process of harvesting useful items that can be stockpiled for future hunts. Monster Hunter Rise players who do not purchase the Sunbreak expansion will receive an update when Sunbreak launches that will require 13GB on Nintendo Switch. The update will be required for online play, and includes weapon balances, item packs, and character edit vouchers.