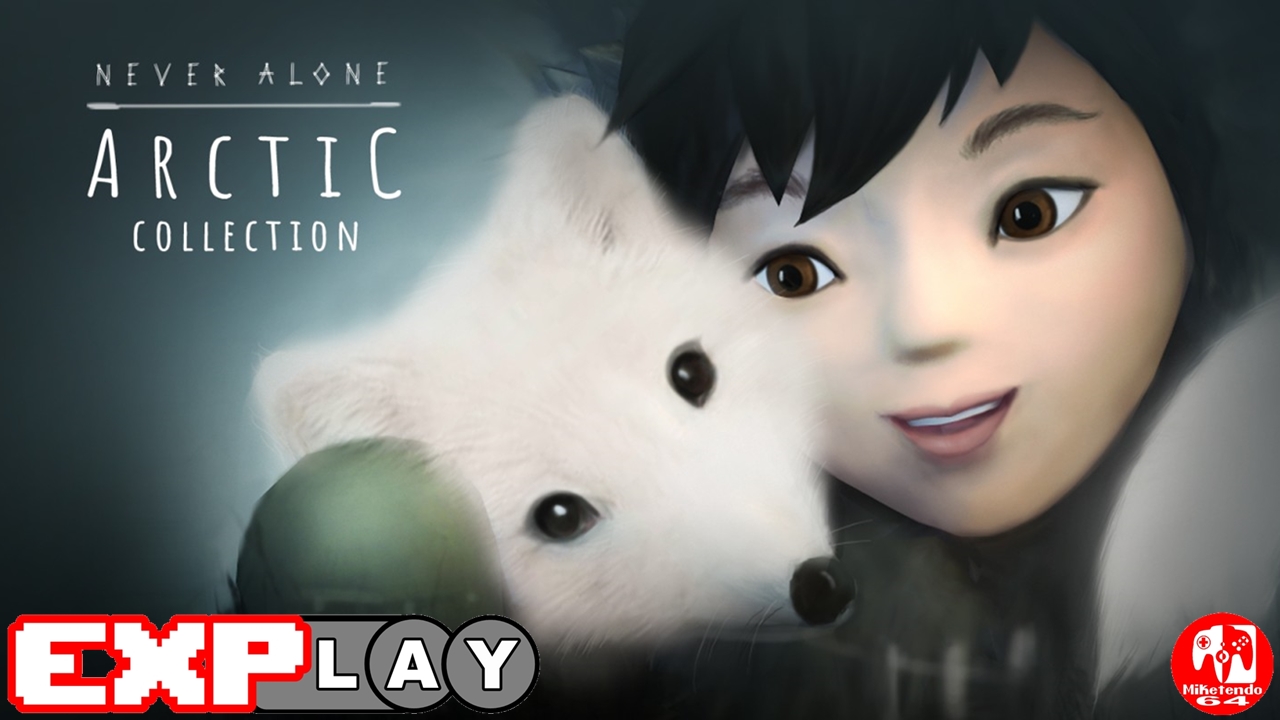 Welcome to EXPlay, (Explain & Play) the review series where we care not for scores but tell it how it is when it comes to every game we get our hands on, whilst also taking the time to include some lengthy gameplay, to give you the reader, the chance to shape your own impressions and views whilst watching and reading. In this installment, we’re covering Never Alone: Arctic Collection by developer E-Line Media.

Never Alone: Arctic Collection finally arrives on the Switch after being released previously across iOS/Google stores, PlayStation, Microsoft, Steam, and more. Previously released in 2014 the game predated the Switch, now in its 5th year, having been on a variety of ‘Best Of’ lists it’s great to see the game finally make it to Switch. In Never Alone, you play as Nuna and Fox moving left to right through the Alaskan wilderness across chapters telling their story, as well as the story of the Alaskan peoples.

The gameplay basis for Never Alone has you taking control of Nuna a young girl lost in the wilderness who stumbles on her village destroyed and her community displaced. A small fox, named Fox, aids her along with summoning the spirits to leap from ledges, push crates, drop ropes, and break through walls of ice while avoiding polar bears.

Never Alone features a unique piece of gameplay in the form of video clips you will find along your journey by engaging with the Owl Man’s small owls found along your path or just out of reach hidden around the levels. Selecting the minus button brings up the video you just unlocked which tends to span a few minutes. These video documentary-style clips give you insight into the people and livelihood of native Alaskans as well as explain the lore behind the tales represented in the game. I found the clips to be high quality and well done and insightful as I played through the game as Nanu and Fox.

Visually, Never Alone does a great job of taking the muted colors of white/gray of the Alaskan snow-covered landscape and giving depth to the 2D game. There are often visually intriguing things happening in the background or foreground like animals moving around or sneaking along of the elflike little people following Nanu and Fox.

Initially, my thoughts on Never Alone were that the game is simple and minimalistic in its game design. This isn’t necessarily a downside, though I did hope to see more visual differences and variety in the icy and snowy landscapes. The controls are sometimes finicky when you want to change direction seemingly not as responsive as I wish they could be. In one of the early chapters, Nanu gets a weapon that helps her ward off potential predators, as well as, gives her the ability to break barriers of ice blocking her path. The bola weapon has a tricky control stick and flick mechanic which didn’t always work for me. It’s also slightly difficult in the heat of battles to pull off some moves.

If you are interested in games that do more than just tell a story but actually teaches you about the people or community in which the game and the world take place in, you may be interested in Nanu’s adventure in Never Alone: Arctic Collection. The game on Switch contains the Foxtales DLC pack as well. The Foxtale DLC contains a new bit of content that has you travelling across open seas, swimming through the ruins of a sunken village, and going up the Noatak River on a mission to rescue a new friend.