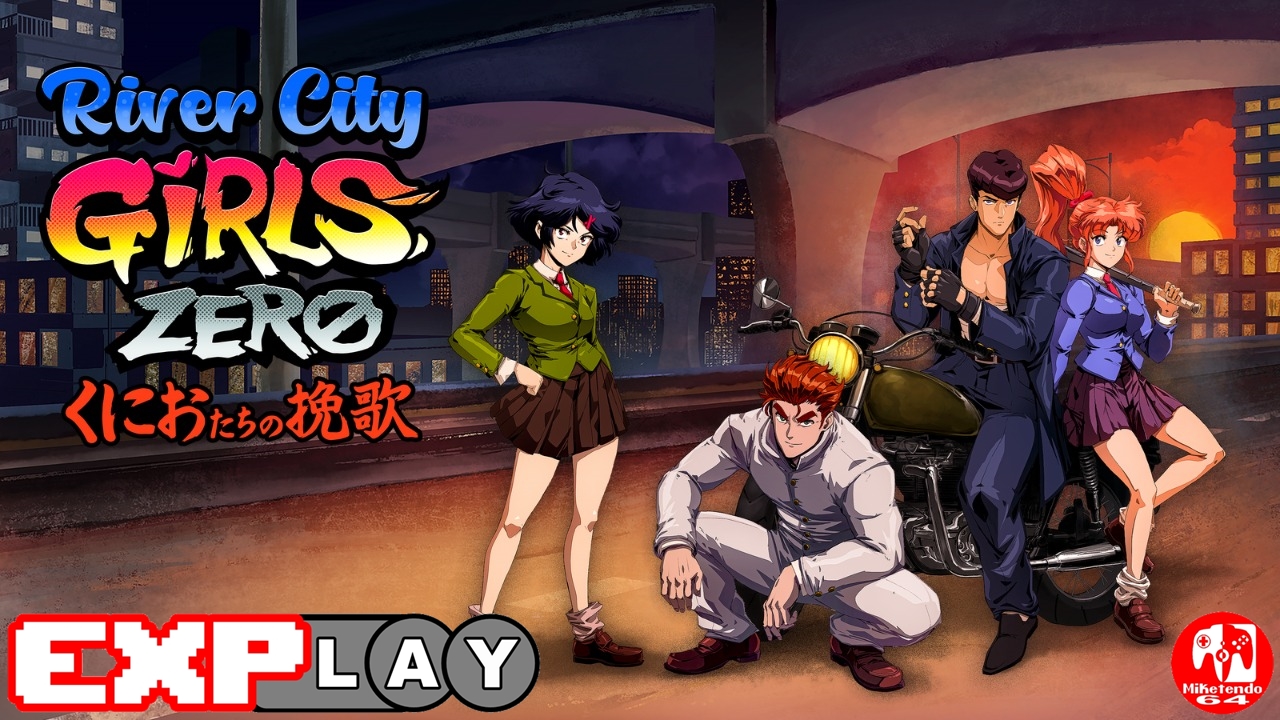 Welcome to EXPlay, (Explain & Play) the review series where we care not for scores but tell it how it is when it comes to every game we get our hands on, whilst also taking the time to include some lengthy gameplay, to give you the reader, the chance to shape your own impressions and views whilst watching and reading. In this installment, we’re covering River City Girls Zero by developer WayForward.

River City Girls Zero is an English-localized version of Shin Nekketsu Kōha: Kunio-tachi no Banka, which released back in 1994 for the Super Famicom in Japan. The original game was developed by Almanic and published by Technos Corp. The officially English-localized version, however, has been developed by WayForward and published by Arc System Works. The new version of the game has new intro and outtro motion-comic cutscenes but maintains all the classic 16-bit retro goodness of the original game.

River City Girls Zero follows Kyoko and Misako and their boyfriends Kunio and Riki as they bust up thugs around River City. While the game is titled River City Girls Zero in English, the game’s story mainly focuses on Kunio and Riki who have been framed for a dastardly crime they didn’t commit. The two bust out of prison and set off to clear their name and find the ones responsible for framing them in the first place. Kyoko and Misako join the boys and help them in their mission.

The game is a 2D arcade brawler that allows up to two players to play locally in 2P Co-op. Players must kick, punch, grab, and throw their way through the oncoming enemies. Each character has a special move that is unique to them to make them play a little differently to the others though for the most part, the boys play rather similarly to each other as do the girls to one another. The girls seem to be a bit quicker with their attacks but are unable to grab enemies. The boys on the other hand are slightly slower but can both grab and throw enemies.

The gameplay is rather linear, and you simply fight your way through each stage and move on to the next. Each stage has a different theme with the first stage taking place in a prison, the next taking place in a school, followed by a theme park, the highway, and so on. Most of the enemies that you fight will take a few hits to put down on the ground. At the end of most stages is a boss who will also have the support of his cronies. Taking the cronies out first will give you a short window of uninterrupted fight time with the boss before reinforcements inevitably arrive. Upon beating the boss, you will be able to progress to the next stage.

River City Girls Zero does not have a typical “lives system” where you can simply respawn if you have enough lives in order to do so. If you are low on health, you must switch between characters instead before they are defeated. If you are playing on your own, you essentially have four chances to make it to the end of the stage before any one of your characters in your party are defeated. If you are playing 2P Co-op and one of you is defeated, they will have to wait for the other player to finish the level or are defeated as well. On the plus side, you can replay the stage you were defeated as many times as you like until you eventually beat the stage.

If you are a fan of retro beat ’em ups, or even of the River City Girls series, then River City Girls Zero may well be a game that takes your interest. It does take a little getting used to but once you get the hang of it, you will be able to throw down with the best of them.