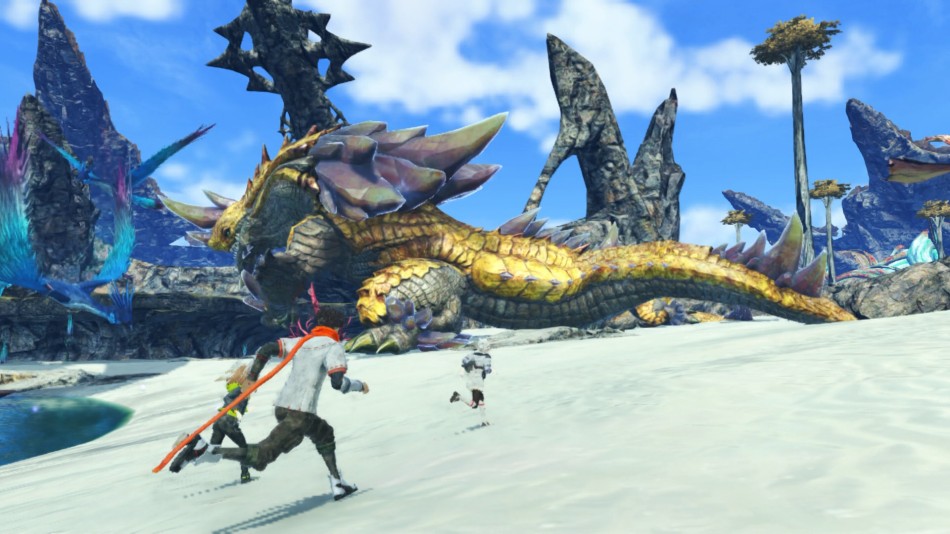 Fighting to live…and living to fight!

With the reveal of Xenoblade Chronicles 3, whilst Nintendo did not spend too much time on introducing potential players to the main characters of the game during the Nintendo Direct, additional information has now come to light.

Straight from the games official web page over on Nintendo’s UK site, Nintendo has named the six main characters and provided a few tidbits in the two warring nations and we’ve rounded it all up for you, right here:

Keves: a nation where mechanical technology was developed. Their armies are composed of units consisting mainly of combat vehicles. They use units of small, mobile weapons operated by soldiers riding them.

Agnus: a nation strong in ether, a magical technology. Their forces are built around units that specialise in ether combat, and they fight with small, mobile, autonomous weapons that use ether technology.

Six soldiers hailing from these nations, will take part in a grand tale with life as its central theme.

Noah: One of the protagonists of Xenoblade Chronicles 3 and a solider of Keves. Noah is also an “off-seer” who mourns for soldiers who’ve lost their lives on the battlefield.

Lanz: An ally of Noah’s who wields a great sword that doubles as a shield.

Eunie: A childhood friend of Noah and Lanz who has a sharp tongue and rough personality. She specialises in healing her allies in battle.

Mio: The other protagonist of this story, Mio is a soldier of Agnus and an off-seer like Noah.

Taion: A tactician who flights alongside Mio using his smarts and insight.

Sena: This soldier is an ally of Mio and Taion. Despite her petite figure, Sena’s wields immense physical strength!

As well as the screenshots that you see above, Nintendo has also shared some character art for each of the leading characters. We have gathered them up and put them into a gallery for you below:

Got a favourite hero yet or do you need to see more of these stupendous six before you can make your mind up? Let us know.

2 thoughts on “Introducing the Leading Characters of Xenoblade Chronicles 3”