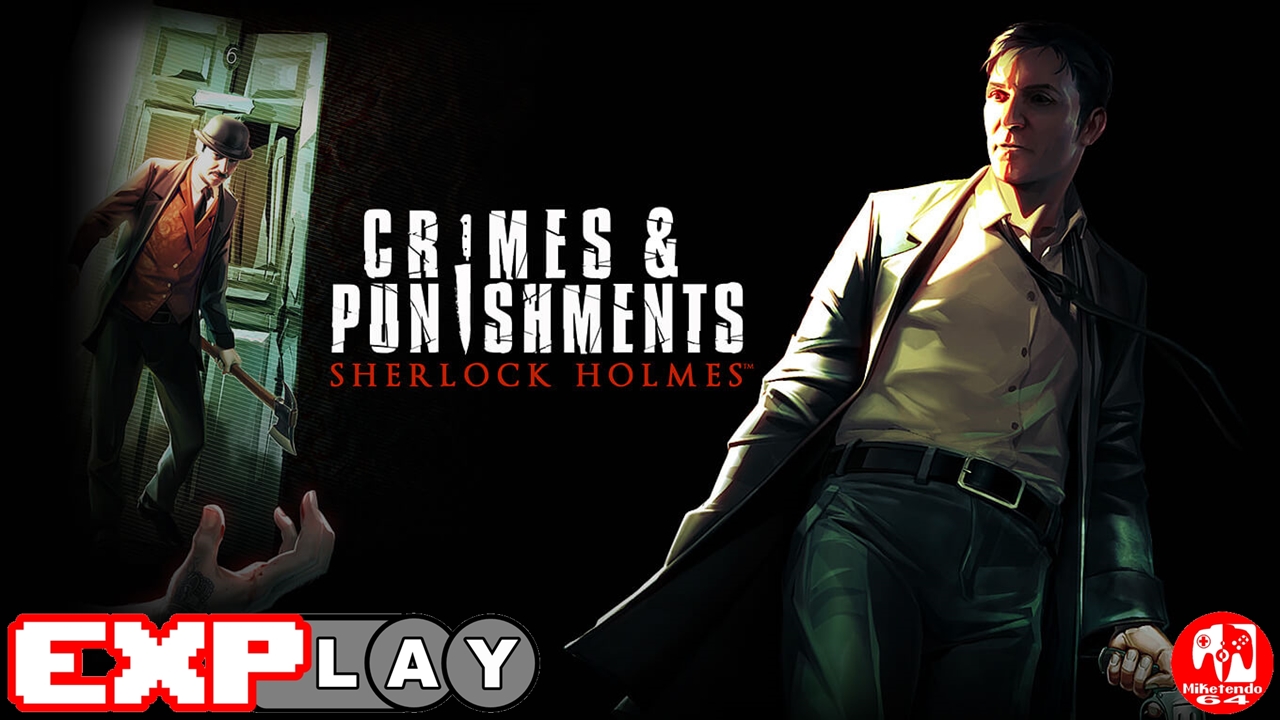 Welcome to EXPlay, (Explain & Play) the review series where we care not for scores but tell it how it is when it comes to every game we get our hands on, whilst also taking the time to include some lengthy gameplay, to give you the reader, the chance to shape your own impressions and views whilst watching and reading. In this installment, we’re covering Sherlock Holmes: Crimes and Punishments by developer Frogwares.

In Sherlock Holmes: Crimes and Punishments, you play as the title sleuth working his way through London visiting numerous locations to solve crimes. Originally released in 2014 on various platforms, the remastered game has now reached the Nintendo Switch.

The main gameplay loop of Sherlock Holmes: Crimes and Punishments consists of four main parts. There are crime scene investigation parts where you will walk around examining the crime that has been committed. In my first case, I reviewed the scene of a murder and various clues and evidence within the work shed of a retired fisherman. Within the backyard where the murder took place, there were areas of interest that could trigger evidence or lines of dialogue with other police officers and investigators, or witnesses. When approaching the gentleman that had been murdered, I was able to track through some areas of interest on his body like residue on clothing, pools of blood, and the impact wound from a whaling spear.

After investigating the crime scene and looking for evidence and clues you will want to question suspects and witnesses. Sometimes new dialogue options will be available based on items you have investigated within the crime scene. Connections or mentions of other witnesses or suspects can also lead to new dialogue trees or open up new locations to search on your town map.

When you have multiple locations to visit you can open up Sherlock’s journal and select the map to visit multiple locations like 221B Baker Street, Scotland Yard, and the main crime scene, as well as other pertinent areas. Within Sherlock’s house, there are a few areas you can access like Sherlock’s wardrobe and costumes which can be used to fit into certain crowds. In the first case, I had to wear some clothes resembling a sailor so I could fit in unnoticed in a Pub known as the “Sea Witch”.

There was a moment in the first case where Watson and Sherlock had examined a whaling spear driven through the murdered sailor’s chest. Sherlock inquired about the way the current suspect could have done that and therefore instigated a trip to the local butcher shop. Whilst there, Sherlock tries throwing a whaling spear at a pig carcass in hopes of understanding the strength needed to murder someone with a spear. Having these crime scene recreation set pieces, in this case, made for an interesting mini-game where you had to line up your shot just right.

The last piece of gameplay, Sherlock’s intuition has you taking what you have learned and tying them together, whether it be a piece of evidence to a suspect or a location. Making connections results in a blue light around the known items and in some cases unlocks new lines of thinking and new clues to be matched. Successfully apprehending the suspect and getting the case right results in a win for Sherlock, Watson, Inspector Lestrade, and London as another murderer is put behind bars.

Overall, Sherlock Holmes: Crimes and Punishments plays as a bit of a walking simulator with point and click-like investigation sequences with dialogue trees for investigations. If you are familiar with the L.A. Noire game you will notice subtle facial animations during certain minigames and questioning, but it’s not as detailed or as telling most of the time.

The environments in the game are suitably detailed with various items, foliage, lighting, and textures, though I noticed a few times of popping in and out of areas some textures would load in slowly. During my first case I had to visit several locations and skip around from place to place. With each change of location there is a lengthy bit of loading before you can visit the area. At least during the load times, you could review your case journal and freshen yourself up on various characters and clues.

Out of what I played I could tell the game was more or less linear in how you need to examine the crime scenes, talk to people in a certain order more or less, and make sure to connect the dots between physical evidence and recalled events from suspects and witnesses. Much like an actual murder investigation, people tend to be less reliable than the physical evidence, though sometimes they spill the beans on connections to the crimes or items found at the scene.