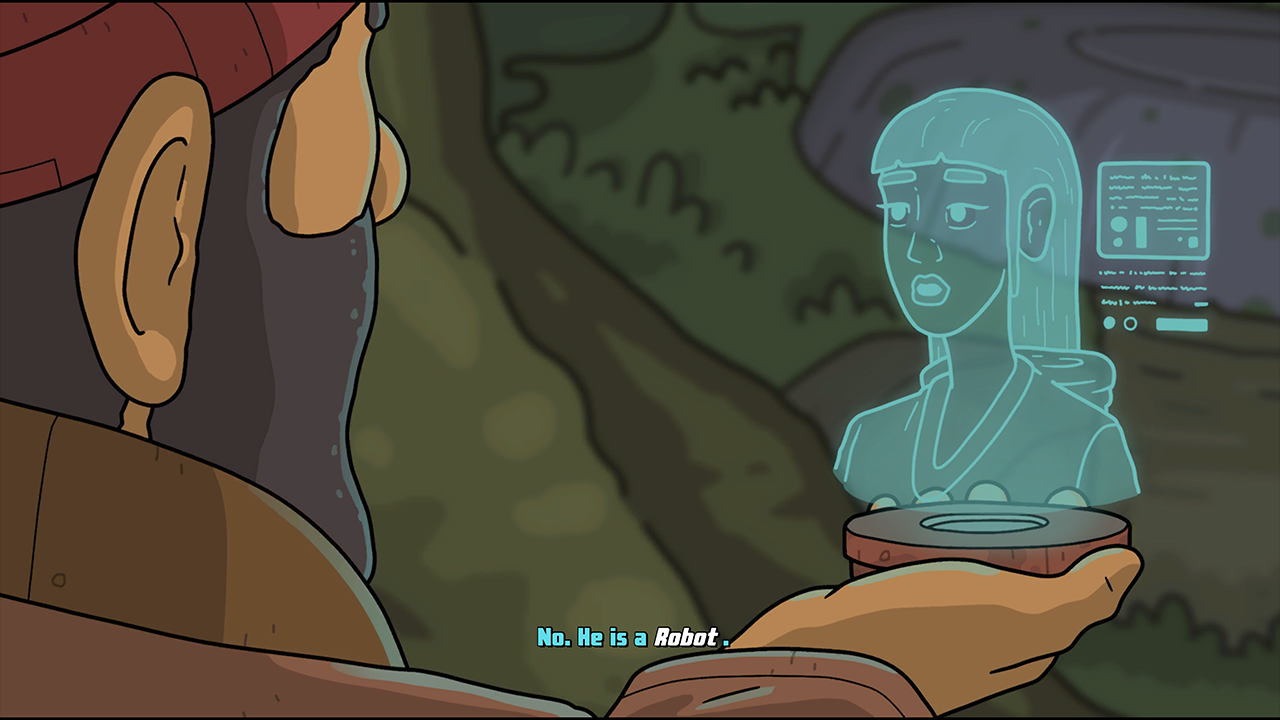 Three is the magic number…

Now we’re back with our third Dexter Stardust focused interview and this time we’re talking about the game’s episodic nature and the future of the series, including change of genre, but first, let’s welcome back Jeremy:

Miketendo64: While, for the most part, development of Dexter Stardust: Adventures in Outer Space, comes down to you and you alone, Flynn’s Arcade are also attached as a publisher. How did that relationship come to pass? What excited them about this upcoming release and how have you found the arrangement?

Jeremy Fryc: I feel really fortunate that Juan, from Flynn’s Arcade, was interested in my game. He DM’d me on Twitter and then we started chatting on Discord. I had a few publishers reach out before, but I didn’t get a good vibe from them. Juan was different. He’s super straightforward, very transparent, and an excellent communicator. He just loves games and he wants to help developers realize their dreams. He’s the reason Dexter Stardust is coming to Nintendo Switch. And in many ways, the realization that this game would be on Nintendo gave my friends (who voice the characters) the push they needed to finish the voice overs. I am extremely grateful to Juan, for sure.

Miketendo64: Featuring voiced dialogue, can you tell us a bit about the voice talent you have involved in Dexter Stardust: Adventures in Outer Space?

Jeremy Fryc: I mentioned earlier that I co-created the main characters of Dexter Stardust with my friends Munk Alejandro, Lola Mendez, and Alec Corday. They are all really creative people, and I feel very fortunate to know them. We all lived in roughly the same area of the Dominican Republic back in 2012.

One day, I was hanging out with Munk and Alec and I just said, “I’m making a game but I don’t know what the main character should look like”. So, Alec went into his closet, pulled out a leather flight jacket and put it on Munk.

Munk has such an interesting face and personality that… well, that was all we needed. I just knew… that was Dexter. He was Dexter Stardust. Alec and Lola are married, and Alec’s mother had a really cool dark-red leather jacket… Lola put that on, and BOOM! We have Aurora.

Back then, I was going to rotoscope Munk and Lola to create animations in the game. So, the characters in the game were actually going to look exactly like them.

After I completed a demo of that first rotoscoped/semi-realistic art-style, I had a legitimate panic-attack about the game. I just wasn’t happy with it (After that, I also learned to care less about the game. There are certainly more important things in life. No more panic attacks). I redesigned the art-style, and created the more cartoonish look that you see today. However, the characters are still inspired by Munk and Lola.  Naturally, they voice those two protagonists. Many other friends fill out the rest of the cast.

Miketendo64: Consisting of 5 episodes, (Episode 0: Delivery on Venus, Episode 1: Robot from the Planet X, Episode 2: Mega Problema in the Bodega, Episode 3: Escape from Mars and Episode 4: Secrets of the Moon), can you tell ourselves and our readers a bit about the design process that led to each episode and, without too many spoilers, give us a quick outline as to what each episode is about?

Jeremy Fryc: The episodes are a happy accident. Before cutting the game into episodes, I had finished a rough play-through of the game and I played through it twice. Both times I was really unhappy with how it felt. The pacing was really off, and something was just… missing.

At the time, I was watching a lot of Futurama, Bob’s Burgers, and Clarence, and I got the idea to cut the game into different episodes. So, I sat down and plotted out how I was going to do that, realized that I needed to add some cutscenes and rearrange some puzzles, and then I got to work. It took about 2 months to rearrange everything into proper episodes, but it was totally worth it.

Even so, there were compromises. One compromise I needed to make was that it would have been impossible to make each episode the same length and contain the same puzzle complexity.

Again, this is because episodic gameplay was not the original plan. But I had a solution — I added little indicators at the bottom of each episode that indicate how long the episode is, how much of the story it contains, and how puzzle-heavy it is. This was a way to inform the player’s expectations before they even start playing the episode.

Episode 0, “Delivery on Venus”, is a bonus episode that doesn’t really have anything to do with the rest of the episodes (except for a little cutscene at the end). It was designed at the very end of development, as a quick 15-minute demo. I think it took like 2 months to add on that episode.

Episode 1, “Robot from the Planet X”, very much feels like the first act of a movie. It sets up the story, and sets Dexter and Aurora on a path of no-return.

Episodes 2 and 3, are like the second act of a movie. They both take place on Dexter’s home planet of Mars. This is where you really get to see Dexter in his element. Most people know him in his hometown on Mars, and it’s fun to see Dexter interact with those kinds of people before the story whisks him away forever.

One cool thing to note though, is that every episode is playable from the first time you open the game. It’s kind of like when an entire season of a show drops on Netflix. I could have locked the episodes off, but I didn’t. If someone wants to revisit an episode, they don’t have to start from the very beginning. They can just play the episode they want to.

Miketendo64: Unlike Episodes 1-4, Episode 0 came to be as a demo. What lead to its creation? Was it something you always wanted to do, or something that came to pass later on down the line?

Jeremy Fryc: Every game needs to have a demo, and when I created episodes 1 through 4, I realized that I couldn’t really release any of that as a playable demo. Episode 1 especially is too story-heavy, too spoilery.

Then, over the next two months, I finalized the artwork and polished it. For me, it’s a perfect demo. 10-15 minutes of gameplay. No spoilers. Easy puzzles. And it communicates the idea of what it would be like to play the full game.

Miketendo64: With the first game described as being Season 1, should you go on to create additional Dexter Stardust adventures, would you do so as another game, made up of multiple episodes, or release additional episodes, made available as either standalone sagas, or free DLC to Dexter Stardust: Adventures in Outer Space?

Jeremy Fryc: Great question! Actually, I have already started Dexter Stardust Season 2. It’s a pixel art platformer and it picks up immediately after the first game finishes. And yes; it is episodic just like the first game. I really like that episodic format. I’m about 1/3 into the development of that game. The second game is three episodes of roughly equal length. So, I’m almost done with the first episode.

The systems are all in place. Now, it’s just creating the content… which is not an easy task, but it’s been fun learning level-design in new genre!

As far as the Dexter Stardust saga goes… I plan on three games to fully complete the story. But each game is a different genre that I personally enjoy. The first game is a point and click adventure (which we are talking about here), the second game is a pixel art adventure platformer (which I’m working on now), and the third game…. is a secret, but I have ideas!

And if you are wondering; yes, I know how the whole story ends. I planned the ending before I started working on the beginning. You gotta know where you’re going, right?