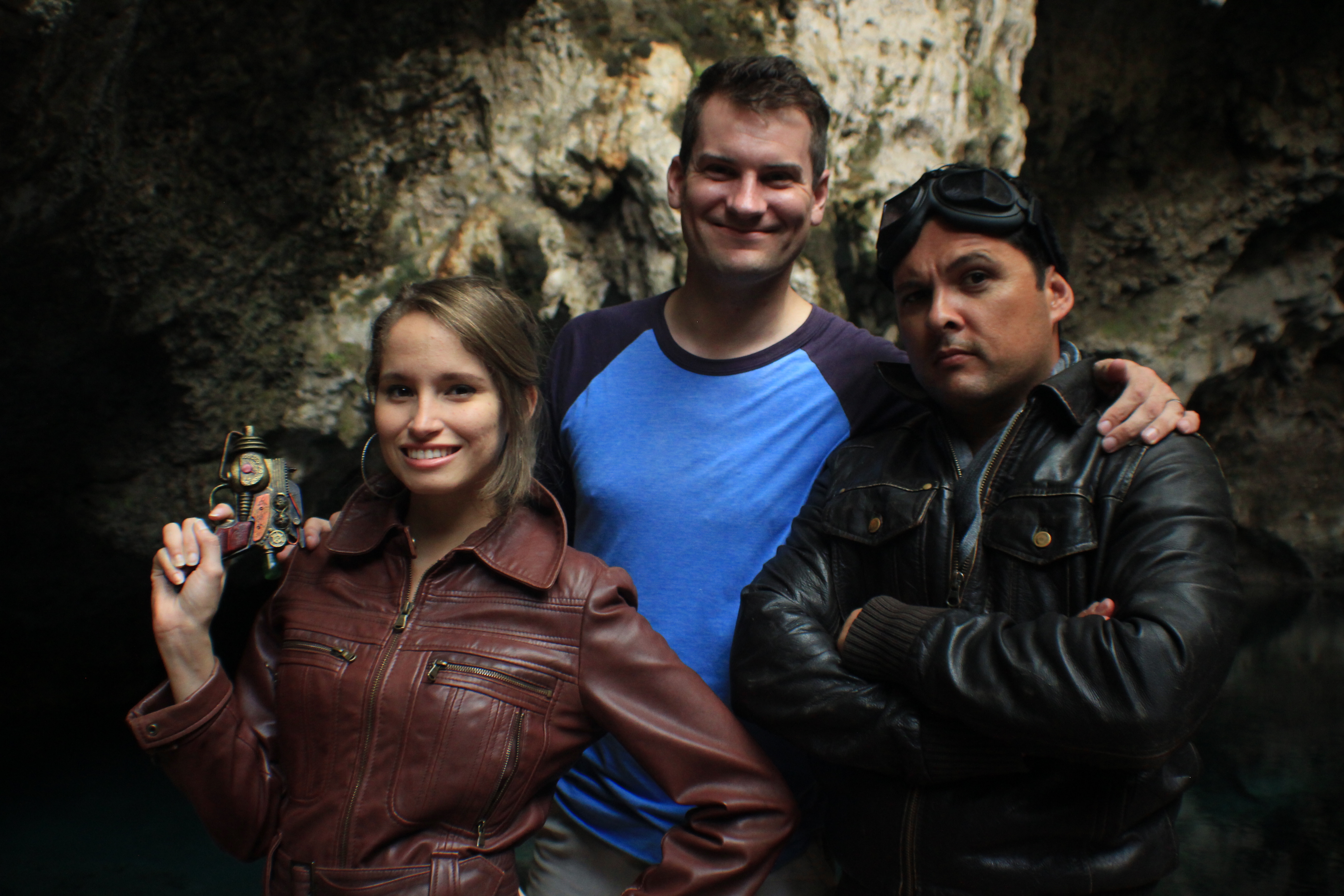 Welcome back to another Miketendo64 interview that sees us chatting with Dexter Team Games’ Jeremy Fryc, regarding the upcoming Dexter Stardust: Adventures in Outer Space. In the first part of our mini-series comprised of Dexter Stardust interviews, we discussed what kind of a game Dexter Stardust: Adventures in Outer Space is? We found out if it was always intended to be a point and click game and we even learned what it is about this particular genre that the developer enjoys.

Now we’re back with our second Dexter Stardust focused interview and this time we’re talking about working with others and the benefits that come with them, but first, let’s welcome back Jeremy:

Miketendo64: While, for the most part, development of Dexter Stardust: Adventures in Outer Space, comes down to you and you alone, Flynn’s Arcade are also attached as a publisher. How did that relationship come to pass? What excited them about this upcoming release and how have you found the arrangement?

Jeremy Fryc: I feel really fortunate that Juan, from Flynn’s Arcade, was interested in my game. He DM’d me on Twitter and then we started chatting on Discord. I had a few publishers reach out before, but I didn’t get a good vibe from them. Juan was different. He’s super straightforward, very transparent, and an excellent communicator. He just loves games and he wants to help developers realize their dreams. He’s the reason Dexter Stardust is coming to Nintendo Switch. And in many ways, the realization that this game would be on Nintendo gave my friends (who voice the characters) the push they needed to finish the voice overs. I am extremely grateful to Juan, for sure.

Miketendo64: Featuring voiced dialogue, can you tell us a bit about the voice talent you have involved in Dexter Stardust: Adventures in Outer Space?

Jeremy Fryc: I mentioned earlier that I co-created the main characters of Dexter Stardust with my friends Munk Alejandro, Lola Mendez, and Alec Corday. They are all really creative people, and I feel very fortunate to know them. We all lived in roughly the same area of the Dominican Republic back in 2012.

One day, I was hanging out with Munk and Alec and I just said, “I’m making a game but I don’t know what the main character should look like”. So, Alec went into his closet, pulled out a leather flight jacket and put it on Munk.

Munk has such an interesting face and personality that… well, that was all we needed. I just knew… that was Dexter. He was Dexter Stardust. Alec and Lola are married, and Alec’s mother had a really cool dark-red leather jacket… Lola put that on, and BOOM! We have Aurora.

Back then, I was going to rotoscope Munk and Lola to create animations in the game. So, the characters in the game were actually going to look exactly like them.

After I completed a demo of that first rotoscoped/semi-realistic art-style, I had a legitimate panic-attack about the game. I just wasn’t happy with it (After that, I also learned to care less about the game. There are certainly more important things in life. No more panic attacks). I redesigned the art-style, and created the more cartoonish look that you see today. However, the characters are still inspired by Munk and Lola.  Naturally, they voice those two protagonists. Many other friends fill out the rest of the cast.

Miketendo64: Was there anything in particular you were looking for when trying to find the right voice for each character? How long did the search take?

Jeremy Fryc: For sure. The characters in the game reflect the cultures and languages that I have personally experienced. Like I said, I lived in the Dominican Republic, and I was there for about 9 years. So, I speak Spanish and Haitian Creole, in addition to my native English. I wanted to put those Latin American cultures, and the people that represent them, into the game.

Naturally, the characters must be played by people who actually represent those cultures. For example, if there is a Haitian person in the game, then a Haitian person had to play that individual. The difficult part is not finding someone who compliments the description of the character, it’s finding someone who can voice-act AND has recording equipment at home (because of the pandemic). So… that’s a tough combination to find. Again, I feel so fortunate to have so many talented friends. We eventually got it done.

Interestingly, one character who only plays a minor role in this game (larger role in future games), is the voice you hear talking to Dexter when Episode 1 starts. I had a friend do all the voices three times for that character… but man… he’s a good friend… but he CANNOT voice-act. It was just terrible. Haha. We had a good laugh about it. I ended up reaching out on Twitter. I posted that I was looking for a voice actor and I got a LOT of offers. I ended up going with Luron Morgan, who is amazing. Such a sweet guy. Super talented and super humble.

Miketendo64: As part of our research to compose the questions for our interview, we found a tweet by your brother, talking about the game, how proud he is to see how much it has progressed and how fun it was seeing this progression. We absolutely love seeing things and really liked the part about Ben providing some feedback. Any chance we could ask about some of the feedback that was provided and how it improved Dexter Stardust: Adventures in Outer Space?

Jeremy Fryc: One of the hardest parts about developing a game is getting good feedback. This is because people simply have different tastes. For example, if someone plays a Mario game, and says, “it would be better if Mario had a sword”. Well, that’s certainly interesting feedback, but is it good feedback?

Surprisingly, I actually don’t play many games apart from first-party Nintendo games and a few indie titles, but my brother is a huge gamer. He plays everything. He is also a very experienced designer. I was showing him some gameplay, and of course, point and click games are generally very dialogue heavy.

He noticed that it was difficult to easily parse the most important parts of the conversations; the parts with clues about puzzles. He simply suggested that I include rich text in the dialogue subtitles, which would make those clues stand out a bit more. THAT is good feedback. It doesn’t fundamentally change what the game is intended to be, but it allows it to be a better version of itself.