[Interview] Full Steam Ahead with QuaQua (#1) 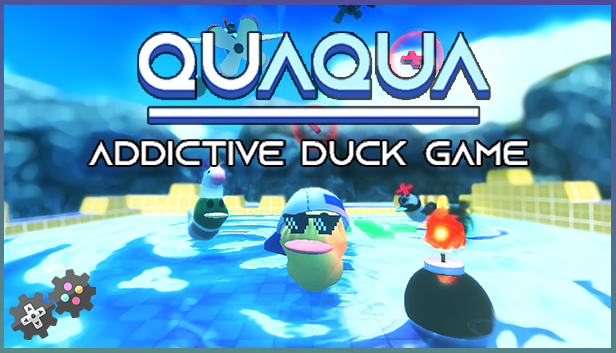 Future, past, present, all cogs in the same machine and as we turn our attention to a future release, it is time to remember the past. Back in 2016, we spoke to a man who had a dream. A dream of making a Nintendo64 mod The Legend of Zelda: Link’s Awakening for The Legend of Zelda: Ocarina of Time. The mod, best known by the name of Link’s Awakening 64 and we were in total awe of this creation.

Fast forward to the present, the man behind the mod, Tyrone (“Ty”) Anderson, has launched his own development studio and we are just weeks away from the release of his first game for Steam.

“Wait, Steam? But this is a Nintendo site, why are you covering a Steam game?”

Well, those who love a good spoiler, should the game be met with the right amount of success, Devoke Studio will make efforts to try and bring the game and another game of theirs, to the Nintendo Switch as well. In the meantime, it all starts with Steam and there is plenty to learn about this upcoming title.

So much so that we have plenty of QuaQua answers that you can expect to hear plenty about it in the coming weeks, as part of a series of extensive interviews dedicated to all things related to the game and more. You will not find any Link’s Awakening 64 news in this instalment, but there will be in a future instalment.

With that out of the way, let’s begin:

Miketendo64: With the release of your first full game on Steam, how are you feeling currently? Excited? Anxious? Working intently to make sure everything is up to scratch?

Tyrone Anderson: All of the above for sure. I have dreamed of this for many years, I want everything to be perfect and to give the world a polished product. Naturally, however, being a solo developer, I do not have the resources to pay a large beta testing team, so trusting I have found every glitch and exploit is an anxiety-building exercise. Thankfully, I have friends and family who are willing to help with that, but I am working round the clock to not only market this, but to make sure it is the quality I expect from myself and others.

Miketendo64: Given the browser-based games you’ve worked on, what lead you to make QuaQua to be the first title you bring to Steam over everything else?

Tyrone Anderson: I often upload the browser games as simple proofs of concepts for ideas I intend to come back to later on, or as challenges. Nerox is one such example of this, I wanted to make futuristic AI-controlled cars, to move and be governed as traffic in my up-and-coming 3D platformer, A Snoot’s Adventure. I loved the F-Zero games for the N64 and Gamecube, so I set myself the challenge of trying to recreate the base of the game in four days to understand how this mechanic would work.

I always have some other master plan for what I upload in these early concept works to the website. If anything, they serve as tech demos for future mechanics I hope to develop, but with QuaQua, I set myself the task to make a game in three months. I went a little over and extended this to four, but there was no point uploading a tech demo of the concept at that time.

Miketendo64: Only, Steam, isn’t the only platform you’re aiming to bring QuaQua. You actually have hopes of releasing the game on the Nintendo Switch. Can you tell us a bit more about this?

Tyrone Anderson: I am a big Nintendo fan, there is no hiding that. When a company pioneered what games are to this day as much as the Big N did, an idealist like myself cannot help but worship their achievements. Ever since I was a small boy, all I ever wanted was to make a game for a Nintendo console. Now as a grown man, I want to give the experiences I had as a child, to a new generation of gamers. So how could I not aim for a Nintendo Switch release?

If I make enough sales on Steam and the mobile release of QuaQua, I will be able to put myself forward for a Nintendo Switch partner development license and honestly, compared with the other consoles, the entry and costs to be able to develop for the Switch are very low. So I am confident QuaQua and A Snoot’s Adventure will both see a Nintendo Switch release.