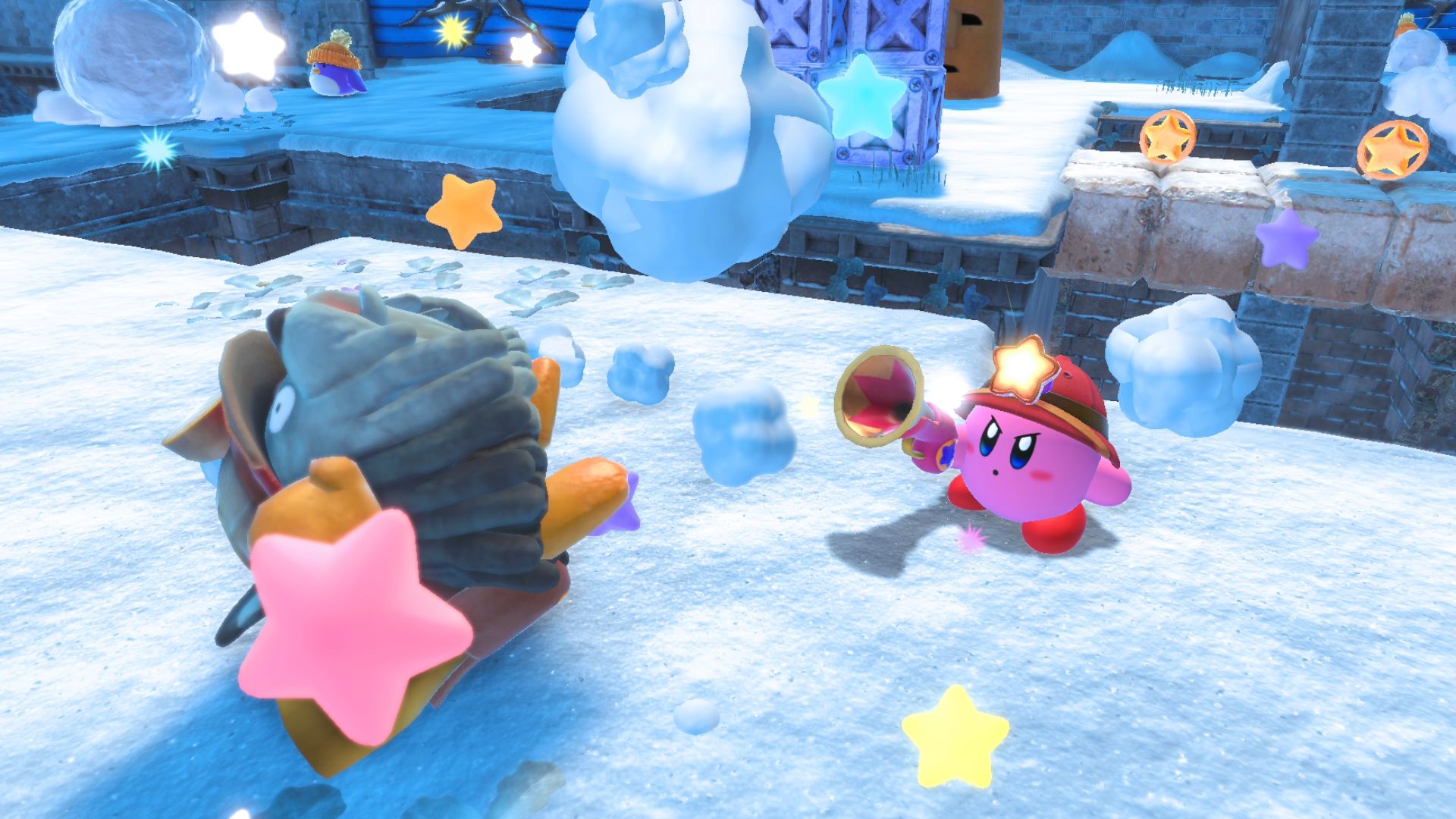 Following the announcement of the new Kirby and the Forgotten Land trailer and release date, Nintendo has begun sharing new screenshots of the game. The screenshots show off some of the new abilities, co-op mode, locales, and bosses that Kirby will have to overcome.

We have gathered up the screenshots and put them into a gallery below. Just click on an image to enlarge it.