[Interview] Learning To Be A Video Game Developer With Ignacio Molina 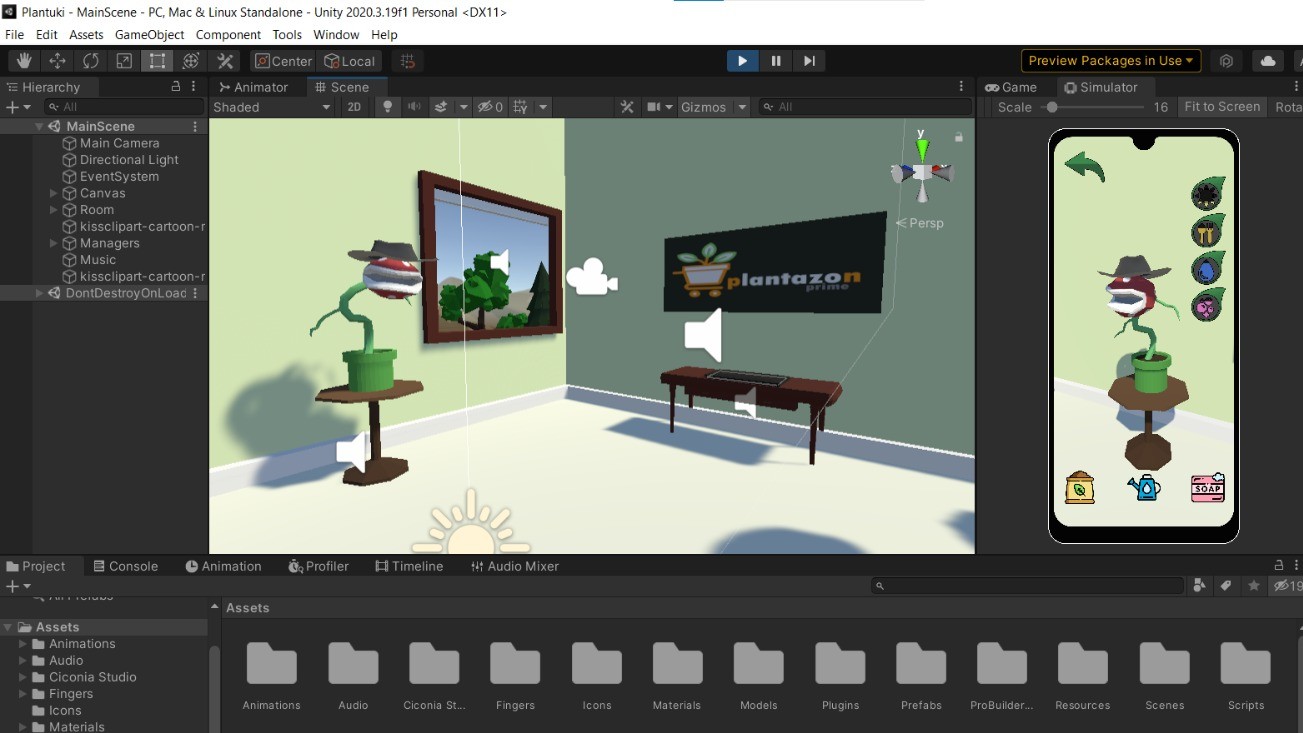 In this interview, we talk at length about why he chose to become a video game dev, what game engines and programs he had to use, the challenges he had to face and what tips he had to share with anyone wishing to pursue a career in developing video games.

Miketendo64: A nice easy question to start with. Tell us a little bit about yourself. Who are you and what do you do?

Ignacio: First of all, thank you for interviewing me and wanting to show a personal experience from a game development student. I am Ignacio Molina, a videogame design and development student who is finishing his last year in college. In addition to my studies, I am currently developing a mobile game in a small game company for a Netflix show. I also enjoy participating in game jams (game development contests consisting in delivering a game within a short time period). Apart from my game developer side, I am a basketball enthusiast and, of course, a gamer for a long time.

Miketendo64: You are currently studying to be a video game developer. What encouraged you to pursue this as a career?

Ignacio: Before I was even born, my parents won in a raffle for a PlayStation One. That became my first console, so I’ve been playing videogames for quite a long time. After that, it came the Gameboy Advance, the PlayStation 2, the Wii, the DS, and many more. When I was getting older and I had to decide what I should do for a living, I decided to be Game Developer so I could inspire and entertain new generations the same way the game industry did for me.

Miketendo64: To seek a career in video game development, you must have experience in playing video games as well. What have been some of your favourite games to play?

Ignacio:  The first game I remember enjoying a lot was Crash Bandicoot Warped. After that, there are some highlights like Kingdom Hearts 2, Super Mario Galaxy, Mortal Kombat 9, The Last Of Us, Nier: Automata and many more. From a game developer perspective, I am always curious about how Mario will be controlled in the next games to come. Nintendo has always surprised me on how good playing Mario feels, from Super Mario 64 to Super Mario Odyssey, two masterpieces of how a game is fun and feels very good play.

Miketendo64: Where are you studying to be a video game developer and how long does it take to get a degree?

Ignacio: Right now, I am studying videogame design and development at King Juan Carlos University. It is a university degree just like any other, so it takes about 4 years to finish.

Miketendo64: Are you specializing in a particular field of expertise (like programming, effects rendering, 3D modelling, etc.) or are you focused on general skills across multiple fields?

Ignacio: Since I have started the degree, I have always known that I wanted to be a programmer. Even though programming is my main focus, I have learned and enjoyed different game design, 3D modeling and 2D art skills which are really useful for personal projects. At this moment, I am well versed in the game programming field, but I’d like to gain expertise in Artificial Intelligence and in Gameplay Programming.

Ignacio: To be considered a degree, game design and development had to include subjects most likely found in engineering degrees like Algebra, Calculus, Physics, Computer Architecture, etc., which turn out to be really challenging fields. Even though, in my opinion, the hardest subjects to learn are the ones focused on the graphic aspects of a videogame, like Advanced Graphic Processors and Computer Graphics.

Miketendo64: During your degree, what engines or game development programs have you had to use and learn? What has been your favourite to learn?

Ignacio: I have had to use many different technologies like Unity, Unreal Engine, Game Maker Studio or Phaser. All of these are taught in my degree but not as in-depth as I would like. Therefore, I have had to learn many of the previous mentioned myself by enrolling in online courses or watching many tutorials. Unity is the one I have enjoyed the most, but I am looking forward to taking my Unreal Engine skills to the next level.

Miketendo64: When you finish your degree, what would you like to do next? Will you develop your own game or are you looking to work with a video game development team?

Ignacio: I am still not sure about many things about my future, but I want to work (just as I am doing right now) as soon as I finish my degree. However, I still have to decide whether this will be my main focus, or whether it will be combined with a master’s degree or any other course to be a better developer.

Miketendo64: What platform or platforms would you like to develop video games for? (Android/iOS, PC, Steam, Nintendo, PlayStation, Xbox)

Ignacio: As I said before, I have been developing a mobile game these last few months, so I would like to develop a game for a console/computer because it has a different design approach and I would like to experience that in a professional workflow. However, mobile gaming has many interesting features that I really enjoy, so I think the closest thing between consoles and phones right now is the Nintendo Switch, which I think has endless possibilities as we have seen in the many games that have come to the console during its lifetime.

Miketendo64: Thank you very much for your time. As we finish up with this interview, do you have any suggestions or tips for anyone wishing to learn video game development?

Ignacio: First, it is very important to know that playing videogames is not even close to developing one. Therefore, before deciding you would like to dedicate yourself to video game development, I would recommend learning programming basics, 3D modeling, game design, etc., by yourself first. After that, you should decide your focus as a game developer and in case you want to study in an academy or university, choose a course or degree according to what you are looking for.

I have seen many talented artists leaving my degree due to it being oriented mainly to the technical side of game development. Learning on your own is completely possible, but enrolling in a game developing course or degree has many advantages like knowing many people from the dev world and having a more structured learning path. Another good tip that I can give you is if you want to stand out from other developers, using your free time to develop your skills is essential.

Thank you so much Ignacio for taking the time to participate in our interview. It is very insightful to learn more about video game development from a different perspective, especially learning to become a video game developer. We wish you well with your future endeavors and hope to play some of the games you develop in the near future.