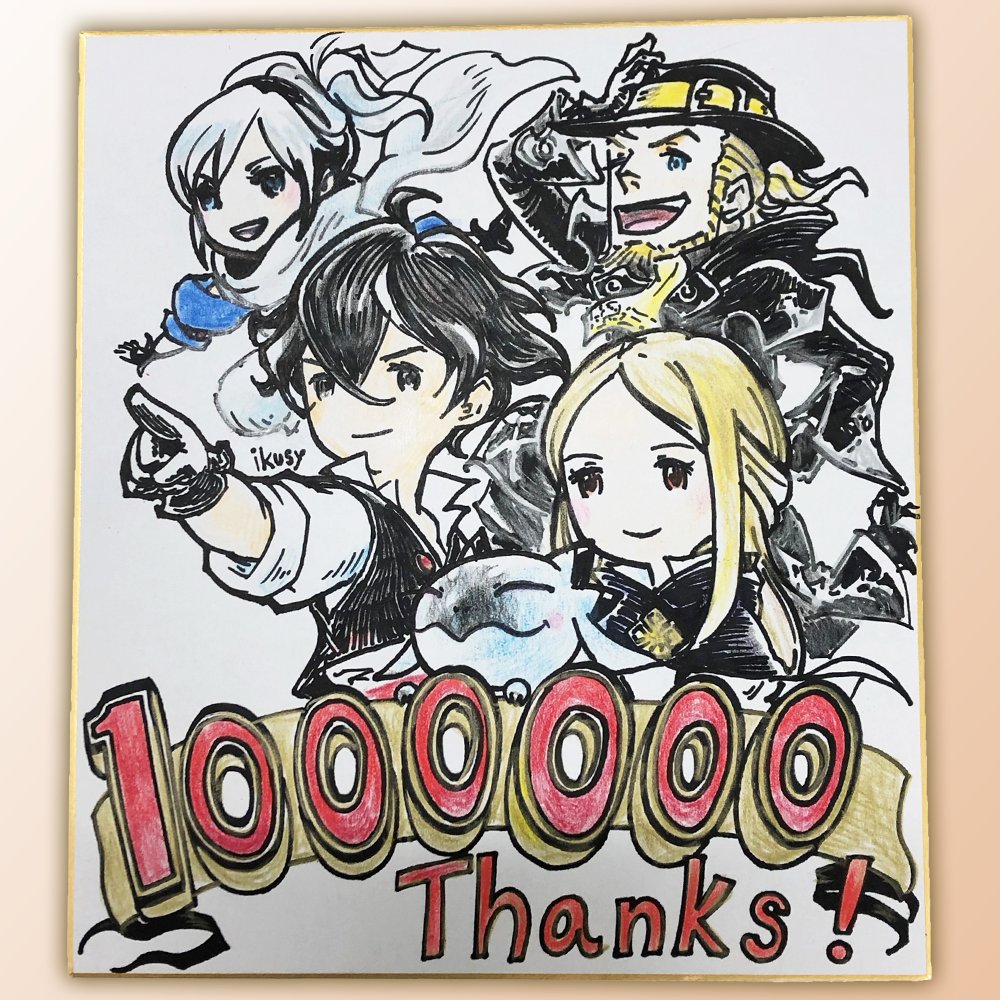 From announcement to release and beyond, Bravely Default II has been a game that has frequently made a headline for itself here and there over recent years and today is no exception.

Prior to the release of the Steam version on September 2, 2021, it was reported by Square Enix that Bravely Default II had sold more than 950,000 copies worldwide and now it’s been revealed the game has broken the 1 million sales barrier and celebratory art has been released in honour of this achievement.

For fans hoping this means a Bravely Default III will happen sooner rather than later, we do need to remind you that while Tomoya Asano has confirmed Square Enix’s interest in continuing the series, it could be a few years off yet.

“Bravely Default II was well-received by fans and as a result, we’re hoping to continue the series as we feel we can pull it off once again. With that said, we’re still in the planning phase, and I suspect development will take another 3-4 years, so we’d appreciate if fans could bear with us.”

What’s more, Square Enix has also announced, in light of Bravely Default II hitting this milestone, they’re also hosting a sale, with the game currently available at 30% off on Nintendo Switch and the same discounted deal coming into effect on December 23, 2021 for Steam.

Join the Heroes of Light on their grand quest to restore balance to the world in BRAVELY DEFAULT II for Nintendo Switch!

Lead your party on a journey through five kingdoms as you seek to return the Crystals to their rightful home. Use Asterisks to unlock jobs and abilities that will allow you to take on all manner of monsters, and be sure to use the Brave and Default commands to manage the delicate balance of risk and reward!

Guided by the light: The world is in crisis. Floods, rising temperatures, nature gone out of control – the theft of the Crystals threatens all living things. There is hope, however, in the form of the Heroes of Light: four fabled warriors who can bring the elements back into balance.

Follow our protagonist Seth, as well as his companions Gloria, Elvis and Adelle, as they travel across the vibrant land of Excillant. Harness their combined powers to defeat the fiends who stole the Crystals, and quell the chaos that threatens to tear the realm asunder!

Battle your way: With its Brave and Default system, BRAVELY DEFAULT II puts a unique twist on the turn-based RPG formula, by allowing players to go all-in on attacks at the cost of future turns, or adopt a defensive stance in order to bank turns for later use.

A balance between playing it safe or adopting a riskier strategy must be struck in order to prevail against the huge variety of enemies you’ll encounter.

Collect Asterisks – magical artefacts that grant your party access to brand new jobs – and customise your party to create the ultimate fighting team. Explore the luscious landscapes of Excillant, chat with its quirky inhabitants and grow into a true band of heroes!