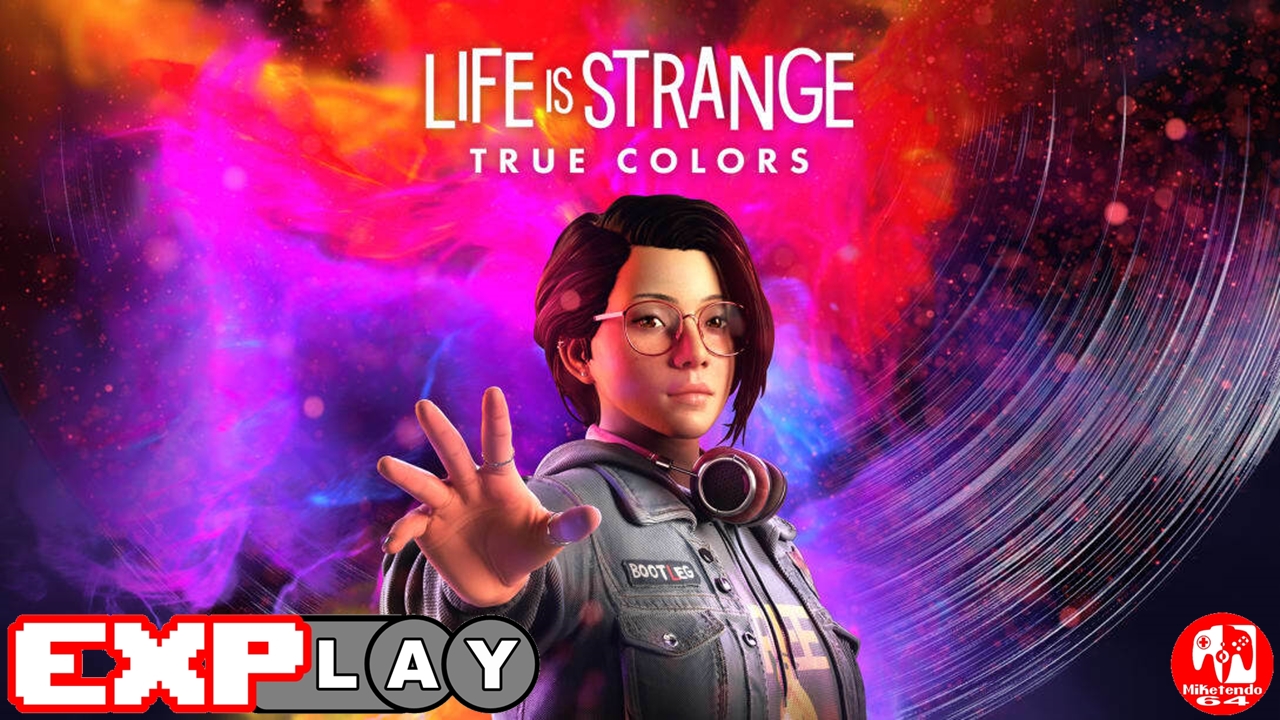 Welcome to EXPlay, (Explain & Play) the review series where we care not for scores but tell it how it is when it comes to every game we get our hands on, whilst also taking the time to include some lengthy gameplay, to give you the reader, the chance to shape your own impressions and views whilst watching and reading. In this installment, we’re covering Life Is Strange: True Colors by developer Deck Nine Games.

Life Is Strange: True Colors is a narrative-driven adventure game by Deck Nine and published by Square Enix Europe. It is the fifth entry in the Life is Strange series and the third main installment following on from Life Is Strange 2. The game released across most gaming platforms on September 10th, 2021, and it has now seen digital release on Nintendo Switch three months later.

Life Is Strange: True Colors follows the story of Alex Chen, a young woman who has had a very difficult upbringing and struggles with her emotions. After leaving a foster home group, Alex heads to the quaint rural town of Haven Springs, Colorado to be reunited with her estranged brother Gabe.

Just as Alex begins to adjust to the life in Haven Springs, a terrible tragedy befalls her and the town. Whilst searching for Gabe’s girlfriend’s son Ethan in the woods, Gabe, his friend Ryan, and Alex find him stuck on an outcrop in a ravine. Alex helps Ethan across the deep ravine and just as they make it to safe ground, a landslide is set off by a scheduled explosion, and kills Gabe.

The scheduled explosion was caused by a mining company called Typhon that was meant to be delayed but went ahead anyway. When Typhon begin to cover up their tracks, Alex begins to suspect the company and tries to find evidence of foul play in order to get justice for her brother’s death.

Much like the other games in the Life Is Strange series, Life Is Strange: True Colors is a “graphic adventure” game that is played in the third-person perspective. Players take control of Alex and must navigate her through the game’s story. Alex has a special power that allows her to see other people’s auras and feel their emotions. How people are feeling depends on the color of their aura. Blue is sadness, Purple is scared, and Red is anger. Alex can choose to help people deal with their emotions by fulfilling tasks for them.

Often times, Alex is presented with choices that will have consequences in the game’s storyline. Some consequences are not apparent straight away and will reveal themselves later down the line. Ultimately though, how you interact with characters and respond to decisions will forge the direction of how Alex’s story will go.

The gameplay is divided into several main chapters and each chapter being further broken up with checkpoints. Chapters and checkpoints can be revisited at any time once they have been played through at least once. Hidden away in some chapters, there are collectibles in the form of Alex’s memories. These can be found by interacting with particular objects that make Alex remember something from her past.

Life Is Strange: True Colors on Nintendo Switch has been a truly impactful experience for me and I found the story very deep and compelling. I love the character development of the main and supporting characters and how their relationships between one another deepen (and can sour in some cases).

The gameplay is engaging and the idyllic location of Haven Springs makes for a very interesting place to explore with plenty of little details and things to interact with. The empathy mechanic was an intriguing concept and I loved how it could allow you to “hear” how each character felt, making them feel all the more human.

As much as there is a lot going for Life Is Strange: True Colors, I must address that the graphics themselves can be a bit of a let down on the Switch. Many large games seem to suffer from graphical downgrades in sake of optimization on Nintendo Switch and this game is no different. The models and environments are somewhat blurred to reduce strain on the system but it always feels like the final texture render is always missing. Text is not very clear to read at times on objects and things like flower petals just look fuzzy and seem to merge into one another.

In short, Life Is Strange: True Colors on Nintendo Switch is a really good game that is only let down by graphical limitations. It is not exactly a deal breaker though as the game is still more than decent enough to play on Switch for the story and gameplay alone. If you only own a Nintendo Switch, you should definitely consider adding this game to your collection. However, if you own a PS4, Xbox One, or PC and you want the best possible experience of this game, you will be probably appreciate it more on one of the other platforms.