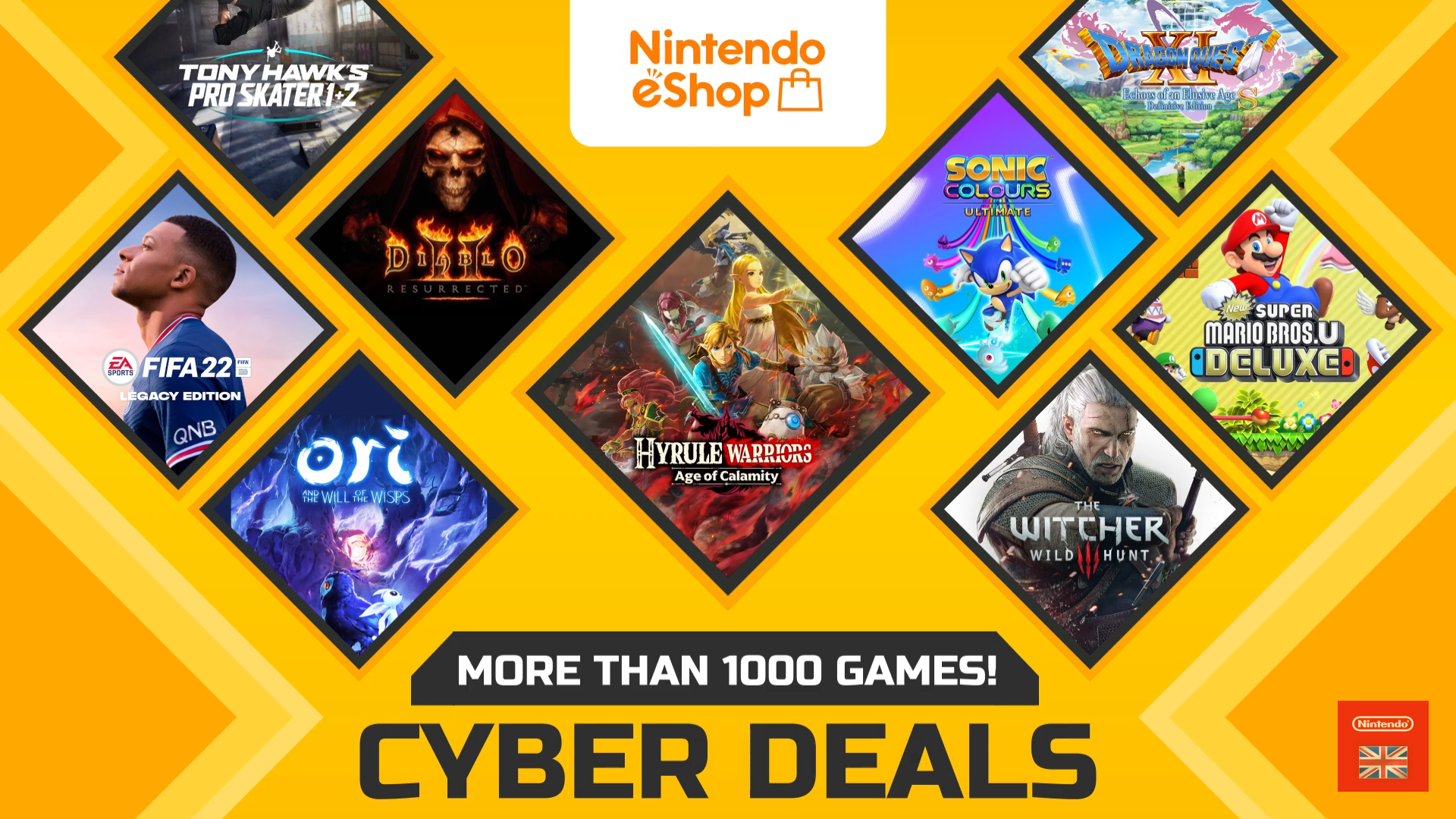 Nintendo UK has announced that they are holding a Nintendo eShop Cyber Deals sale from now until November 30th. There are over 1,000 titles that have been discounted including Hyrule Warriors: Age of Calamity, Tony Hawk’s Pro Skater 1+2, New Super Mario Bros. U, and Tetris Effect: Connected. Most games are on sale with a 33% discount but there are a few that are on sale with a 75% discount. You can find a list of some games that have been highlighted in the sale below. For the full list of Nintendo eShop Cyber Deals, Check out Nintendo UK’s official website.

The Nintendo eShop Cyber Deals sale is live! Save up to 75% off Nintendo Switch titles such as Hyrule Warriors: Age of Calamity, Tetris Effect: Connected, and hundreds of other games!