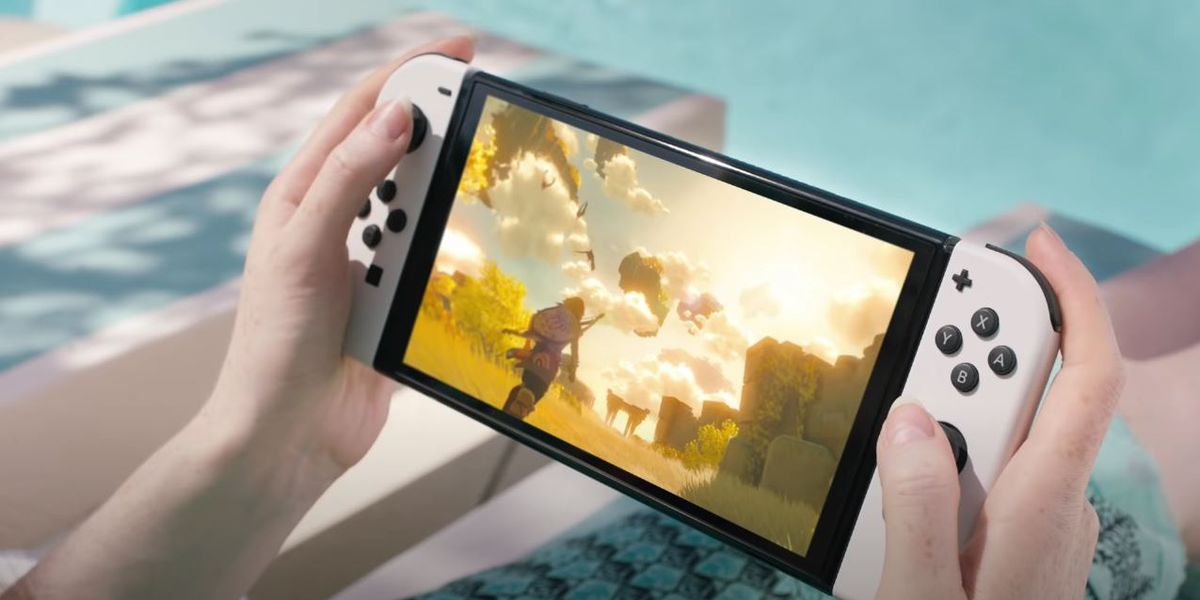 November 4, 2021 8:00 am Published by Jack Longman Leave your thoughts

The closer we get to 2022, the more we learn about next year’s line-up of games and we honestly can’t wait. It would be absolutely amazing if the sequel to The Legend of Zelda: Breath of the Wild, does release next year, but if it doesn’t, there’s plenty of other games to get excited about and in this list, whilst including some honourary mentions nearer to the end of this guide, here are the 5 Games we can’t wait to play on our Nintendo Switch – OLED Model in 2022:

As fans that really enjoyed the visual style of the Pokémon: Let’s Go games, especially how they showcase Shiny Pokémon in-game and have them viewable in the overworld, we can never resist a new Pokémon game and Pokémon Legends: Arceus has us salivating from excitement.

Why explore the present when players can rediscover the Sinnoh of old and discover previously unknown Pokémon evolutions that have become lost to the ages? With such a vibrant art style, this is most definitely a great game to play on your OLED, especially when it releases so close to the beginning of 2022.

As a series, Splatoon is no stranger to loud and proud bright colours and the fast-paced intense gameplay and killer soundtrack the games are accompanied with and Splatoon 3 will be no different. Like Metroid Dread, Splatoon 3 is a title that just demands being played on the Nintendo Switch – OLED Model.

PlatinumGames are no strangers to making exceptionally beautiful games and the Bayonetta series is particularly known for its artistic depictions and locations and Bayonetta 3,a game that was first announced in 2017, could very well go on to be the most explosive game in the series and radiate with an unmissable beauty that will look perfect on the OLED.

A personal opinion, one shared by a few of us here at Miketendo64, the first Mario + Rabbids game is hands-down one of the best exclusives the Nintendo Switch has to offer and the Donkey Kong Adventure DLC is one of the greatest DLC expansions known to man. The game was utterly beautiful and its sequel is set to carry on its legacy and take us across the galaxy.

We can not honestly picture playing MARIO + RABBIDS SPARKS OF HOPE on anything else but an OLED Switch and just in case further reasoning is required, let it be this, “Rabbid Rosalina and an OLED screen.” Need we say more?

The Legend of Zelda: Breath of the Wild is one of the greatest games Nintendo has ever developed and, despite some of its many vast but empty locations, there can be no denying it is a masterpiece and a shining jewel in Nintendo’s crown. OLED is not required to enjoy all that is excellent about the game, but just having an OLED makes a new playthrough feel all the more worthwhile and with its sequel currently planned for 2022, of course, this is a must-play game on OLED.

Team Asano made something truly impressive with the 2.5D RPG that is Octopath Traveler and TRIANGLE STRATEGY, their hotly anticipated follow-up (and non-sequel) looks amazing. Having already played the demo on our brand-new OLED Model Switch’s, we know how glorious the full game is going to look and while we’re unable to give this title a placement among our top 5 2022 anticipated games, we still had to mention it in some capacity.

It’s finally happening. The lovable pink lump that consumes everything in sight is getting his very own 3D outing and we simply can’t wait for it. Expectations are low and from what we’ve seen so far, compared to what we know about previous Kirby titles, we know that no matter what happens, this is certainly going to be a colourful adventure that will pop on OLED.

The developers at WayForward are no strangers to making beautiful games and judging by how vibrant and colourful the game is, as seen in its screenshots and reveal trailer, we can’t wait to gaze upon it with our Nintendo Switch OLED to hand. It’s a shame it will no longer make its 2021 release, but this year’s loss is next year’s gain!

Do you agree with our list? Are there any games you feel we’ve overlooked? Let us know!