[Feature] Fun For All The Family At Too Many Games 2021 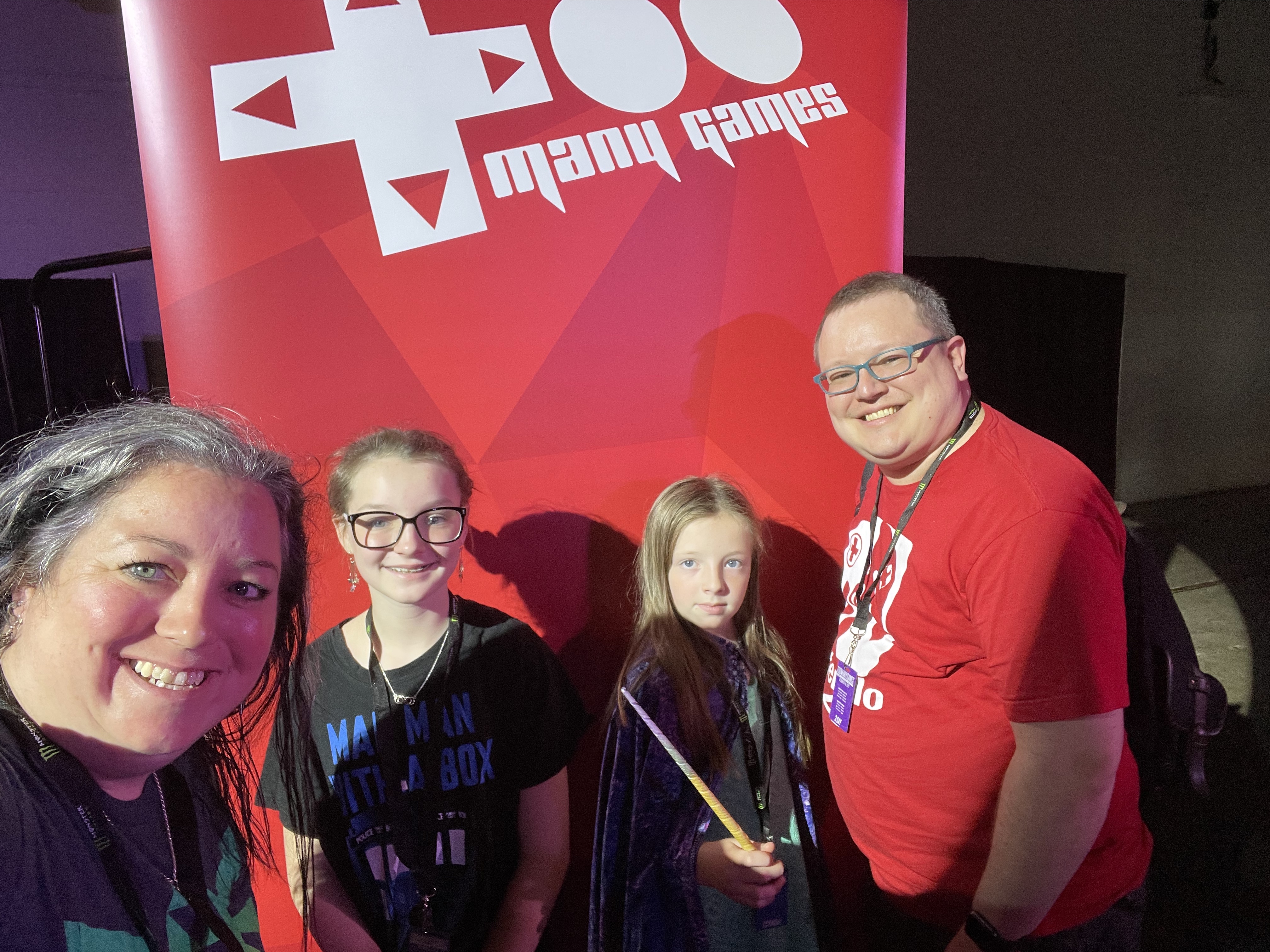 Too Many Games, in Oaks, Pennsylvania, is the longest-running video and board game convention in Pennsylvania. United States Correspondent & Content Writer Jonathan Ober was on the ground meeting with indie devs, retro and modern game sellers, artists, cosplayers, and more. Settle in for a review of the show, as well as inside information on a variety of upcoming games for Nintendo Switch and other consoles.

This is my second year at Too Many Games, so first and foremost, thank you to Too Many Games for hosting the event which takes over the Greater Philadelphia Expo Center for three days across several large rooms. The convention continues to grow and has a variety of areas for gamers to walk through and hands-on opportunities to play board games and video games from indie developers.

Across the main hall, there are dozens and dozens of booths from the custom t-shirt and swag apparel highlighting the gaming community. I saw a plethora of apparel artists taking their own bend on various brand logos and giving them video gamer appeal.

One artist whose work really gripped me was Cody James by Cody. His unique ballpoint pen art style of various video game and anime characters was inspiring. He is currently running a sale on his website, so if you are interested at all in the work that he is doing I would check out his website and order some prints.

I also talked with Andrew Baillie (pronounced Bail-e), who runs an indie developer-focused monthly service called Indie Apocolypse. You can check out the cover artwork here. He curates 10 indie-developed video games each month in a pack for $15 from itch.io in a ‘GamePass’ like service. If you are interested in indie games on PC through itch I would recommend checking out Andrew’s service offerings and helping indie devs getting recognition for their games.

Another unique service that I came across is that you could potentially get involved in Extra Life. Extra Life unites thousands of gamers around the world to play games in support of their local Children’s Miracle Network Hospital. The main idea is that 1) Sign Up –  Pledge to play games from your home or online on any day that works for you. 2) Fundraise & RECRUIT –  Ask your family and friends to donate to your fundraising and recruit others to join your team. 3) PLAY GAMES – Change the Future

Raise funds, have fun, and help the kids at your local Children’s Miracle Network Hospital! (excerpt from their website). If you and your family or friends are interested in playing games to raise money for a Children’s Hospital sign up and get involved.

Maybe one of the most unique booths I went to was for Other World A New Musical. I met with the writer Hunter Bell and another member of his team for an extended amount of time and got an overview of the musical he wrote. Below is an excerpt from the website that gives a glimpse of the story for the musical.

“One moment Sri and Lorraine are in a garage on Earth. The next, they’re magically and unexpectedly transported into Sri’s favorite video game, Other World. Now trapped in the game and in a race against the clock, this unlikely pair must work together, discover their inner strengths, and connect with gifted gamers and astonishing avatars in order to survive and find a way home.

With art direction provided by Academy Award-winning Weta Workshop (The Lord of the Rings, Avatar), this heartfelt, humorous musical explores the connections we make on- and off-line, while celebrating the families and friendships we need to thrive in any world. Join us for this spectacular, original, otherwordly adventure. Your journey begins…now!”

Their booth showcased the musical with a short trailer showing some of the early design and their cast in full costume. From what I learned, the show is going live in a theater near me in February. There is a good chance that our family may try and attend a show, so perhaps I can follow up on Miketendo64.com later next year.

I plan to write up some more about Too Many Games and showcase including indie devs and their games that I got to play, cosplayers, and a highlight for me, the Charles Martinet discussion panel. Stay tuned over the next few weeks to learn more about what I and my family experienced at Too Many Games.