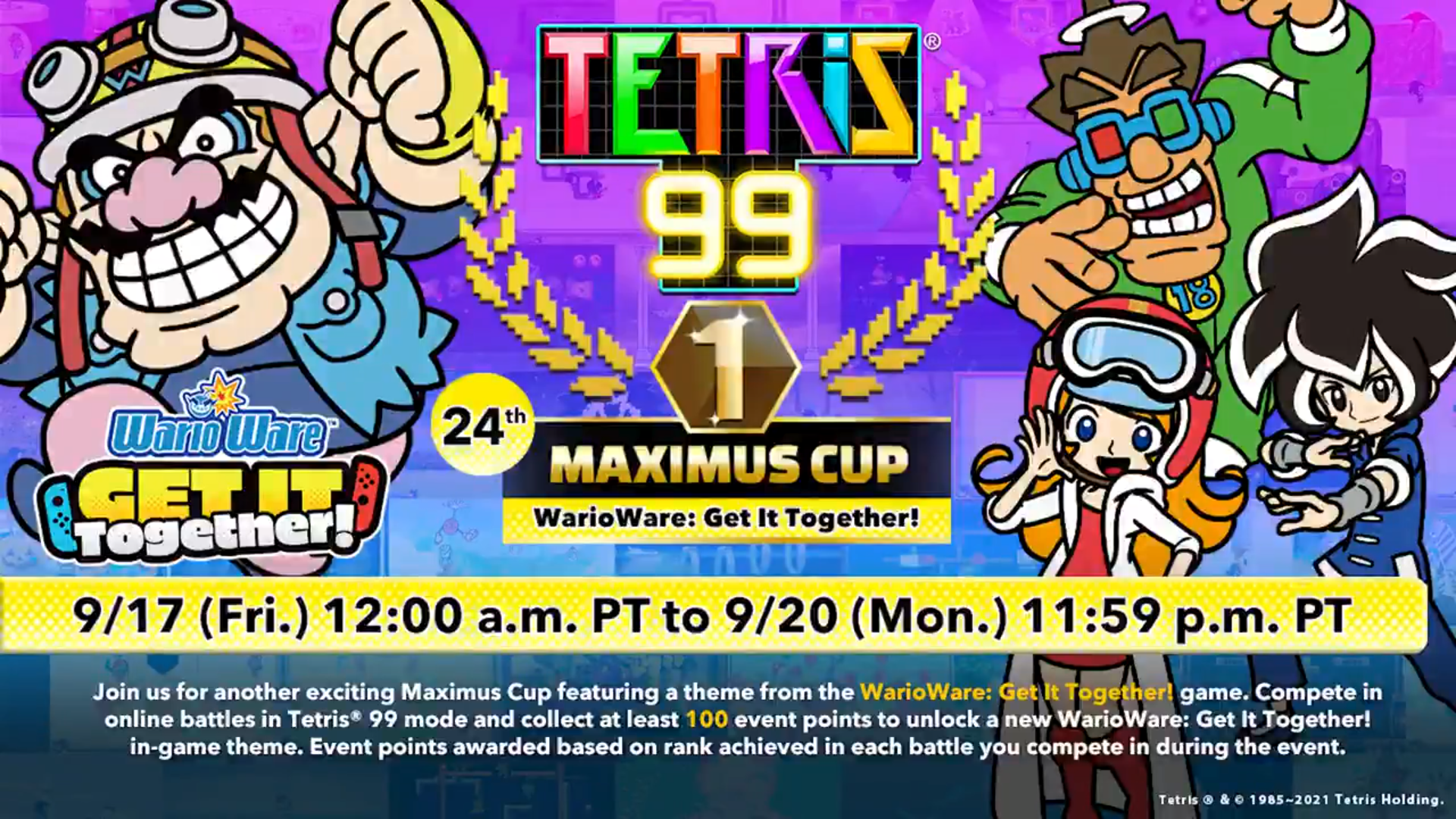 TETRIS 99 24th Maximus Cup Comes With WarioWare: Get It Together! Theme

Starting this Friday at 12 am PT (September 17th) and running until 11:59 am on Sept 20th, the TETRIS 99 24th Maximus Cup (Grand Prix in UK & Europe) will be held and it comes with a WarioWare: Get It Together! theme. Players who earn 100 points during the event will be able to keep the theme to use in other game modes.

Nintendo America has published a tweet announcing the 24th Maximus Cup and it comes with a short video that features the WarioWare: Get It Together! theme.